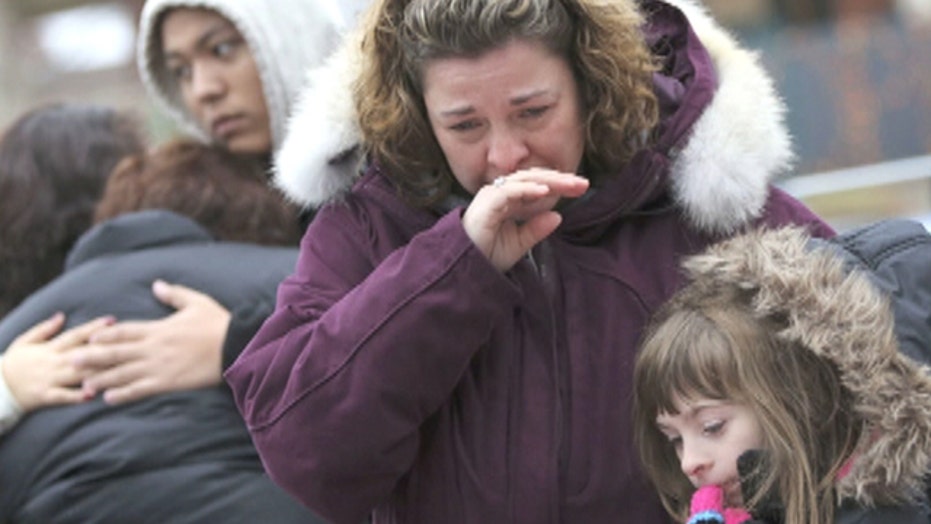 It is nearly one year since 20-year-old Adam Lanza killed 20 children and 7 adults on December 14, 2012 at the Sandy Hook Elementary School in Newtown, Connecticut.

We now know that Lanza, like mass shooters James Holmes in Aurora, Colorado and Jared Loughner near Tucson, Arizona and Aaron Alexis at the Washington Navy Yard and Seung Hui Cho at Virginia Tech was severely mentally ill.

We also know that Virginia state senator Creigh Deeds was stabbed repeatedly by his son, who later shot himself in the head, just hours after being discharged from an emergency room, where he had complained of severe psychiatric symptoms.

Lanza, who was diagnosed with Asperger Sydrome, but who may well have merited other diagnoses, was obsessed with the topic of mass murder, played violent video games (including one about school shootings) and lived in the basement of his mother’s home, with the windows covered with black trash bags.

According to official reports, his mother, who allowed him to learn how to shoot a firearm and whom he killed by shooting her in the head, had communicated with him only by email for the three months prior to her death, even though the two lived together.

I wish that I could say that the year since Adam Lanza’s horrific acts has been one during which gun control advocates have realized their anti-gun agenda misses the point: Firearms aren’t the responsible variable in mass killings; untreated or poorly treated mental illness is.

The worst episode of school violence ever, back in 1927, took the lives of 45 children and adults in Bath, Michigan and involved no gun.

There are tens of thousands of suicides in the United States every year. The rate of suicide has risen at least 15 percent in the last ten years.

Suicide is now the number one cause of injury-related death in the United States. And suicide surpassed combat deaths in the U.S. military during 2012.

I wish that I could say that the year since Adam Lanza’s horrific acts has been one in which the Surgeon General declared war on mental illness.

After all, the Obama administration is to be commended for issuing the Mental Health Parity and Addiction Equity Act, which seeks to prohibit insurers from specifically withholding mental health care services. And it is an important gesture that Vice President Biden announced funding of $100 million headed for community mental health centers and increasing access to care.

But while that legislation may provide some limited, increased access to care, it doesn’t address the massive problems with mental health care in America.

The mismanagement of mental health care relates to much more than putting it on par with managed care for diabetes -- which is no panacea, by the way.

We have a dramatic insufficiency of inpatient psychiatry units. And even if you build more, we restrict access to those units to patients who are actively suicidal or homicidal -- and just barely -- until someone on staff convinces them to say they won’t kill themselves or someone else.

We haven’t done anything to meaningfully coordinate police departments and the courts with the gutted community mental health care system.

We continue to cram the level of expertise available to psychiatric patients down further and further -- often out of the reach of M.D.s, with those in need only being seen, for all intents and purposes, case workers or nurses.

The Affordable Care Act (aka "ObamaCare") will make all of this worse, not better.

Hospitals and insurers will force doctors further from direct patient care, to save money.

The number of psychiatric patients these non-M.D. health care professionals try to triage and treat will increase dramatically -- without any new strategy to keep them safe and the public safe. So the most ominous cases may well slip through even bigger cracks.

HMO insurers still remain the wolf at the chicken coop -- pretending to be dispensing managed “care” while having demonstrated they care mostly about giving as little psychiatric treatment as possible to their members.

The most dramatic fact is not that there was a Newtown last year -- which was entirely preventable -- but that, with the blind eye we continue to turn to our shattered mental health care system, that there has not yet been another.