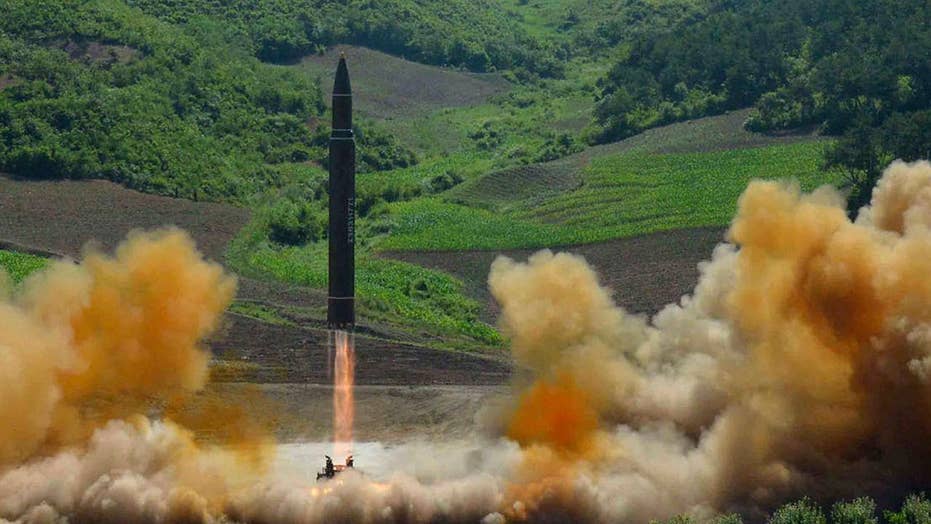 The fact that North Korea has developed an Intercontinental Ballistic Missile (ICBM), as well as a miniaturized nuclear warhead, has dominated recent news. The real story, though, is that this shouldn’t be a big surprise at all. In fact, for several years open-source intelligence (OSINT) has told us this was in the works.

Readers of Fox News Opinion have known since 2012 and 2013 that North Korea’s successful launch of the Unha-3 rocket in 2012 was more than just a successful rocket launch.

Using the same delivery system as the Taepodong-2, North Korea’s long range ballistic missile, the Unha-3 (which is believed to have range of 6,200 miles) was able to successfully put North Korea’s first satellite in space in December of 2012.

As Fox News Opinion published at that time, “It was validation that the North Koreans are much further along in developing their ballistic missile technology and have done so in close cooperation with the Iranian Islamic regime.”

“Ninety percent of intelligence comes from open sources. The other ten percent, the more clandestine work, is just more dramatic. The real intelligence hero is Sherlock Holmes, not James Bond.”

Using OSINT, Fox News Opinion readers have known for years that North Korea and Iran are both using the same miniaturized nuclear warhead design that can be traced back to the infamous Pakistani scientist, Dr. A.Q. Khan.

Further, using OSINT, Fox News was the first in the United States to confirm in December of 2012 that Iranian experts were at North Korea’s missile launch that month.  While this was first reported in non-Western media sources, it was not on any major Western outlets.

OSINT is a powerful intelligence tool and it tells us much, much more about North Korea. For example, OSINT suggests that North Korea may have actually conducted two additional nuclear tests several years ago which went largely unnoticed by Western media.

Further, North Korea may possess an Electromagnetic Pulse (EMP) nuclear warhead that would have the ability to take out a national power grid and destroy critical infrastructure.  In addition, recent OSINT now tells us that North Korean scientists have developed a quantum encryption device.  This could pose a major challenge to offensive cyber operations designed to disable North Korea’s launch capabilities.

While open-source intelligence is a great tool to gather intelligence, we should understand that it is not a new concept, but the internet has taken OSINT to a new level. The idea of acquiring information from publicly available sources such as newspapers, radio, and television, actually pre-dates the creation of the Central Intelligence Agency (CIA).

The mission of FBIS was enhanced to monitor all foreign media.  By the end of the Cold War, FBIS was regularly translating over 3,000 news outlets from over 60 languages.

Today, with the development of the internet and under what I call OSINT 2.0, there are advanced search engines that can easily provide this type of information.

Here, it should be noted that Google only gives you the most popular searches and not all open source information. Using advanced search engines and in different languages give you an idea of how limited our traditional searches are in finding useful intelligence.

Unfortunately, though, both the Commission on the Roles and Capabilities of the United States Intelligence Community and the WMD Commission were surprised and regretted that the intelligence community undervalued and underused OSINT in their operations.

The WMD Commission went so far as to express concern over “inadequate systematic use of outside experts and open source information, a shortage of analysts with scientific and technical expertise, and poor capabilities to exploit the data.”

Today, we have a president who is facing the most complex national security and foreign policy situation a U.S. president has ever faced.

The North Korean nuclear and ballistic missile threat to America is one of the greatest security challenges in generations.

We finally have an American president who is confronting it and showing real American leadership.  It is vitally important that he have all intelligence that exists, including the 90 percent known as OSINT, so that he can make the best decisions to keep America safe.

At that point, this president should also have the unqualified support of all those who value the safety of every American and the security of our great country. Politics should truly stop at the water’s edge.