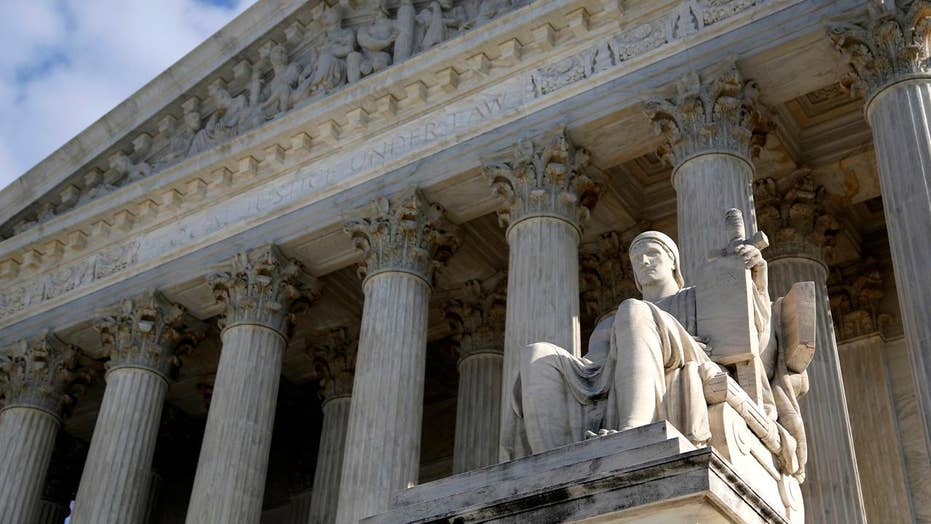 Here we go again.  We have seen this show before, the U.S. Court of Appeals for the Ninth Circuit has – once again on Monday – ruled against President Trump’s Article II national security prerogatives and in favor of an overbroad interpretation of the First Amendment’s religious liberty guarantee.  Bottom line:  Time for the U.S. Supreme Court to give the President back his constitutional role.

Like it or not, after recent events in Europe and predictions of incipient terrorism in the United States, much hangs in the balance.  This is not an academic discussion, but one that directly affects all Americans.  It boils down to whether or not more caution in screening potentially dangerous entrants to the United States is warranted, and who has the power to make that call.

To date, liberal judges have asserted that the president’s overbroad comments during a rough and tumble campaign mitigate against him, and that they have the power to say what national security is.

Put differently, they claim the president’s Article II powers to protect all Americans, through tailored means, from a palpable, identified foreign threat is second to their ability to read his mind – and they think he holds a prejudice against Muslims which justifies sidelining his constitutional ability to protect the nation.

Liberal judges claim the president’s Article II powers to protect all Americans from a palpable, identified foreign threat is second to their ability to read his mind.

Specifically, the latest ruling upholds a March 2017 decision by a federal district judge in Hawaii who found that the president’s narrowly recrafted order requiring a pause in migration from some countries and tighter vetting “disfavors Muslims.”

Let’s get down to basics.  A presidential candidate, concerned about rising global terrorism and tracking his Democratic predecessor’s focus on specific nations, talked of a halt to immigration from those nations.  As these terror-afflicted nations were majority Muslim, he used shorthand.  As in other instances, the president’s shorthand was easily subject to multiple interpretations.

Now, wind the clock forward.  More than a dozen terrorist events have occurred since that moment.  Many have been devastating.  Many have been tied back to those specific nations, which – yes – remain majority Muslim.

History does not stand still.  People learn, refine their thinking, and refine their words. The onetime candidate is now President of the United States.  In that role, he has constitutionally prescribed rights and duties.

He has gone directly to the Middle East, has spoken forthrightly, earnestly and hopefully to 55 top leaders of the region, most of whom are Muslim.  He has found common purpose with them, in battling terrorism.

More, he has actually inspired them – across the board – to join him in making their world and ours more secure by focusing on terrorism, and going the next step, restarting a moribund regional peace process.

Reactions to President Trump’s personal outreach to the Muslim world have been remarkable.   Foreign minister for the United Arab Emirates wrote: “Bravo President Trump,” an “effective and historic speech defining approach towards extremism and terrorism with candid respect and friendship.”

Egypt’s president, Abdel Fattah al-Sisi, said President Trump is “a unique personality that is capable of doing the impossible.” Palestinian president Mahmoud Abbas, standing with our leader, said: “I want to thank you [for inviting me to work on this] “historic deal to bring about peace,” adding “you have the desire to see it come to fruition …and to become successful.”

These leaders – and those they represent – are all Muslim.  As were others who thanked him and have pledged to work with him for peace in the Middle East, beginning with an end to terrorism.  No president has ever garnered that kind of response from such a group, and then beyond.

Israeli Prime Minister Benjamin Netanyahu said, “…for the first time in my lifetime, I see a real hope for change,” adding hope to “roll back… aggression and terror.”  The Vatican and our president spoke of a “joint commitment” to “promotion of peace in the world through political negotiation and interreligious dialogue….”

In short, the president has made clear his tolerance for all religious perspectives, so long as they foreswear terrorism, and do not seek violence against innocents.  What could be more clear, or more convincing than the actions that he has taken?

Yes, he also wants to protect all Americans.  That is part of what he was elected to do, what the U.S. Constitution asks and demands of him, and what he remains resolved to do.  The redrafted executive order was part of that process, and it is narrowly tailored to achieve that purpose, in an increasingly dangerous world.

Is it not time that those who freely and safely breathe rarified air in ivory towers and federal courtrooms step back, and thoughtfully take another look at this process?  The president is not blithely propagating prejudice or unfairly describing the problem.

Moreover, the president possesses Article II prerogatives of which no judge in America should be able to strip him.  This is not politics, not a time for cerebral jousting, and not a joke.  The president’s executive order is real, targeted and completely defensible.  The Supreme Court should now summarily uphold it – allowing Americans everywhere to breathe a sigh of relief.  If not now, when?