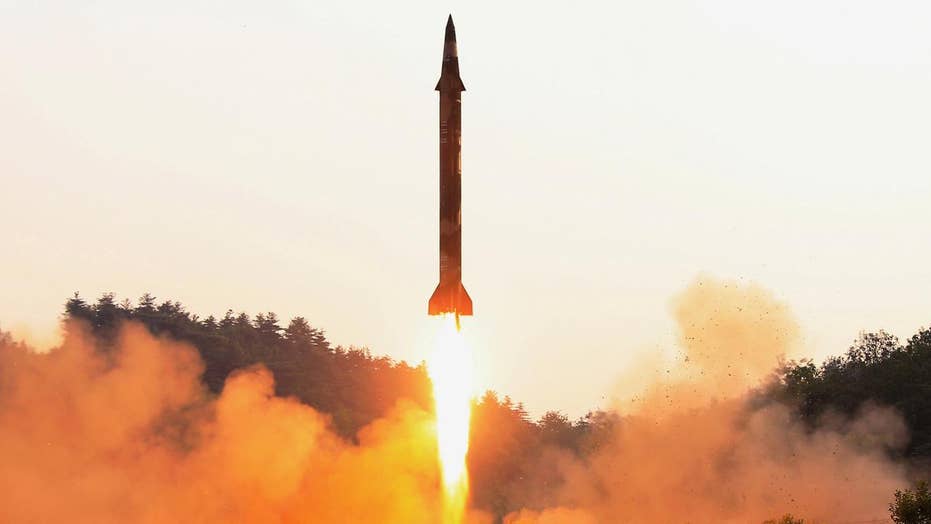 North Korea is already one of the most dangerous places in the world, and it’s becoming more perilous by the day.

I’m glad we are honing our ability to stop intercontinental ballistic missiles over the Pacific, but I hope our military leaders recognize that traditional nuclear war is only half of the threat the Kim Jong-un regime poses.

As I testified at the Senate Committee on Energy and Natural Resources earlier this month, the North Koreans have another offensive option, which they may already be able to execute and would be devastating to the United States – a weaponized electromagnetic pulse.

An electromagnetic pulse, or EMP, occurs when a relatively small but carefully designed nuclear warhead is detonated in the atmosphere. The explosion causes what can best be described as a massive power surge, which can damage or disable electrical devices for hundreds of miles on the ground below. As I told the Senate Committee, such an attack would be catastrophic to the United States because we are an electricity-dependent nation and our grid is ill-prepared to handle it.

I am not talking about simple, isolated, short-term blackouts like those which have occurred in New York, Los Angeles, or Detroit. These blackouts could encompass entire regions. Without proper preparation, the grid disruption (and destruction) caused by an EMP could take months to years to repair. Non-perishable foods would spoil from lack of refrigeration. Hospitals would run out of life-saving, temperature-controlled medications within days. Dialysis and other medical devices would stop working. Water systems that rely on electricity would stop pumping water and pipes would burst from the weight and pressure. The cascade of consequences of a protracted regional power outage would be devastating.

Bill Forstchen, who has been my co-author on several novels, lays out the effects of an EMP on a small town in North Carolina after the electrical grid was disabled in his New York Times bestselling novel, One Second After. Although it is a work of fiction, it is extremely well-researched – and terrifying.

But it is not impossible for this fiction to become a reality. Tom Clancy, after all, wrote about an enemy of the United States weaponizing a commercial air plane seven years before the terrorist attacks of September 11, 2001.

Peter Vincent Pry, who leads the Task Force on National and Homeland Security and served on the Congressional EMP Commission, warns that North Korea may be closer to EMP-capability than many experts think.

On May 4, coincidentally the same day I spoke to the Senate Energy and Natural Resources Committee, Pry wrote that many in the national security world and media have erroneously downplayed the threat from Pyongyang. A successful nuclear strike on U.S. soil would require a great deal of precision and advanced missile technology – two things the North Koreans have apparently not yet attained – but Pry points out a successfully launched EMP requires much less.

“An EMP attack entails detonating a nuclear weapon at high-altitude, above the atmosphere, so no reentry vehicle is necessary to penetrate the atmosphere and blast a city. The area of effect of an EMP is so enormous — a warhead detonated at an altitude of 30 kilometers will generate an EMP field on the ground having a radius of 600 kilometers — that an accurate guidance system is unnecessary,” Pry wrote.

It is good that our military leaders have all eyes trained on North Korea, but we must do more to mitigate the threat.

As I told senators this month, Congress needs to work to cut red tape and enable innovation so that we  can work to harden our power infrastructure against an EMP attack in communities across the United States. This means, in part, designing systems that favor resistance, resilience, and redundancy over simple efficiency. It also means moving to a more diversified grid, which can be more easily restored.

This preparation will require active collaboration between federal, state, and local governments as well as the private sector to foster an environment for innovation and to remove the hurdles preventing the quick responses that will be necessary to defend our power grid.

This will not be easy or cheap, but the threat is real – and we don’t want to be caught in the dark.