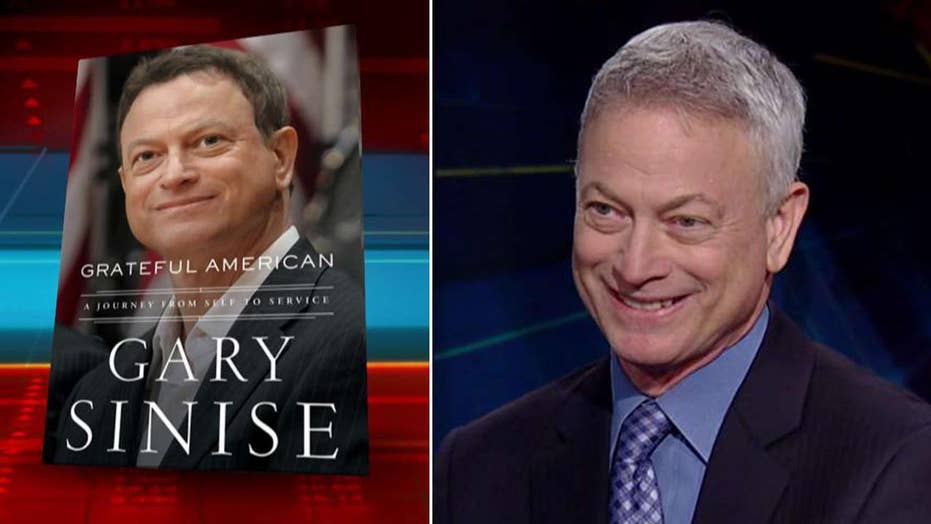 Gary Sinise on his new book 'Grateful American: A journey from Self to Service'

Actor and author Gary Sinise on his struggles, successes, and his support for veterans and their families.

As we all pause on Monday to honor the brave men and women who spend their lives protecting our freedom and security at home and abroad, I wanted to take time to also honor a man who has spent much of his life helping them.

Gary Sinise, who many of you may know for his portrayal of Vietnam veteran Lieutenant Dan in Oscar-winning film "Forrest Gump," has devoted more than 40 years to supporting and advocating for America’s veterans. Having veterans in his own family, he grew up aware of the unique challenges that they face when they return from serving the country.

However, after the Sept. 11, 2001, terrorist attacks, Gary was moved to devote a far greater deal of his time helping our service members and first responders who keep us safe every day. As he put it, his earlier efforts were seeds planted along the way, which had grown into a much stronger, more meaningful desire to serve.

MICHAEL FERRITER: WANT TO HELP OUR MILITARY VETERANS? HERE'S HOW

Gary generously joined me on this week’s episode of "Newt’s World," and we had an extraordinary conversation about all the ways in which we as Americans can help the courageous people who sacrifice their time, gifts, service, and sometimes lives to defend our country.

I was deeply impressed with, and frankly inspired by, the sheer depth and breadth of activities and advocacy efforts in which Gary is engaged. The Gary Sinise Foundation leads programs to help modify and remodel the homes of veterans who were disabled during their service, supports veterans who are suffering from physical or psychological trauma, educates both veterans and nonveterans in overcoming challenges from war, and a host of other important efforts.

I also spoke with Gary about his book, "Grateful American: A Journey from Self to Service," which tells the story of how he came to realize how critically important our veterans were – and why he needed to focus more of his time and energy making sure they got the support, honor, and respect they deserve.

Having grown up in a military home (my father was a career infantryman in the U.S. Army), my conversation with Gary was profoundly interesting and deeply moving.

I hope you will listen to this week’s episode of "Newt's World" – and think about how you can honor the veterans in your life this Veterans Day.