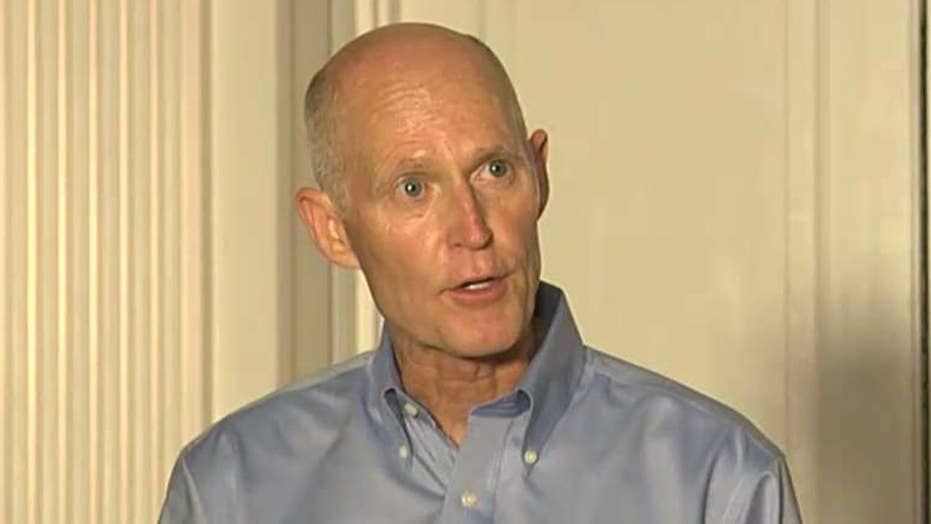 Watch the Democrats try to steal elections, and think about how Democratic dishonesty is a much greater threat to freedom than some unproven Russian conspiracy.

As you watch the long, long, long counts in Florida, Arizona and California, remember the long count which stole Republican Sen. Norm Coleman’s Senate seat for Democrat Al Franken in Minnesota back in 2008.

Remember Democratic candidate for governor in Georgia Stacey Abrams’s assertion that her "blue wave" was made up of both legal and illegal residents. Remember that 22,000 of the applications her voter registration group filed in Georgia were either canceled, duplicative or couldn’t be reconciled (probably because the voters did not exist).

NEWT GINGRICH: THE ONE BIG THING THE LIBERAL MEDIA NEVER TOLD YOU ABOUT TRUMP AND THE MIDTERMS

The Democratic supervisor of elections for Broward County, Florida, Brenda Snipes, has a consistent record of breaking the law and trying to steal elections.

When you have the state’s sitting governor and Republican Senate candidate, Rick Scott, filing a lawsuit against "rampant fraud" and saying, "I will not stand idly-by while unethical liberals try to steal an election," you know things have gotten very serious.

In Arizona, you can bet that many of the 400,000 mail-in ballots still outstanding will turn out to be non-existent or cast by illegal immigrants – or simply made-up by the election officials in two of the state’s most liberal counties. Already, the Arizona Republican Party has alleged that left-wing election officials in one county destroyed evidence related to early voting irregularities.

The fact is that after all of their feigned worries about Russia influencing the election, Democrats will end up stealing a lot more votes than Vladimir Putin ever dreamed of taking.

And worry for the very fabric of our country.