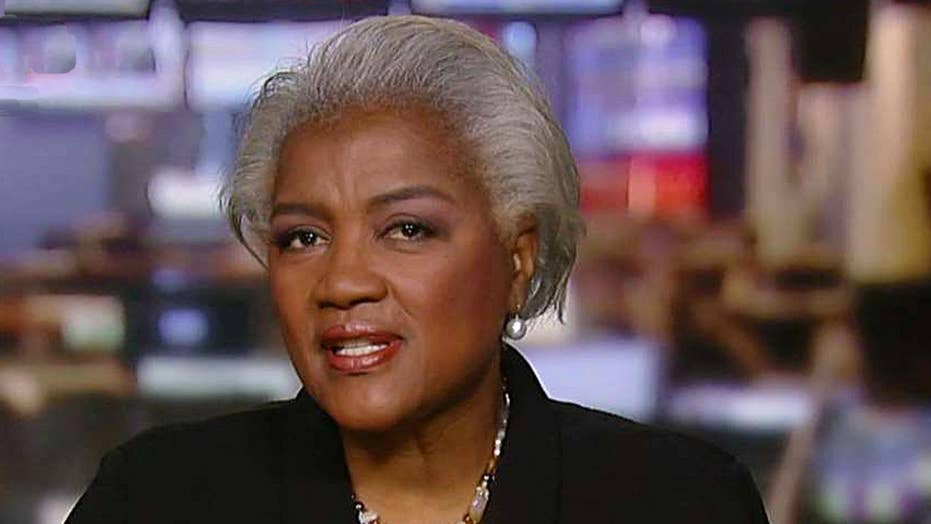 Donna Brazile: We need to see the full Mueller report to get a better understanding of what happened.

“War is politics by another means.” Those words were said by General Carl von Clausewitz, a 19th century military theorist who studied all things war related. Make no mistake – the 2020 presidential campaign is war by another means, and the Russian collusion issue is only one front in what will continue to be an all-out, never-ending assault.

The Mueller report turned out to be one of many weapons the Democrats have in this war against Trump. Mueller’s report is a dull weapon that has led to sharper weapons that may possibly lead to a president leaving the White House in handcuffs for the first time in United States history.

But before popping the champagne bottles, Democrats may need to take another lesson from our military theorist.

Von Clausewitz had another gem that Trump supporters should get used to. The theorist taught that war is fought not just to prevail in one’s objective, but also to render the adversary incapable of regenerating. Welcome to presidential politics in 2019. The Democrats have one objective: to remove Trump from the presidency if not through impeachment, and an arrest, then at the ballot box.

The problem for Donald Trump is that his defenses are compromised by endless vulnerabilities. This is where the sharp war weapons (compliments of the Mueller report) come in: Twelve other investigations; continuing congressional investigations; new discoveries that will undoubtedly be made; and Trump’s own capacity to shoot himself in the foot. Oh, and the fact that the president is vulnerable to friendly fire from his own party.

Let us not blame this war on Robert Mueller, the special prosecutor in charge the Russia probe. This war weapon, aka the Mueller report, is the result of Trump’s own doing. Any way you look at it, Trump started a war of words with a cockiness never before seen on the U.S. or world political stage.

With over 7,000 tweets to his name, the reality star basically begged for the Democrats to hate him from day one. “Come and Get Me” should have been his slogan – not “Make America Great Again.” He was begging for a war in a swamp that’s been causing non-stop battle scars since before Watergate.

I interviewed Mueller when I was a contributing editor at the Washington Post Magazine. A few months after 9/11, he gave me a tour of the newly rebuilt section of the Pentagon. He was our FBI director at the time, and that made me feel safer as an American citizen. He was everything I wanted in a leader: polite, professional and stoic.

When he was named to head the Russia probe, all sides cheered, and I knew why. Democrats and Republicans alike knew he would do the job well and fairly.

Then things got ugly.

Mueller had to endure a whirlwind while remaining courageous and keeping his head down. Most prosecutors want to prosecute. But Mueller exercised his judgement and said there was “no cause of action.”

This should give Americans so much confidence that the system works. Mueller did not waste taxpayer dollars by needlessly prosecuting. He stayed honest. He protected the integrity of the system at a time when we are all so skeptical. He lived up to his reputation as an umpire calling balls and strikes. He’s wasn’t there to influence the game.

But, his report did land in the middle of a battlefield: the war that Trump started.

In the course of this investigation, Mueller and his team found many things that constituted criminal behavior, which they appropriately turned over to federal prosecutors in New York, Virginia and Washington, D.C. The Democrats are seeing the smoke, and they’re fanning the flame. Republicans would do the same, and they have.

Today’s political climate is like war. As someone with a front seat to our nation’s politics, I can say that it’s been like this for a long time. But as with all things Trump, this war is bigger than ever.

A presidential campaign is about getting the power of the presidency. When the stakes are this high, this is what people do. As General Carl von Clausewitz believed, when you’re willing to go to war, you have to be willing to do what it takes. You can’t hold back, because the other side is not going to hold back. President Trump should have thought of this when he practically dared Democrats to “come and get me” with every “there’s no Russian collusion” tweet.

Inmate Trump may be a bit more humble. It’s not personal. It’s war.