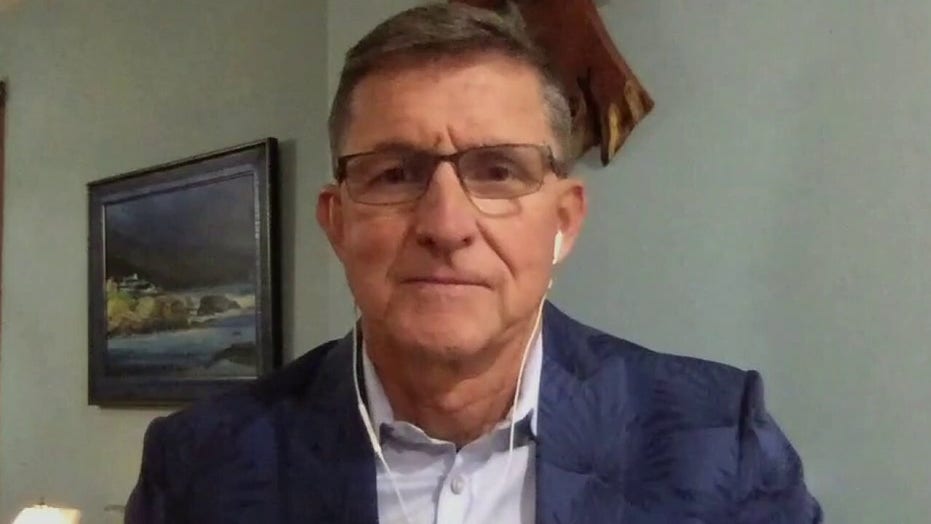 I have known retired Army Lt. Gen. Mike Flynn for many years. Despite what the bureaucratic establishment, Democrats and the liberal news media have tried to do to him over the last four years, I know that he is a great American and a patriot.

I had the great pleasure to sit down with Flynn this past week and talk about his experience serving our country — and then living through the vicious attacks that he endured for daring to challenge the D.C. Swamp.

The Gen. Flynn I know is wholly devoted to his country, his family and his wife of 39 years. Born in Middletown, R.I., in 1958, Flynn courageously and selflessly served 33 years in the U.S. Army.

After serving in two national security roles under President Barack Obama’s administration, Flynn was appointed in 2017 as national security adviser to President Trump. Flynn was then embroiled in what has become known as Russiagate — the phony Democratic political assault that alleged the Trump campaign conspired with Russia to influence the 2016 election.

Flynn and his family endured tremendous pain and threats from the government he served for three decades until he was pardoned Nov. 25 by President Trump.

Flynn joined me on my “Newt’s World” podcast to share his story with us. Our conversation was so in-depth — and his story so important — that we are breaking it into two episodes.

My father served 27 years in the infantry, so I have a deep appreciation for people who serve in the military. This is a foundation of the respect I have for Flynn. It also serves as the basis for my anger over what he endured for daring to buck the establishment system and support President Trump and America First policies.

I’m confident the attack on Flynn will be recorded in history as one of the most visible political hatchet jobs ever performed by the U.S. Justice Department.

We will fully discuss the attacks on Flynn in the next episode, but this week I wanted to focus on his career in the military so that you can get an idea of how profound his service has been.

Military service goes back generations in the Flynn family. His grandfather served in both World Wars I and II. Flynn’s father retired as a master sergeant and served in World War II and Korea. His two brothers also served, along with a long list of his relatives who have served our country.

Flynn’s first assignment after leaving Army Ranger and intelligence training was with the famous 82nd Airborne Division. It was there that he became entrenched in the emerging world of electronic warfare — and it was this early assignment that convinced him that he would spend his career in the military.

From his early assignments in Honduras, Haiti and Grenada under President Ronald Reagan’s administration, to his service as an instructor traveling all over the world to train our military forces, to his leadership in running operations in Afghanistan, Flynn shared with me some of the major lessons he learned during his career.

Before coming to Washington, Flynn served in virtually every major conflict zone in recent history. He had a tremendous impact on just about every one of them through his intensive training in intelligence and operations.

Then his transition from active military service into the Washington-based bureaucracy turned out to be a more treacherous battlefield for Flynn than any of the conflict zones in which he had been operating.

Despite Flynn’s willingness to disagree with the Obama administration’s foreign and national security policy, Obama twice appointed him to serve the country in top national security and intelligence roles (and the Senate approved his appointments both times).

But this all changed when Flynn began to advocate for then-candidate Trump in 2015. Then the swamp’s attack began.

I hope you will listen to this week’s episode and hear the true story of Gen. Mike Flynn.