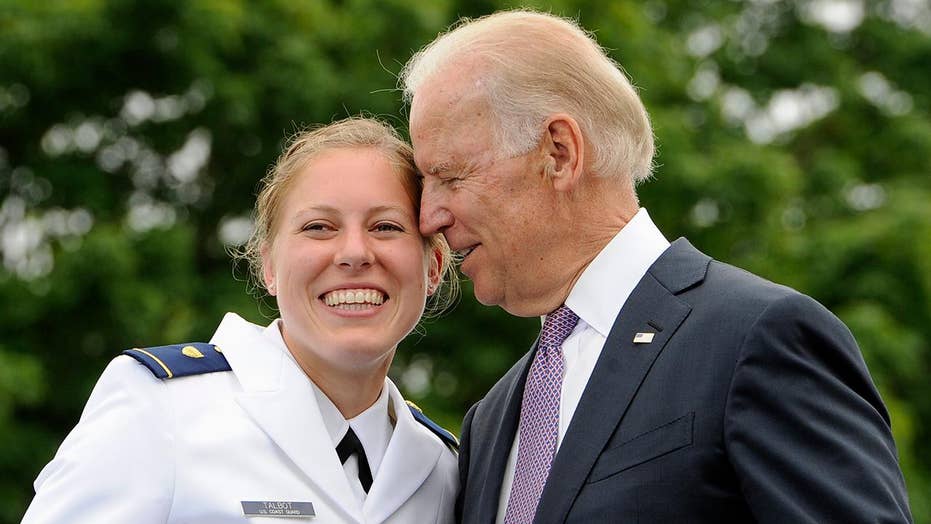 As former Nevada state assemblyman and twice-failed candidate for higher office Lucy Flores waited backstage at a campaign rally in 2014, then-Vice President Joe Biden traumatized her. “My brain couldn’t process what was happening. I was embarrassed. I was shocked. I was confused,” she wrote in an essay published last Friday. Flores wished the earth would “swallow her whole.” She “couldn’t move…couldn’t say anything.” What had Biden done to inflict such trauma? He put his hands on her shoulders and smelled her hair.

Amy Lappos relates a similarly harrowing tale from a Greenwich fundraiser in 2009. She recalls, “It wasn’t sexual, but he did grab me by the head…to rub noses with me.” Lappos describes the decade-old nasal assault as evidence of Biden’s “misogyny,” that is, hatred of women. Caitlyn Caruso, who met Joe Biden at a campus event during college, now complains that he hugged her “just a little bit too long.” DJ Hill, a 59-year-old woman who asked to take a photo with Biden at a 2012 fundraiser in Minneapolis, claims he made her “very uncomfortable” during their encounter. How so? Biden placed his hand on her back when posing for the photo.

The ladies doth protest too much methinks. Joe Biden may be an unctuous, glad-handing politician, but there is no evidence that he is a sexual predator. The convenient timing of these revelations, launched coincidentally by a vocal supporter of Bernie Sanders at precisely the moment Biden hopes to challenge her preferred candidate for the 2020 Democrat presidential nomination, raises doubts about the accusers’ motives.

“If Biden truly supports women and gender equality he would step aside and support one of the many talented and qualified women running,” insisted Lappos. Her blunt and transactional language evokes less the image of a fragile woman recounting a trauma and more that of a mobster extorting money from a mark.

Over more than half a century in politics, no rumors of sexual misconduct have ever circulated about Joe Biden. Even if they had, lechery rarely costs a politician his career. In 1969, Ted Kennedy let his mistress drown in an Oldsmobile. When Kennedy died 40 years later, Democrats hailed him as “the Lion of the Senate.” Bob Menendez, whom federal prosecutors believe slept with underage prostitutes in the Dominican Republic, continues to serve in the U.S. Senate. Countless women have accused Bill Clinton of sexual misconduct, including rape. Not only did Clinton survive impeachment, Democrats nearly returned him to the White House in the last presidential election, ironically as “First Gentleman.” 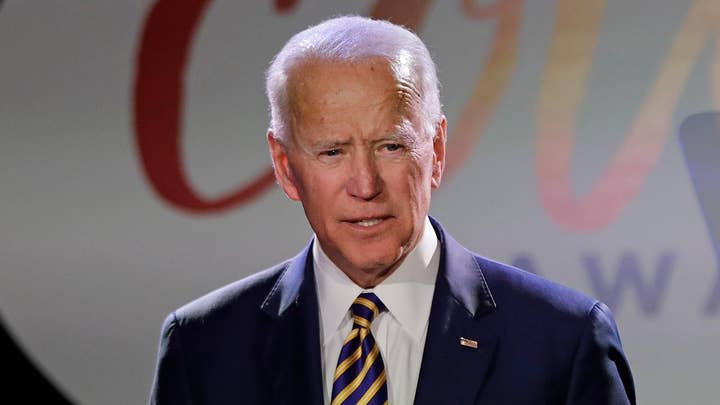 Voters can forgive a cad, but they can’t take a joke. While the cynical attacks on Joe Biden do not expose the former vice president as a sexual assailant, what they reveal is more politically damaging: Joe Biden isn’t a predator – he’s a punchline. The accusers’ stories depict an out-of-touch, insubstantial old man desperate to ingratiate himself to everyone. The tales are not incriminating; they’re humiliating.

In 1988, a plagiarism scandal forced Biden out of the presidential race. It also reinforced his image as an empty suit. When Biden has chosen his own words, he has consistently demonstrated a willingness to say whatever it takes to win a vote. In 2012, he warned black voters that Mitt Romney would put them “all back in chains.” Just last week Biden strutted his intersectional bona fides by calling for the abolition of Anglo-American jurisprudence.

As Howard Fineman observed, “Biden is not an academic, he's not a theoretical thinker, he's a great street pol. He comes from a long line of working people in Scranton – auto salesmen, car dealers, people who know how to make a sale.” The walking simper salesman schtick has served Biden well, earning him six terms in the Senate and two as vice president of the United States.

Now at long last, all those nuzzles and kisses and back pats and hugs have caught up with him. As his presidential prospects dwindle, all Joe can do is grit his teeth and smile.