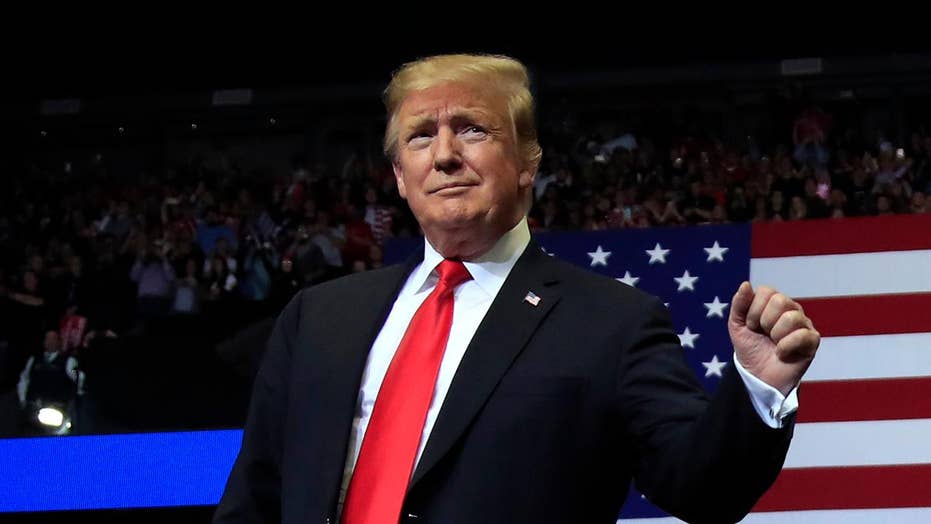 Trump: The collusion delusion is over

After 675 days of investigation, 2,800 subpoenas, and 500 witness interviews, Special Counsel Robert Mueller has concluded that not one single American conspired with Russia to interfere in the 2016 presidential election. Two days after Mueller exonerated President Trump on baseless accusations of “collusion,” the Justice Department exonerated him on the charge of obstructing justice.

The following day, the Southern District of New York arrested celebrity Democrat lawyer Michael Avenatti for extorting tens of millions of dollars alongside unindicted co-conspirator and CNN legal analyst Mark Geragos. Two days later, the Green New Deal failed to receive even one affirmative vote in the Senate, as the bill’s dozen Democrat co-sponsors, half of whom are currently running for president, sought to distance themselves from the radical and unpopular legislation. Two months ago, the author of the Green New Deal declared that global warming would kill all life on earth within 12 years if the Senate rejected her bill. Two days ago, she encouraged the Senate not to vote for it, perhaps in light of a NASA report the day prior announcing that the world’s fastest-melting glacier is once again growing.

MICHAEL KNOWLES: TRUMP HAS BACKED HIS DEMOCRATIC OPPONENTS INTO A CORNER – A RACE TO THE LEFT WON'T SAVE THEM

Conservatives have not had so triumphant a week since the fall of the Berlin Wall. The past two years have offered many successes, from President Trump’s victory in 2016 to the successful confirmation of Brett Kavanaugh to the Supreme Court. But none so thoroughly demolished so dominant a leftist narrative as the collapse of the Russia collusion hoax. The week’s subsequent triumphs only further vindicated the central conservative consolation, more comforting than any discreet political victory: reality, eventually, reasserts itself. 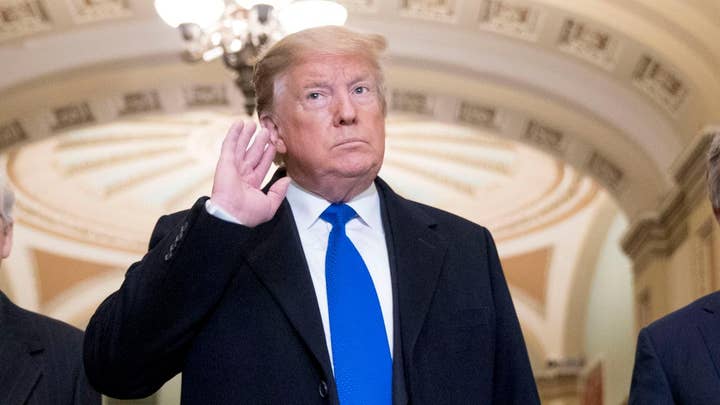 During a 1963 speech before the Irish Parliament, President John F. Kennedy quoted the playwright George Bernard Shaw. “Other people,” said Kennedy, “see things and say, 'Why?' But I dream things that never were, and I say, 'Why not?’” Kennedy’s brother Robert liked the line so much he made it the theme of his 1968 campaign for president. Countless Democrats have since regurgitated the quotation, all apparently unaware that the line comes from Shaw’s play Back To Methuselah, and the serpent utters it to tempt Eve in the Garden of Eden.

The left relies upon the politics of fantasy to tempt voters. Some see President Trump’s victory in 2016 and ask, “Why?” Others dream Russian collusion that never was and ask, “Why not?” According to the politics of fantasy, mankind is on the verge of perfectibility, if only we give the government just a little bit more money and power. The world will end in a dozen years if we fail to pass a freshman congresswoman’s first bill. “Some men have uteruses,” insists Planned Parenthood, the same left-wing behemoth that denies the humanity of human babies.

The major television networks, ABC, CBS, and NBC, promoted the Russia collusion narrative for a combined 2,285 minutes, according to the Media Research Center. That comes out to an average of three minutes per night for 791 consecutive nights. Left-wing cable networks peddled the lie nearly 24 hours per day. Current and former high-ranking government officials accused the president of treason. None of it had any basis in reality.

The politics of fantasy offers the left a significant short-term advantage, appealing variously to voters’ fears, desires, perversions, and pride. It contrives any narrative, abides any lie, and courts any convenience – truth be damned. In the long run, however, those who trade reality for fantasy make a deal with the Devil, and the Devil will have his due.