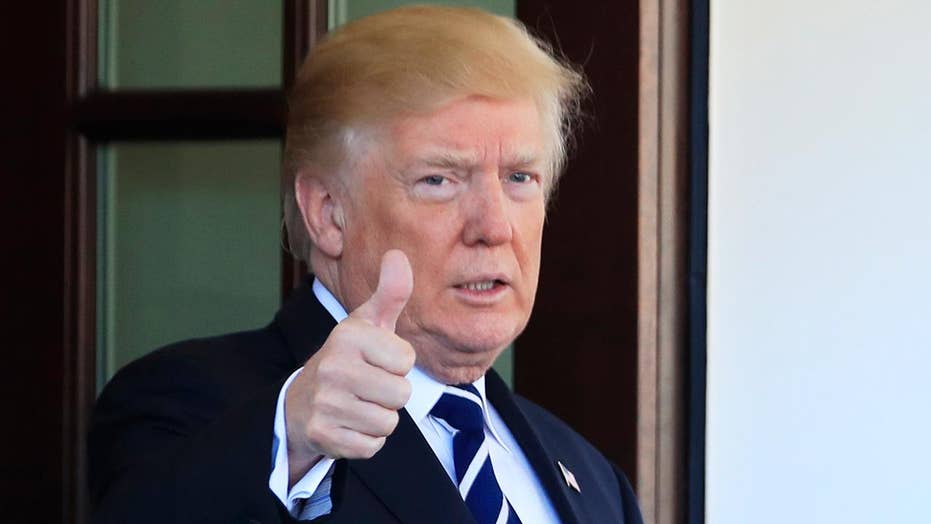 There’s lying like a rug and lying like the media. In the former, the person just collapses motionless. In the latter, the person actively seeks to distort the truth and convince people that a tax cut is actually a hike.

That’s the script of almost every major media disaster in 2017. Journalists misrepresent the details and try to convince their audience with a mix of invective and shouting. It’s precisely what happened with the GOP’s tax cut vote.

Media attacked the plan 24-7 and then labeled it “deeply unpopular.” Shocker. MSNBC compared the move to a “post-Soviet kleptocracy” and claimed the GOP is “stealing from the rest of us, stealing from the majority,” as New York Times columnist Michelle Goldberg did. Her fellow columnist Paul Krugman called it a “nightmare,” though he also predicted post-election “we are very probably looking at a global recession, with no end in sight.”

NBC “Today” co-host Savannah Guthrie seemed shocked that Republicans thought the tax cut would help employees. She even asked House Speaker Paul Ryan: “Are you living in a fantasy world?”

Several companies have since announced that they are giving raises or bonuses to their workers following the cut. Ironically, these include NBC’s parent company Comcast. So Guthrie stands to get one of the bonuses she mocked as a “fantasy.” Oops.

The attacks were almost nonstop, with news reports and pundit talking points indistinguishable. ABC hyped: “The biggest tax cuts will go to the wealthy, corporate America.” MSNBC host Rachel Maddow mirrored that spin, whining about how corporations were getting an “embarrassing amount of money.”

In the end, only 17 percent of those surveyed thought they would get a tax cut, according to an NBC News/Wall Street Journal Survey. But the reality is that 80 percent of taxpayers are scheduled for a cut.

As with any major issue of the day, the story was filled with crazy and hyperbolic reactions. HuffPost contributor Andy Ostroy mocked Sen. Tim Scott, R-S.C., who is African-American, as a “prop” for the signing of the legislation.kyle burgess

Scott’s response was a slam dunk and called out the obvious racism of his accuser. “Uh probably because I helped write the bill for the past year, have multiple provisions included, got multiple Senators on board over the last week and have worked on tax reform my entire time in Congress. But if you'd rather just see my skin color, pls feel free.”

Then there was comedian Rosie O’Donnell. She tweeted out what appeared to be an offer of a $2 million bribe each to Sens. Susan Collins, R-Maine, and Jeff Flake, R-Ariz. Sparks flew when conservative commentator Ben Shapiro joked: “If Trump orders Sessions to investigate Rosie, he will be carved into Rushmore by Friday.”

Utilizing her characteristic class, O’Donnell responded with an obscene expression directed at Shapiro.

2. Another Scoop Ignored: What do you call a major news story that embarrasses the Obama administration? Not news. Even left-leaning Politico learned this when it published, “The secret backstory of how Obama let Hezbollah off the hook.” The story told how Team Obama derailed law enforcements efforts to halt drug running by “Iranian-backed terrorist group Hezbollah” in the quest for the Iran nuclear deal.

The broadcast networks censored the news story for three straight days. After all, who wants to know when a president ignores the efforts of terrorists to fund their operations by selling drugs in America? Author Josh Meyer appeared on Fox News Channel to defend his story, making the point it wasn’t a grand conspiracy. “Their policy of rapprochement with Iran and their effort to get the nuclear deal created a political climate where that result was a derailment of this policy.”

3. New York Times Welcomes Back Alleged Harasser: New York Times reporter Glenn Thrush has a new lease on his work life and he’s soon to have a new beat, as well. Thrush was one of many prominent media figures to be accused of sexual misconduct in recent weeks.

The Times decided “he does not need to be fired,” but it is removing him from the White House beat where his left-wing reporting made him a flashpoint. Vox had written a damning piece about Thrush that set in motion the suspension. “If Thrush is acutely aware of what young women face in the business of political journalism, he should also know it’s because he himself is one of the problems women face,” wrote Laura McGann, adding details of her own issues with him.

The sharks began circling around Rolling Stone’s Matt Taibbi, as well. The Washington Post’s Kathy Lally skewered him in a recent op-ed about her time as a correspondent for the Baltimore Sun in Moscow. Lally described an unrelenting amount of harassment from Taibbi and his business partner. “We dragged ... Lally’s charred (body) through the dust-and-fly-infested streets of our newspaper for all to have a laugh,” quoted Lally from Taibbi’s book.

This story has been floating through social media for weeks. Yet Rolling Stone has seemingly ignored it.

ESPN is having similar problems. According to the Boston Globe: “Some women said that the environment at ESPN can be so hostile – and plum positions for female sports journalists so precarious – that they hid pregnancies and felt pressured to take short maternity leaves in order to protect their positions.”

It was a bad week for the “sports” network. Liberal CEO John Skipper, who the Washington Post called a “gangly, Southern hippie,” also resigned due to substance abuse.

4. The Post Loves The Post, The Times Does Not: Hollywood doesn’t deliver truth. That’s not what movies do, which explains how we ended up with Oliver Stone. It’s also how we got Tom Hanks and Meryl Streep in “The Post,” a retelling of The Washington Post’s involvement in the Pentagon Papers.

Only it wasn’t the Post that broke that story. It was The New York Times. Back in May, the Columbia Journalism Review showed how angry Times staff were about it in “Hell hath no fury like The New York Times scorned by Hollywood.”

“It is the Times whose name is on the landmark 1971 Supreme Court case that affirmed the right to publish the classified documents. And it was the Times that won the 1972 Pulitzer Prize for meritorious public service for its labors,” CJR reported.

That hasn’t stopped the Post from going Hollywood about its movie, writing more than 3,300 words about itself. All of those ego-inflating sentences were meant to push one agenda item: “It couldn’t be more timely.” Hint, hint: It’s about Trump. Add to it that the film was produced by lefty Participant Media, which also produced former Vice President Al Gore’s “Inconvenient Truth” quasi-documentaries.

5. A Shout Out To ‘Fox & Friends’: Mediaite released its “Most Influential in Media 2017,” list, including 75 top names in journalism and entertainment. Ensconced firmly in the No. 1 slot were “‘Fox & Friends’ Co-hosts Steve Doocy, Ainsley Earhardt, and Brian Kilmeade.”

Mediaite sums it up quite clearly that President Trump “regularly starts his day watching” the show. “Since they have captured the President’s attention – which often then gets tweeted and covered by the media – the topics they cover essentially set the national agenda for the rest of the day,” it wrote. President Trump even tweeted congratulations.

Seventy-four other “writers, editors, TV personalities and business people” were chosen because they “have had the greatest impact on how politics gets delivered to the masses.”