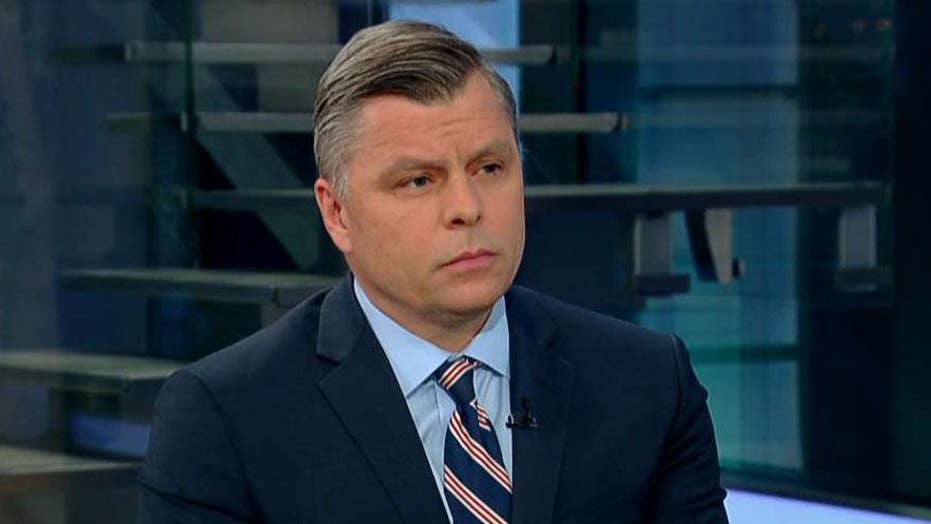 Former senior investigative counsel on the House Oversight and Reform Committee Chris Staszak says Republicans and Democrats should both be concerned about the potential of leaks in the Mueller investigation.

In “The Sun Also Rises,” Ernest Hemingway has a line that says as much about him as the character in the novel: “You can't get away from yourself by moving from one place to another.”

The line could easily fit many in the media and Congress this past week, when they moved from one major story at the start of the week (the nomination of William Barr to become attorney general) to another at the end (the controversy about a BuzzFeed News story making allegations against President Trump).

In one week, many journalists and members of Congress showed their bias in coming to two diametrically different conclusions regarding these two stories.

BUZZFEED REPORTER, AFTER REBUKE BY MUELLER, UNABLE TO EXPLAIN DISCREPANCIES

After denouncing a memorandum written by Barr – which was deemed positive to Trump –  as wild speculation, journalists and Trump opponents then embraced a single, uncorroborated story against Trump as the long-awaited “slam dunk” for Trump’s demise.

The week began with the various experts and commentators excoriating Barr for a memorandum in which he discussed in detail the legal implications of Special Counsel Robert Mueller examining whether the president’s firing of former FBI Director James Comey could be considered obstruction of justice.

The week ended with the same media outlets and experts discussing the imminent start of impeachment proceedings or even the resignation of President Trump over a single story in BuzzFeed that was later refuted in the first such public statement from Mueller’s office.

Moving from one story to another made little difference, as Hemingway once observed.

The statement from Mueller’s office shot down the BuzzFeed story alleging there was evidence that the president had told his former lawyer Michael Cohen to lie to Congress.

The statement from Mueller’s office said: “BuzzFeed’s description of specific statements to the Special Counsel’s Office, and characterization of documents and testimony obtained by this office, regarding Michael Cohen’s Congressional testimony are not accurate.”

Public attention is now focused on how TV news hosts and legal experts have struggled to defend their prior predictions of doom for the president.

It has become all too common for us to see and read breathless media accounts about the sky falling on Donald Trump and his presidency. The BuzzFeed case of uncorroborated reporting was just the latest “smoking gun” story supposedly showing wrongdoing by the president.

The contrast in the coverage with the Barr and BuzzFeed stories is telling and is another black mark against the media and Trump critics.

It has become all too common for us to see and read breathless media accounts about the sky falling on Donald Trump and his presidency. The BuzzFeed case of errant reporting was just the latest “smoking gun” story supposedly showing wrongdoing by the president.

One of the most common criticisms of Democratic senators and legal experts before and at the hearing was that Barr acted improperly in writing a long and comprehensive memorandum to Deputy Attorney General Rod Rosenstein on one of the commonly disclosed grounds for possible criminal charges against Trump: obstruction of justice, linked to the president’s firing of former FBI Director James Comey.

News organizations – including CNN, MSNBC and The New York Times – ran stories and opinion pieces on how Barr’s focus on obstruction of justice was “bizarre” and “strange” and how it was that was “based entirely on made-up facts.”

These criticism were wrong. Many of these same critics have explored the same possible use of the law against the obstruction of justice before and after Barr’s memo came out.

One could therefore understand if Barr is a bit confused. While his memorandum was still being attacked as reckless speculation, the media went into a free-for-all over the imminent use of subornation of perjury as the charge against President Trump.

This was based on a BuzzFeed story with virtually no specific evidence or corroboration beyond a supposed leak from two federal officials reportedly connected to the special counsel’s investigation.

That does not mean that all of the story is wrong. Indeed, many of us previously explored the possible use of subornation of perjury allegations against Trump. That is the point.

While the analysts were irresponsible to assume a “slam dunk” of a criminal case, there was nothing irresponsible in exploring the use of that criminal provision as a basis for either indictment or impeachment of the president.

That brings us back to the treatment of Barr and his memo. Critics like Miklaila Fogel and Benjamin Wittes wrote that Barr’s exploration of the basis for an obstruction charge based on the Comey firing was “laying out the argument that Bob Mueller has made up a crime to investigate, the document is based entirely on made-up facts.”

Of course, Lawfare Editor Wittes explored the very same theory in columns before and after he wrote that criticism.

In reality, the firing of Comey was the impetus for many (including me) in calling for the appointment of a special counsel. Witnesses have confirmed that they have been questioned by Mueller’s team on the facts and possible motivation for the firing.

Moreover, it has been widely reported that former acting FBI Director Andrew McCabe and Deputy Attorney General Rod Rosenstein opened an obstruction of justice investigation into the Comey firing shorting before handing over the investigation to the special counsel.

Despite the ample public record and literally thousands of articles and blogs on the obstruction theory, Barr was attacked for making unsupported assumptions in a memorandum simply exploring the possible implications of extending the scope of obstruction,

Notably, Barr stated upfront that he was “in the dark” about what Special Counsel Mueller is planning. The time to raise such concerns is before any charge or allegations is brought by the Justice Department to encourage consideration of these countervailing issues.

Otherwise, these difficult questions might have to be litigated after the release of charges or a report without a full understanding of the position of the Justice Department. That was the responsible thing to do.

The BuzzFeed coverage shows the double standard that is being applied to people like Barr. While any report is treated as ample basis for calling for resignations or impeachment investigations, a scholarly memorandum sent to Justice Department officials on one insular issue of law is deemed “strange” and “irresponsible.”

It is doubtful that Barr would have faced the same criticism if he wrote to Rosenstein how obstruction provisions provide ample foundation for any charge related to an improper firing by Trump. It was the conclusions, not the assumptions, of Barr that seemed to trigger the negative response he received.

In the end, it is perfectly appropriate to consider the legal basis for either an obstruction or subornation charge against Trump. Indeed, such charges could well be established by the evidence found by the special counsel – or it might not.

Ironically, if there is subornation of perjury evidence against the president, Bill Barr is precisely the attorney general that these critics should want confirmed.

While scrupulously ignored by many of his critics, Barr repeatedly stated in writing and in testimony that he believed a president could commit obstruction in office. He expressly disagreed with members of President Trump’s legal team in their position that the Constitution makes an obstruction theory impossible for conduct by a sitting president.

Barr also expressly stated that if a president encouraged anyone to lie to Congress, it would be a federal crime.

If a president is to be impeached or even indicted, it will be a deeply traumatic moment for our country, which remains deeply divided on all issues involving Trump. If that moment comes, it will be a figure like Barr who can assure the public on both sides that the action is based on the legal analysis and not political animus.

In the meantime, both members of Congress and the media might want to reconsider their attacks against the Barr memorandum following the feeding frenzy surrounding the BuzzFeed article.