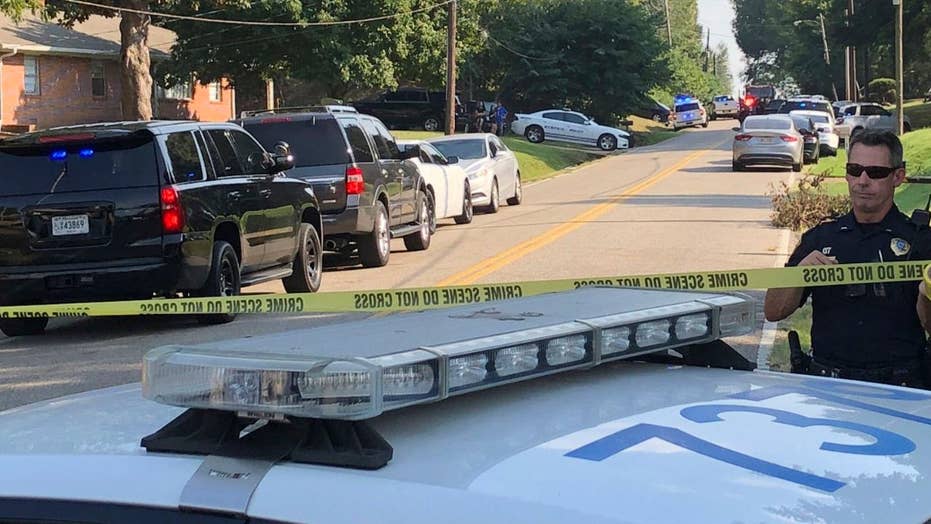 To inspire all citizens to value law enforcement: that is the vision statement of the National Law Enforcement Officers Memorial Fund, which supports the memorial to fallen law enforcement officers in Washington, D.C.

When I served as a prosecutor in Des Moines, Iowa and ultimately served as the acting attorney general of the United States, I viewed firsthand the professionalism and dedication of police officers and sheriffs’ deputies across the country. I repeatedly shared with them how the U.S. Department of Justice has their back and they have the thanks of a grateful nation.

Unfortunately, we have recently seen too many examples of a complete lack of disrespect for the men and women in blue.

NYPD USES TECH TO GAUGE CITIZENS' SENSE OF SAFETY: IT'S A 'SHARED RESPONSIBILITY'

After a shootout and standoff in Philadelphia, several people near the scene in the Nicetown neighborhood taunted and laughed at the officers whose fellow officers had just been wounded.

NYPD officers have been doused with water, soaked with milk, pelted with Chinese takeout, cursed at and assaulted in Brooklyn, the Bronx and Harlem. NYPD Commissioner James O’Neill vowed recently that “These incidents of disrespect, we cannot tolerate them. There has to be consequences for them, and it has to stop.”

While hundreds of thousands protested climate change around the world and in Portland, Oregon, a faction of masked Antifa militants dressed in black harassed police officers.

As U.S. Attorney William McSwain of Pennsylvania’s Eastern District pointed out in a recent statement, we have a “new culture of disrespect for law enforcement.”

This breaks my heart. When a police officer or sheriff’s deputy approaches a car at night or knocks on a door for a welfare check or to serve a warrant, that officer or deputy hopes for the best and fears the worst. Their family is often left holding their breath until they return home after their shift is over.

And yet, it’s disturbing that three of the Democratic Party’s presidential candidates (Sen. Elizabeth Warren, D-Mass, Sen. Kamala Harris, D-Calif., and Tom Steyer) still say that Ferguson, Missouri police officer Darren Wilson committed murder in shooting criminal suspect Michael Brown. Their position is completely at odds with the findings of the Department of Justice’s investigation of that incident.

Obama’s Justice Department, led by then-Attorney General Eric Holder, issued its own report, ruling it self-defense. This was despite that department’s repeated friction with local and state law enforcement throughout Obama’s presidency.

On the other side is President Trump, who has been an unwavering supporter of law enforcement. The motto of the Fraternal Order of Police is "Jus, fidus, libertatum." Translated, it means, "Law is the safeguard of freedom." President Trump has been steadfast in backing the blue and the Department of Justice under his leadership continues to fulfill his commitment to law enforcement.

No matter what your political persuasion, we should all agree that public safety is a high priority for all Americans. Every American child should be able to play in their front yard, free from the fear of neighborhood violence.

That is why I specifically call on my fellow Americans to follow the lead of 8-year-old Rosalyn Baldwin, who travels all across the United States, hugging as many police officers as she can.

We must return to a culture that respects and supports law enforcement in its critical mission. We must back the men and women in blue.