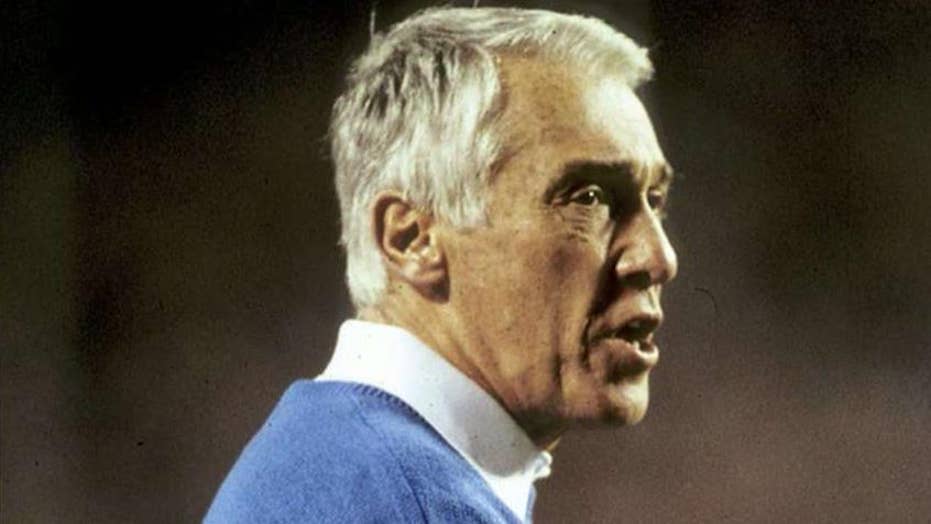 I recently returned to the great city of Buffalo, New York, for the annual Buffalo Bills Legends Weekend. It's a special time for me, with the organization bringing back many former players and coaches I admire and respect.

They are the foundation of the NFL team’s history and give it great pride, along with the Bills' diehard and steadfast fans.

The league is currently commemorating its centennial season. The commemoration intends “to bring generations of football fans, players, communities, and all 32 clubs together for a unique line-up of programming andactivities.”

One of those activities I would like all NFL clubs to embrace this season is honoring the “Greatest Generation."

Two players were awarded the Medal of Honor for their World War II service: Jack Lummus of the New York Giants, who was killed in action; and Maurice Britt of the Detroit Lions.

World War II claimed the lives of 21 active or former NFL players in all, a former head coach and a team executive. While those are the ultimate sacrifices, each team has a unique story or connection to the war.

Legendary Dallas Cowboys Coach Tom Landry completed 30 combat missions with the Army Air Forces and survived a crash landing in Belgium after his bomber ran out of fuel.

And my good friend, Buffalo Bills owner Ralph Wilson, served as a lieutenant commander in the Navy and was commanding officer of the minesweeper USS Picket.

NFL clubs participating in the “Salute to Service” program take a little time during one home game during the season to recognize men and women in uniform. I am calling on the clubs to do a bit more this year: honoring and preserving the memory of World War II and helping to create the next Greatest Generation.

It's not too much to ask for the clubs to dedicate a little extra time or resources to educate our youth about the sacrifices made by all Americans during World War II.

Marv Levy is the former head coach of the Buffalo Bills and a member of the Pro Football Hall of Fame. He is a World War II veteran and an honorary board member of the 75th Anniversary Committee of the Friends of the National World War II Memorial.