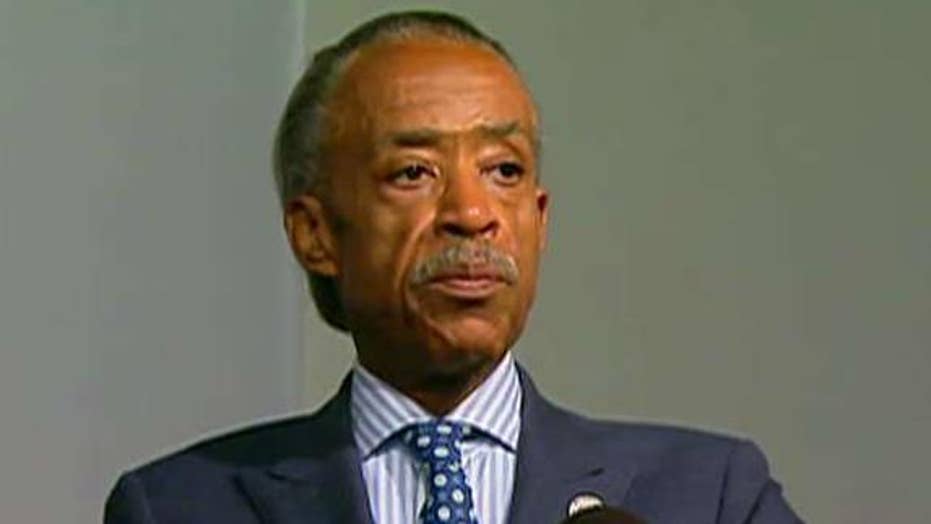 Rev. Al Sharpton calls the legalization of marijuana a civil rights cause; reaction from Bill Bennett.

If you had a nickel for every time a Democrat used arguments about “science” in discussions about climate change, you’d be rich. Scientific studies about the existence of climate change – be it man-made or naturally occurring – are often used as cudgels against opponents of the left’s radical environmental agenda or international regulatory regimes like the Paris Climate Accord.

However, when it comes to legalizing recreational marijuana, Democrats sing a much different tune. Many of the same folks who have been pushing for healthier school lunches, soda bans, lower salt content in food and calorie disclosures at restaurants suddenly don’t care about legalizing a substance that has been scientifically proven to worsen our national public health crisis.

CLICK HERE TO READ DR. MARC SIEGEL: SMOKING POT ROUTINELY MAY SEEM HARMLESS BUT DON'T BE FOOLED (EVEN IF IT'S LEGAL)

Major medical associations overwhelmingly agree that sustained marijuana usage – particularly of today’s more potent forms of pot – can have both physical and neurological impacts, including reduced motor function and cognitive impairment, along with a range of other health risks.

A National Academies of Sciences, Engineering and Medicine study found there is substantial evidence linking cannabis smoking and chronic bronchitis, development of schizophrenia and other psychoses.

The American Academy of Pediatricians has raised alarm bells about the dangers for younger users on brain development. The Royal College of General Practitioners in Britain and the Canadian Centre on Substance Use and Addiction have also come to the conclusion that frequent use of marijuana has negative physical, psychological and neurological impacts.

Perhaps most shockingly, the left has willfully ignored studies like one published in 2017 in the American Journal of Psychology showing a strong connection between marijuana and future opioid use.

You can cut the hypocrisy with a knife. Of course, the left is confident you won’t notice it’s really all about money and votes.

Over the last decade, the National Organization for the Reform of Marijuana Laws, the Drug Policy Alliance, and the Marijuana Policy Project have spent millions of dollars lobbying Democrats and donated overwhelmingly to Democratic candidates.

So much work has been done to advance the cause with Democrats that pro-pot groups are now turning their sights to Republicans.

In California – where plastic straws are considered dangerous – laws actually prohibit political contributions from the tobacco and oil industries, but permit them from the marijuana industry.

Many of the same folks who have been pushing for healthier school lunches, soda bans, lower salt content in food and calorie disclosures at restaurants suddenly don’t care about legalizing a substance that has been scientifically proven to worsen our national public health crisis.

Many Democrats also see legalization of marijuana as a new way to generate more tax revenue to grow government, and they don’t care if people are harmed. It is only logical to suggest that many of those adversely impacted by marijuana legalization would need more government services like unemployment, health care and welfare programs to assist them.

In New York, where Democratic Gov. Andrew Cuomo and new Democratic majorities in the state Legislature are pushing for legalization, a recent proposal even espoused the laughable proposition that revenue generated by pot legalization could be used to fix the New York City subways.

However, qualitative research has shown that for every dollar in revenue generated, marijuana legalization may cost taxpayers $10 in government spending and programs. “Big Pot” is a big loser for taxpayers.

For Democrats, supporting marijuana legalization is a way to mobilize young and minority voters. For all their charges that Republicans are in the pocket of “Big Pharma,” marijuana will become a booming industry that will endear many cannabis workers, investors and users of the drug to the Democratic Party and its candidates.

So the next time Democrats start talking about science, tell them that strong and reliable science and research don’t just matter when they fit the Democratic agenda. Ask them to refute decades of medical research that demonstrate the real harm caused by marijuana.