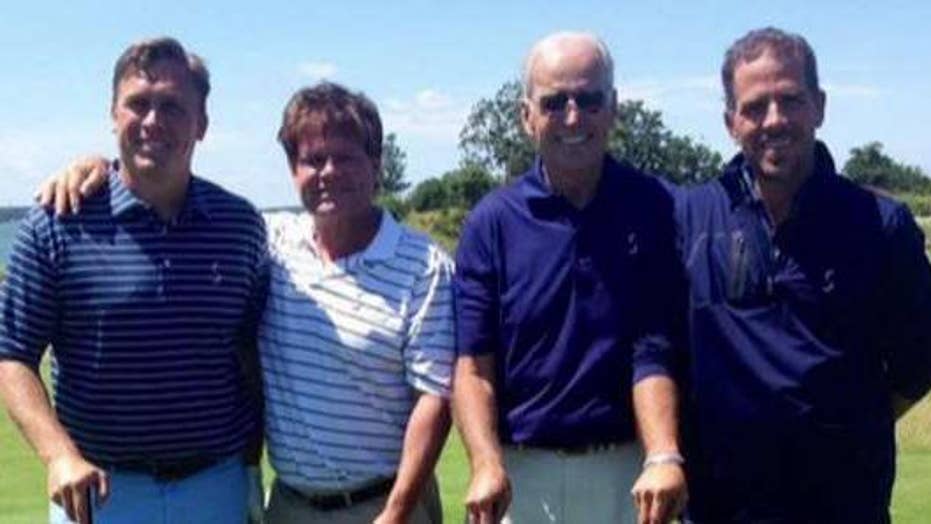 Let’s be clear: President Trump’s call with Ukrainian President Volodymyr Zelensky was not “beautiful” or “perfect.” Far from it. Trump should not have asked Zelensky to investigate Hunter Biden or to cooperate with his private attorney Rudolph W. Giuliani’s investigation of the former vice president’s son. Since Trump made no promises or threats in the call, it is a stretch to claim his conduct rises to the level of “high crimes and misdemeanors.” But it was highly inappropriate.

However, it does not follow that Trump’s malfeasance absolves former Vice President Joe Biden and his son of their malfeasance. Two things can be true at the same time: that Trump did something wrong, and that Joe and Hunter Biden did something wrong as well. This seems to be lost on many in the media, who are bending over backward to absolve the Bidens of wrongdoing.

For example, many in the media state as fact that Biden’s actions in encouraging the firing of Ukrainian prosecutor Viktor Shokin had nothing to do with his investigation of the natural gas company, Burisma, which employed Hunter Biden as a board member. His firing was justified, they say, because the U.S. government, the International Monetary Fund and other U.S. allies were demanding he be fired as well. Furthermore, as CNN’s Jake Tapper insisted this weekend, “according to the Ukrainians that investigation [into Burisma] was dormant at the time.”

First, the phrase "dormant" means, by definition, that an investigation into Burisma existed and was not closed. Second, we don’t know for certain that the Burisma investigation was, in fact, "dormant." Shokin has sworn in an affidavit it was not. His successor says it was. Who is lying? Nobody knows for sure. Journalists don’t get to choose which version they prefer and report it as fact.

But here is what is incontestably true: Joe Biden had a conflict of interest. His son took a position with a Ukrainian natural gas company, despite having no experience in Ukraine or natural gas, the very same month the elder Biden visited Kiev and urged Ukraine to increase its natural gas production. As Yoshiko Herrera, an expert in Russia and Eurasia policy at the University of Wisconsin at Madison, put it, "conflict-of-interest rules should have applied. If Biden is working for the Obama administration on Ukraine, his son should not have been on the board of a company there that could be affected by U.S. policy spearheaded by his father."

The latest spin is that there is nothing to see here because, as Reuters has suggested, the investigation of Burisma “focused solely on activity that took place before Hunter Biden ... was hired to sit on its board.” Did it occur to anyone that maybe that is precisely why Burisma hired the American vice president’s son?

According to The New York Times, Biden’s hiring “allowed Burisma to create the perception that it was backed by powerful Americans.” As Robert Weissman, president of the progressive watchdog Public Citizen, has said, “It’s hard to avoid the conclusion that Hunter’s foreign employers and partners were seeking to leverage Hunter’s relationship with Joe, either by seeking improper influence or to project access to him.” The revelation that Hunter Biden accepted a job with a Ukrainian company that was under investigation while his father was taking the lead in fighting corruption in Ukraine is damning, not exculpatory.

Biden knew about his son’s involvement with Burisma, because the New Yorker has reported that in December 2015 Obama energy czar Amos Hochstein “raised the matter with Biden.” We also know, via The New York Times, that "some State Department officials had expressed concern that Hunter Biden’s work in Ukraine could complicate his father’s diplomacy there.” No doubt, there is a paper trail at the State Department to that effect.

The Code of Federal Regulations (§2635.502) clearly states that when a federal official takes action he knows will affect “a relative with whom the employee has a close personal relationship” and “the circumstances would cause a reasonable person with knowledge of the relevant facts to question his impartiality in the matter, the employee should not participate in the matter.” In other words, Joe Biden should not have taken the lead on Ukraine policy while Hunter Biden was working for Burisma. And even if Shokin deserved to be fired, Biden had no business being the one to deliver the ultimatum.

Hunter Biden’s business dealings, in Ukraine and elsewhere, are crying out for investigation. That does not mean it was appropriate for Trump to raise them with the Ukrainian president. But the fact that Trump did so does not give the media carte blanche to make excuses for the Biden family.