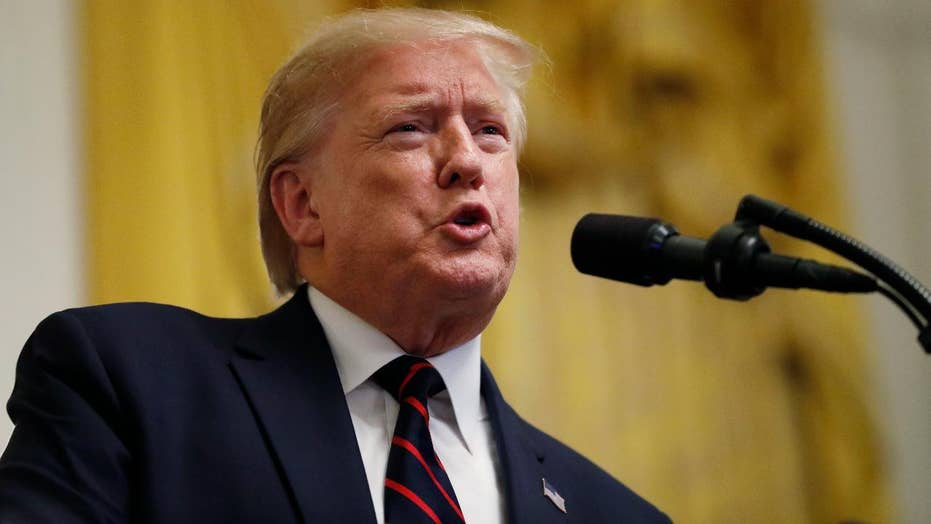 Impeaching Donald Trump is good short-term politics for Democrats. Today, all of the different constituencies which make up the Democratic Party are united behind this effort to hold the president accountable. Having worked on the Hill for a House Democrat, I can attest that getting Democrats all on the same page is no easy task.

But impeachment doesn’t change the long-term realities for Democrats: Republicans in the Senate will almost certainly acquit the president, which means removing Trump from the Oval Office will require Democrats to win the presidential election in 2020, by nominating a candidate who speaks to both the practical concerns of battleground voters and the aspirations of the most ardent idealists in the party.

Asserting the president will survive his impeachment battle is not a comment on whether I believe Trump unlawfully used his office for political gain in his negotiations with the Ukraine. It’s the reality of the current political dynamics on Capitol Hill, where Democrats and Republicans are deeply divided and have different sets of facts on everything from climate change to gun control.

No matter what Democrats turn up in their impeachment investigation, there is little reason to believe that more than a handful of Republicans on Capitol Hill will abandon the president and vote for impeachment in either the House or the Senate.

After all, as long as Trump’s popularity with Republican voters remains over 90 percent, any Republican who breaks ranks by siding with Democrats will be savaged by his or her fellow Republicans.

As for the House Democrats, Speaker Pelosi is taking the right steps on impeachment. She is seeking to get it done as fast as possible. This will help ensure that the centrist Democrats, who hold the key to the majority and her Speakership, can run for reelection in 2020, not focused on impeachment. After all, these moderate Democrats did not campaign on impeaching the President, but rather on issues like health care.

She is also avoiding more spectacles in the House Judiciary Committee, like what we saw when Corey Lewandowski made a mockery of the “impeachment” hearing.

That being said, if Trump is impeached by the House, and acquitted by the Senate, how does this impact the battle for the White House in 2020?

This is not good news for Joe Biden. Republicans are going to relentlessly assail his son’s business dealings with Ukraine. This is already happening, and it is vintage Donald Trump to try and downplay his own ethical transgressions by insisting his opponent did the same thing, or worse.

Even before this whole Ukraine situation flared up, the former Vice President was losing ground in the polls. While Joe Biden served President Barack Obama honorably and loyally, and is popular with many Democrats, questions about why his son had a $50,000 a month contract with a Ukrainian gas company will not be helpful.

Also, it won’t be long before Joe Biden’s rivals in the Democratic primary start making an issue out of this situation with his son and the Ukraine. Politics is a rough business, so how can they not attack the front runner if they hope to take the nomination from him?

However, what is bad for Joe Biden, is good for the left-leaning Senator Elizabeth Warren and the other Democrats hoping to be the nominee in 2020. But what remains unclear, is if Sen. Warren becomes the Democratic nominee for President, will she unite minorities and centrists with her progressive base? Don’t underestimate Warren; to date, she has run the smartest campaign of any Democrat running for the White House.

But whether or not Sen. Warren can attract centrists and minorities with her ultra-progressive policies and rhetoric remains to be seen. If not, she could outperform Hillary Clinton in New York, California and other solidly Democratic regions but struggle to win the key battleground states of Ohio, Pennsylvania and Wisconsin, which will likely decide who is the next President. Recent polls show progress for Democrats in these states, but they remain crucial.

On the flip side, Trump – despite a high probability of being impeached – is likely to go into the 2020 election with a united and motivated Republican Party. If past is prologue, impeaching a president who is ultimately acquitted in the Senate, motivates voters in the president’s party.

Ultimately, I believe Trump will survive his impeachment. Biden may be another story. It is hard to see how he comes out of this chapter in American history with his candidacy intact.

Hence, the question facing Democrats is: Can any of the other potential nominees unite the party and win in the key swing states? One way or another, democracy marches on and we will find out next year.