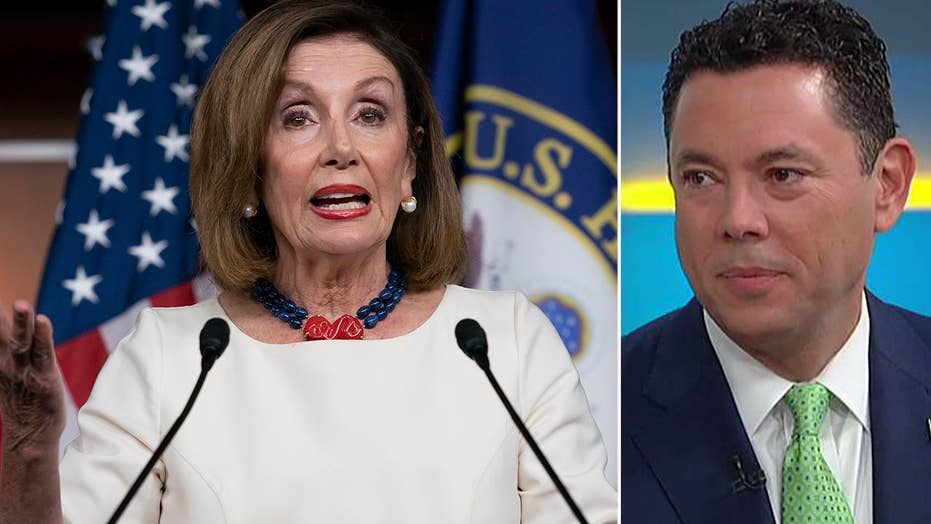 PROGRAMMING ALERT: Watch Jason Chaffetz as he joins the discussion on "Outnumbered" on Tuesday, October 1 at 12 p.m. ET.

He wasn't supposed to release the transcripts. Or the whistleblower report.  He was expected to do what any president would have done – what President Obama always did. Hide the evidence.

As House Democrats rolled out their latest meticulously choreographed, perfectly timed, and broadly coordinated attack on President Trump, they weren't counting on the president's unprecedented transparency. Nobody releases a transcript of calls between heads of state.  But Donald Trump did.

In the process, he screwed up the narrative.  Again.

TOM BASILE: GOP SENATE MAJORITY DOOMED IF IT DOESN'T HAVE TRUMP'S BACK

As scripted, the president was intended to (rightly) claim executive privilege and withhold the written notes of his July 25 conversation with Ukrainian president Volodymyr Zelensky.  That would allow House Democrats to ramp up speculation about what the president was hiding.

If that sounds familiar, it should. It's the opening move in the same script deployed against Justice Kavanaugh.  Democrats would ask for documents they knew were privileged, then Senate Minority Leader Chuck Schumer would send out a tweet asking, "What is he hiding?" when the documents weren't produced.

We saw it again with the Mueller investigation. For example, when Intelligence Committee Democrats wanted to release a memo critical of the president – one which happened to include sensitive national security information – the president had to delay while the memo was redacted.

Schumer's response?  A tweet.  "Millions of Americans are asking one simple question: what is he hiding?” Nothing, apparently.  The president soon cleared the memo for release.

Donald Trump should be winning awards for his openness and transparency. We've never seen anything like it before.  And it's messing with the Democrats' narrative.

Having been on the House Oversight Committee during the duration of the Obama presidency, I can attest that the administration fought every document request every time, releasing only the bare minimum.  No excuse was too thin to withhold documents or testimony.

In contrast, President Trump did the unthinkable:  he actually waived both executive privilege and attorney-client privilege for the Mueller investigation.  What other president would allow his general counsel to be interviewed for more than 30 hours?

Donald Trump does. He should be winning awards for his openness and transparency. We've never seen anything like it before.  And it's messing with the Democrats' narrative.

This time, once again, the script hasn't gone according to plan. Before Schumer could type his 140 characters to ask what the president was hiding in the Ukraine whistleblower complaint, the transcript and the memo were declassified for all to read.

We know what comes next.  There will be more whistleblowers with more claims that cannot be definitively verified.  They will all be afraid to come out in the open for fear of their lives, or fear of flying, or fear of retaliation.  Until the Democrats need to use them and forget them, as they did to Ford's still-unverified allegations and to Schiff's now-debunked memo.

Americans are not fooled.  By now most of us have heard the message loud and clear. Rep. Al Green told us exactly what it was about when he told MSNBC in May, "I'm concerned that if we don't impeach this president, he will get re-elected."

Pelosi reiterated that message during her September 24, 2019 announcement of the impeachment inquiry.  Finally acquiescing to the demands of her hyperventilating resistance movement, she explained why impeachment of Trump must proceed: "What's more serious is that he can't win. That is very serious to our country."

In 2016, Americans voted for a disruptive, unconventional president who would do things differently than they had ever been done before. That's exactly what they got.  And it's driving the left nuts.