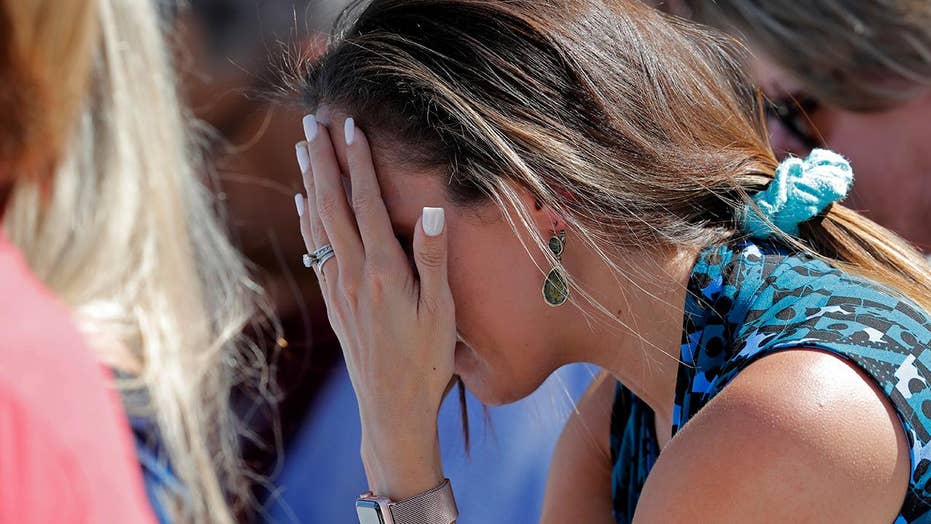 As lawmakers on Capitol Hill butt heads over gun violence and mental illness after the tragedy in Florida, critics wonder if this latest debate will remain all talk and no action; reaction from the Wall Street Journal's Daniel Henninger.

John Fredericks, host of a widely followed conservative radio show, did something brave Thursday. He questioned, on air, whether people should have access to rapid-fire guns.

Fredericks acknowledged that his call for increased regulation was bound to anger many of his listeners. He described himself as a staunch supporter of the Second Amendment to the Constitution and of the National Rifle Association, but voiced his concerns about high-powered weapons in the wake of the horrific shootings at a high school in Parkland, Florida.

He also described himself as a parent, who does not want to see more tragedies take place in our country’s schools.

We are approaching the 20th anniversary of the shootings at Columbine High School in Colorado – in which 13 people were killed and 20 were wounded – followed by other horrific mass shootings.

Will others now follow Fredericks in advocating commonsense restrictions on the availability of the kinds of guns that facilitate mass murder?

Or will everyone on the left and right scurry to their respective corners, paralyzing debate and reforms that might reduce the number of senseless tragedies this nation endures?

We all know the post-slaughter playbook. Sadly, we’ve had plenty of occasions to etch the template.

House Minority Leader Nancy Pelosi, D-Calif., or Hillary Clinton, or some other predictable voice will blame Republicans for easing the path to gun ownership and blocking any and all restrictions on weapons purchases. Republicans will point out that people kill people – not guns.

Many will say we need more mental health services. Others will say it is the breakdown of the family unit that has caused so many untethered young people to resort to violence.

There is truth in all these positions, but reiterating the same talking points doesn’t lead to progress. Congress will debate various improvements to school safety, or minor changes to weapons laws, like banning bump stocks. Nothing will get done.

It is time for an honest conversation about gun control. We all know that if rapid-fire weapons had not been involved in the shootings in Las Vegas (58 dead), or Orlando (49 dead), or Marjory Stoneman Douglas High School in Parkland (17 dead), fewer people would have died. That is a fact.

That fact gets obscured by quibbling over definitions. Fully automatic weapons are illegal, but semi-automatic guns are available. They can fire almost as quickly, use similar ammunition and do just as much damage.

Omar Mateen, who killed 49 people in an Orlando nightclub, used a Sig Sauer MCX semiautomatic rifle, not technically an automatic weapon, but one that was just as lethal. The families of those killed are probably indifferent to the distinctions.

For 10 years, it was illegal to buy new guns like the one used by Mateen and there was a limit on high-capacity magazines. Congress allowed the ban to expire in 2004.

Furious lobbying by the NRA has prohibited a renewal of the ban. Today, Americans can buy semi-automatic weapons that are described by numerous law enforcement agencies as assault weapons.

One argument against restricting such sales stems from concerns that prohibiting any type of weapon is a violation of the Second Amendment. But that is patently false. Machine gun sales are illegal, so the precedent exists for restrictions.

Others worry that restricting ownership of some types of guns is a slippery slope. They say further limitations will follow, which is why gun sales typically surge after a mass shooting.

That is no excuse to allow easy access to weapons that have no conceivable role in everyday life and that facilitate wanton bloodbaths.

Hunters or those who enjoy shooting clay pigeons don’t use semi-automatic weapons.

It is time for conservatives to embrace our new reality: today’s violence-prone society makes ownership of high-powered rapid-fire guns too dangerous.

At the same time, liberals need to address why our culture has become so tolerant of violence. Hollywood needs to be held to account for the savage imagery and realistic slaughter that makes its video games and movies so lucrative.

There is no question that young people who grow up engaging in ever-gorier and more violent “games” can become inured and desensitized to death and destruction.

The NRA wields undue influence on our gun laws via large campaign donations to politicians. Similarly, Hollywood undermines our cultural values because of greed. Commonsense Americans should demand that our politicians seek concessions from both groups.

There is no quick fix to prevent the next Columbine or Parkland killings. But we can make a start. Better follow-up on young people who are known to be violent, public service messages that encourage anyone to come forward if they spot ominous social media posts (as indeed happened in Parkland), greater availability of mental health services – all these might help.

But it is also clear that the loose regulations of high-powered rapid-fire weapons in the U.S. makes these tragedies likely to happen again and again.

President Trump, who has broken with traditional Republican orthodoxy on a number of occasions, could lead a conversation about adopting some commonsense reforms.

Though such a move it would anger some of the president’s his conservative followers, he would pick up a lot of support among independents and moderate Republicans. More importantly, it would be the right thing to do. Something has to change.