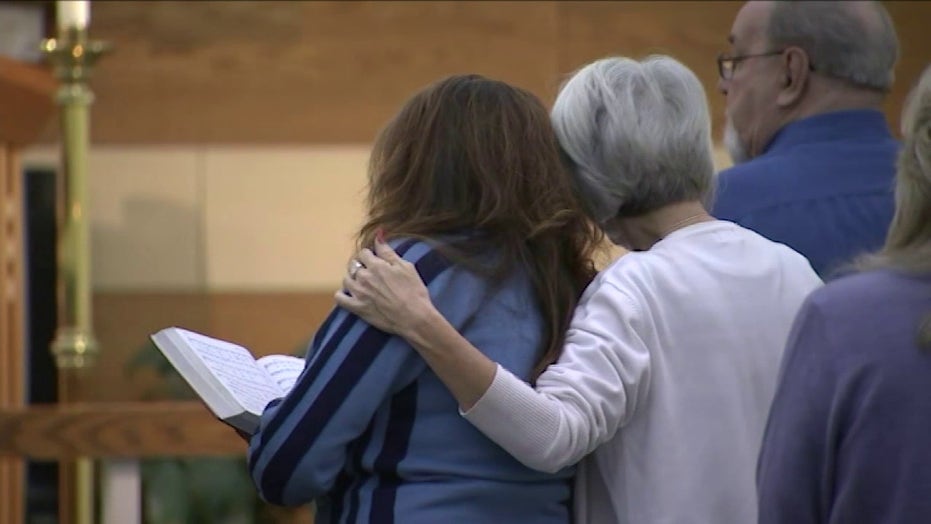 Is belief in God necessary in order to have good values?

Is belief in God necessary in order to have good values?

Dr. Miroslav Volf of Yale Divinity School says yes. "I think it is possible to be moral and not believe in God,” Volf told me. “I say that as a Christian and Christian theologian. I know a lot of people who do."

But there is a huge caveat behind that statement.

CALIFORNIA BEACH REVIVAL ATTENDED BY 1,000: ‘THE CHURCH HAS LEFT THE BUILDING’

"I don't think that it's possible to justify, to legitimize being moral, so to speak, to give reasons for being moral unless you believe in God,” Volf said. “I think the faith in God is a condition."

It may seem like a subtle distinction, even a contradiction, but Volf has an explanation.

The question itself was part of a 2019 global survey by The Pew Research Center called "The Global God Divide." The results, released Monday, asked more than 38,000 people in 34 countries if they thought believing in God was necessary to being moral and to being a good person.

Across the globe a median of 45 percent of people said belief in God was necessary. However, the answers varied widely, depending on where people lived and how much money they made.

In the Philippines and Indonesia, two very religious countries containing emerging economies, the percentage was much higher at 96 percent.

Jacob Poushter, associate director of research at the Pew Research Center, told me that age, income and education are all driving forces.

Volf said the first thing he ponders about the question is: "What kind of morality is imagined by people when they answer these questions?"

That was not part of the Pew study. The question was asked in the context of the culture. That indicates there's a challenge to understanding the results of the survey. What it means to be moral or good is different in different cultures.

In the recent book "Seeing Jesus from the East: A Fresh Look at History’s Most Influential Figure," Abdu Murray and Ravi Zacharias write about the difference between Eastern and Western cultures. They conclude that Western cultures tend to be more individualistic, where your identity is not based on your family or tribe. It's what you make of it for yourself.

But the authors found that Eastern cultures "are collectivistic or communal, which means that each person's value, dignity, integrity, and very identity are derived from how he or she is perceived by the community." [p. 89]

In Eastern cultures, going against the grain of a cultural norm is a huge sin; one that rarely garners a blip for Westerners, the authors write.

The other issue for Volf, who the director of Yale's Center for Faith and Culture, is what he talked about earlier, which is how do you justify your morality? Why are you good? What is your motivation?

“I had a very incredibly saintly nanny,” Volf said. “And if you asked her why is she moral? She would stutter. She would have no particular reasons to give for that, but nonetheless lived a moral life. But that's different than asking the question: 'Is it possible for us to have good reasons and justify actions, moral action, without there being a God that is fundamental to our ... moral structure of the world?’ And in answer to that question, I would say, no, it's difficult."

What he means is, if there is no God, no objective standard for morality that exists outside of each and every one of us, then it's difficult to give an empirical and justifiable reason for why we are moral, or insist others be as well.

Here in the United States, where freedom of religion is one of our bedrock principles, the percentage of people who paired God and morality is closer to the global results at 44 percent. But in our neighbor to the north, Canada, the figure is only 26 percent.

America is a bit of anomaly in that religion remains very strong here, and belief in God high, but the number of people who believe God is necessary for morality has dropped significantly – 14 points from 58 percent in 2002, the last time Pew did the survey.

Part of the study’s other findings may offer a clue. Generally speaking, the higher the gross domestic product of a country, the less likely the belief that God and morality go hand in hand.

Sweden, which is arguably the most secular country with one of the highest per capita incomes, had the lowest percentage of people who contend a belief in God and morality go together — only 9 percent.

Volf said living well can be a form of worship in itself.

The good news and a sign of hope for Volf is that, despite of a plethora of different religions and cultures in the world, the concept of God is fairly universal.