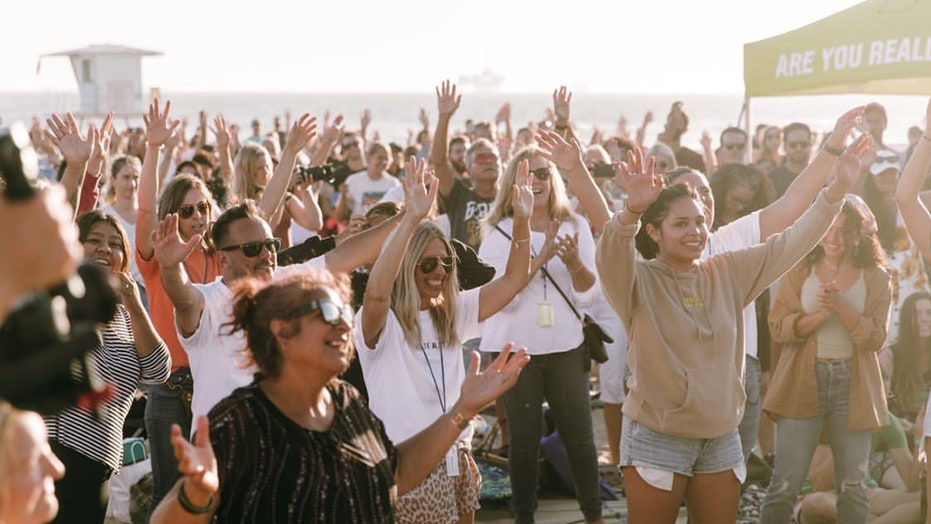 Church leaders are speaking out agaist a new ban on singing and chanting in California houses of worship. Center for Disease Control and Prevention officials point to singing as a proven way to spread a virus. The ban order the discontinution singing and chanting activities and limit indoor attendance to 25 percent of building capacity or a maximum of 100 attendees.

Days before California churches closed due to a surge in coronavirus cases, there was a massive evangelical Christian gathering on Huntington Beach near Los Angeles.

Around 1,000 gathered at Lifeguard Stand 20, bringing together several local ministries. Last week, 30 people were baptized on the beach, according to organizers.

The beachside evangelical movement is called "Saturate OC" and co-organizer Jessi Green told the Los Angeles Times it has had a "ripple-effect."

Green and her husband moved to Orange County from New York after she had a vision of mass baptisms at the Huntington Beach Pier while on vacation. Holding the outreach each Friday, she hopes to reach 2,000 people who can then reach 50,000 others.

"The church," she said in a microphone to cheers, "has left the building!"

Sean Feucht, a Bethel Church worship leader and founder of several nonprofits, told Fox News it reminded him of the Jesus People Movement from the late 60s and early 70s.

"It's eerily similar," Feucht said, "There were protests, racial and social strife. Hippies were getting saved. A movement happened in California and swept across America, and even major news outlets covered it."

Feucht led worship Friday night on a 1963 Gibson guitar that was used in that movement.

"Not only how many people came and just so many incredible testimonies," he added, "but I think the church has been locked away in quarantine for so long that we forgot the power and authority of when we get together."

Churches in the Golden State were ordered to stop singing recently before being closed due to a surge in cases. California has had more than 336,000 confirmed cases, second to New York.

"In the face of the virus and racial unrest, God has an answer of his people moving in radical love and unity," Feucht concluded, "and maybe we can't meet in buildings but we can meet on the beach. We can go to the bridge. We're going to meet in parks. We're not restricted to the four walls. We can still be the church even if we're not in our buildings."