If you know nothing else about religion or spirituality, it is essential you learn this: that there is in the heart of every human being a beast lying dormant. This beast is, for the most part, undetectable, but it holds the potential for great evil. It is called sin.

In Dr. Miroslov Volf's landmark book, “Exclusion & Embrace,” he takes a theological and psychological probe into why we just can't seem to get along with people who are different from ourselves.

Our identities, he says, whether it's race and ethnicity, gender, religion, socio-economics... becomes the basis of excluding others. This is not about identity politics, although that's a subset. This is about understanding the concept of "otherness."

The book could just as easily be a reference to the killing of George Floyd or [Ahmed Arbery]. However, Volf wrote the book in the 1990s after his experiences in the Croatian War. Catholics of Croatia, Muslims of Bosnia, and Orthodox Christians of Serbia... they ravaged land, destroyed property, and killed thousands.

Volf was asked at a lecture if he could forgive the soldiers and ordinary civilians who massacred his friends and neighbors. He said he knew his faith told him he must... but that his heart cried, "I can't."

Volf says, "I found myself asking, well, how do I respond to this? ...  As a Christian, I knew how I responded that the kind of a gut level and a gut level, it was give me a few B-52s. And you're going to resolve this very quickly. But then I looked at myself in the mirror and I asked, well, is that who I really want to be? What does God want of me? What does the God who revealed himself in the crucified Christ? What does that God want of me?"

And therein lies the dilemma in us all. There's a conflict between what we know in our heads and what we feel in our hearts. And depending on what we do, the beast within is starved or well-fed. 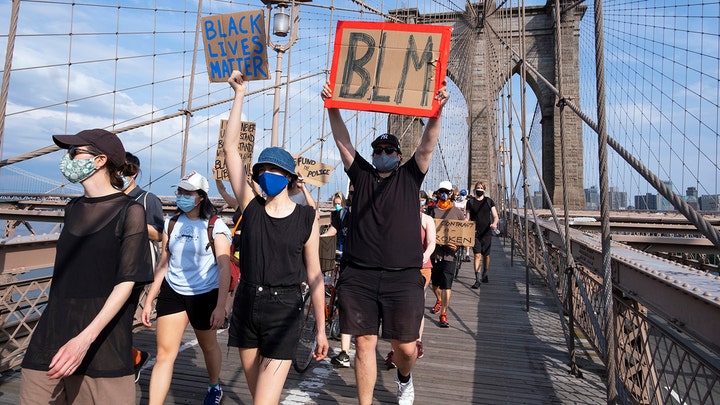 Volf wrote in the book, "The motives of those who set to fight against the brutal aggressors were self-defense and justice. The beast in others, however, enraged the beast in them. The moral barriers holding it in check broke down and it went after revenge. In resisting evil, they were trapped by evil. [p. 86]"

Dr. Volf is now the Director of the Yale Center for Faith & Culture. He has been speaking and writing about the protests and the events following the deaths of Floyd, Arbery and Breonna Taylor.

I asked him to talk about his insights and observations on the “Lighthouse Faith Podcast” [link here], I host because I  have been profoundly influenced by his book, which has been translated into 10 languages.

To help understand what's happening today, he goes back to the beginning, to the Fall from Grace. He says, "If you look at the Bible, very beginnings of it...we always concentrate on when we talk about sin....  Chapter three and of Adam and Eve desiring the forbidden fruit. But equally important, I think... of all of the features, models of sin that we find in those early biblical texts is the conflict between Abel and Cain."

A little background here; the story of Cain and his brother Abel is the narrative of the first murder in the Bible. Cain's offering to God was not as pleasing as Abel's.

So Cain lured his brother into a field and killed him. When God asked Cain, "Where is your brother?" Cain delivers that chilling response, "I know not... Am I my brother's keeper? [Genesis 4:9]" God's question is rhetorical. He wants Cain to confess, to help him grow. He asks, "What have you done?"  God wasn't asking for information. He knew where Abel was because He then says, "Your brother's blood cries out to me from the ground."[Genesis 4:10]

Volf says in the podcast, "For whatever reasons" Abel's offering  "was deemed more acceptable. The other person (Cain) felt threatened. And the response was not, let's figure out how do we readjust our identity, how we think about ourselves, how do we embrace one another? The response was, let's go out in the field. The response was, you cannot exist. If I'm going to preserve my own identity and sense of myself. "

Throughout millennia, this has been the foundation of conflicts, this rivalry between "Us" and "Them." The dehumanizing, the belittling and the killing of our 'brothers," are manifestations of this malady.  The characters and scenery change but the script outline remains the same: 'Your existence threatens my identity."

Now with racism, "the beast' enjoys a hearty banquet.

Volf says, "It seems to me that it [racism] embodies some of the most extreme forms of exclusion; and exclusion that has been both in the individual hearts of people, but that has been baked into history, so to speak. And that it's their lives and certain structures that make it possible for it to be perpetuated.... Sin... is also a very personal thing."

Volf agrees that laws are not enough. The legal system allows for order... and for the most part the absence of violence. But peace, Shalom… and true reconciliation... that requires the help of a Higher Power... one that has already defeated the beast.