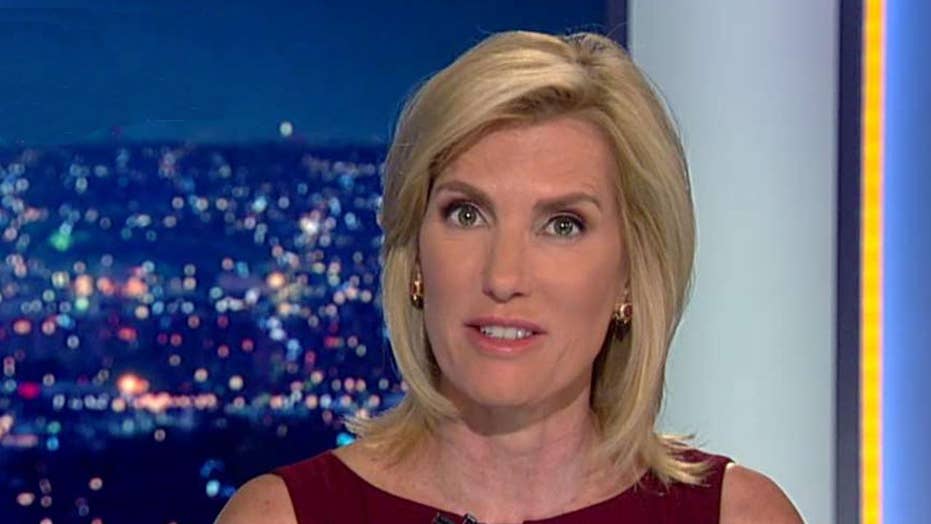 Ingraham: Persistence versus the resistance

After spending a few precious hours watching the attorney general testify Tuesday before the House Budget Committee, I thought one thing: Why on earth did Bill Barr volunteer for this type of abuse? Leaving the comfort of his retirement just to have to answer to some of the nastiest people on the face of the planet?

Democratic Rep. Nita Lowey of New York badgered Barr on his synopsis on the Mueller report. She said the following: "Your conclusion is something we've seen before. In June 2018, you wrote a memo as a private citizen and a former attorney general to the Department of Justice, laying out the president's case against obstruction of justice. Your audition clearly went well."

"Your audition clearly went well." Wouldn't you just love to read Barr's subliminal thoughts about this entire charade scrolling at the bottom of the screen? I'd pay big money for that.

But, like so many others in this administration -- I'm thinking Bob Lighthizer at USTR, Wilbur Ross at Commerce, Alex Azar at HHS, Steve Mnuchin at Treasury, Betsy DeVos at Education -- they all left their very comfortable lives and moved to Washington to help solve problems and make a difference That's what civil service is supposed to be all about, isn't it?

But, instead they deal with nasty exchanges with lawmakers who have the power to fix things, like the immigration system - and yet they fail to do so.

Congress has the power to fix the immigration laws, don't they? And if child detention or separations are so offensive, hey, why don't you change the laws? Better yet, seal up the border and the endless travesty altogether.

Now, of course, Congress does have legitimate important constitutional obligations to do proper oversight of the executive branch. I'm all for it. But, what the Democrats have been doing since Trump took the oath of office isn't oversight. It's character assassination, either of the president himself --  that he was secretly working with the Russians -- or of anyone who works for him.

The truth is Nancy Pelosi wants to throw sand in Trump's gears every chance she gets. If Obama had negotiated the same [NAFTA] deal, she'd have been all for it. But she'd rather deny Trump a victory than do the right thing by the American people.

Look at what the jackals did at Secretary Mnuchin's hearing on Tuesday. We have a crisis on our southern border and all "Impeach 45" Mad Maxine Waters cares about is Trump's old tax returns -- and of course, Russia and whether Trump or anyone associated with his campaign met with Russian oligarchs.

Maxine Waters is just a complete and utter embarrassment, along with Pelosi, the co-ruling queen of the Resistance. How is any of this helping their constituents? The answer is, it's not.

Now, the Republicans, remember they're also called the GOP, as in the Grand Old Party. I'm thinking Democrats should be called just "UP," as in the Unserious Party. Why Because for more than a year, the Trump team undertook the painstaking process of doing things like renegotiating NAFTA, the trade deal that had given an unfair advantage to companies that move their plants to Mexico.

Canada and Mexico both signed off on it. So, why has Nancy Pelosi called it up for a vote? Because she's unserious. She's parroting bogus concerns of her buddies over there at the AFL-CIO about labor laws in Mexico. 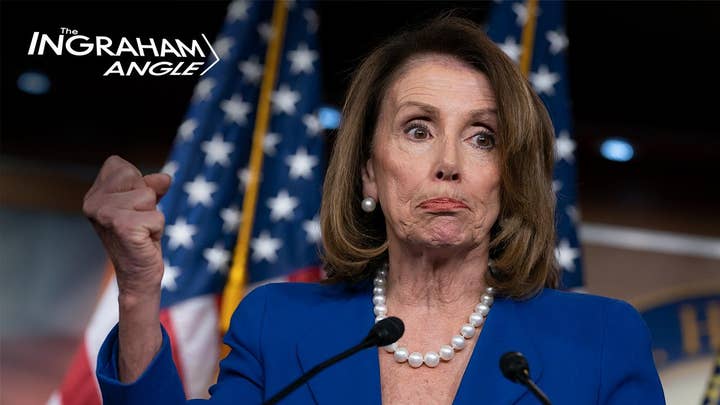 I haven't heard Nancy demand the same from China lately, have you? They don't do anything with labor law problems. The truth is Pelosi wants to throw sand in Trump's gears every chance she gets. If Obama had negotiated the same deal, she'd have been all for it. But she'd rather deny Trump a victory than do the right thing by the American people.

Same scenario, by the way. is at play with the ongoing invasion across our southern border. Congress could fix this in a weekend. Now, estimates are that this month alone, we could see 150,000 migrants overwhelming our border and our Border Patrol. So instead of closing loopholes, ending this crisis, Democrats just use every opportunity to grandstand for the cameras.

We all should be thanking Bill Barr and the entire Trump team. Now, despite a constant stream of defamatory attacks and scurrilous charges from the Democrats, the Trump administration has still managed to accomplish an enormous amount for our country, with the economy, the courts, on trade, et cetera. Mindful persistence versus mindless resistance -- Americans will have a clear choice in 2020.

Adapted from Laura Ingraham's monologue from "The Ingraham Angle" on April 9, 2019.