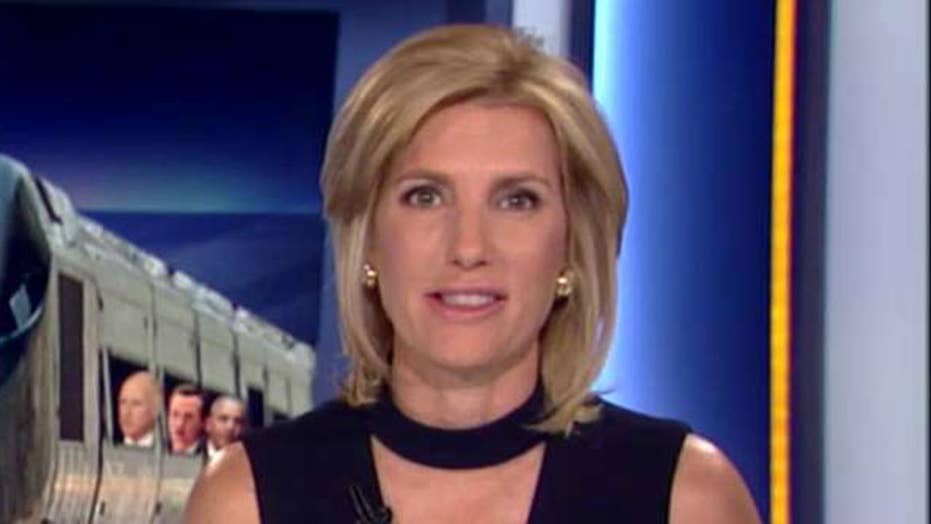 Ingraham: The liberal train to nowhere

Oh the excitement, oh the promise, it seems like only yesterday when the Democrats were crowing about how government-funded high-speed rail would revolutionize travel in the United States.

Here’s what California Governor Jerry Brown said, “I make no bones about it. I like trains and I like high-speed trains even better.”

And President Obama, “Building a new system of high-speed rail in America will be faster, cheaper, and easier than building more freeways or adding to an already overburdened aviation system, and everybody stands to benefit.”

And finally, Vice President Joe Biden, “We're making to achieve the goal through the development of high-speed rail projects that will extend eventually all across this nation.”

And in 2011, Obama Transportation Secretary Ray LaHood appeared with an array of Democrat darlings to sell the high-speed snake-oil.

LaHood said this: “Thirty-five states have accepted high-speed intercity rail money. If there's more money made available, they're ready to get in.When you look at our budget that we hope that we can turn into a transportation bill, $550 billion over six years. I don't know of another time in the history of transportation any president has been so bold to put forth such a plan and such a big vision.”

Yes, he had blurry vision. OK, Obama's 2009 stimulus bill dangled billions to states to get them to invest in this high-speed rail. Well now, a lot of states smartly turned down the seed money, knowing full well that the final cost could be a lot more, it could be double or even triple the original projections.

So, they didn't want to be left holding the bag. But two of the most reliably Democratic states in America, Hawaii and California, gladly took the money. California received grants of $3.5 billion to connect San Francisco and Los Angeles, meaning 100 plus miles of high-speed rail had to go through the Central Valley's beautiful farmland.

And as with so many liberal pipe dreams, a myriad of problems dogged this project from the start. The original cost projection for the San Fran to LA track was $45 billion. But soon, the estimate jumped to $77 billion.

Now, two years ago, the L.A. Times diagnosed this situation accurately, saying the California system is being built by an independent authority that has never built anything, and depends on a large network of consultants and contractors for advice.

Even after five years of effort to buy property, the rail authority still lacks 25 percent of the parcels for a 29 mile stretch from Madera to Fresno and just over half of the parcels needed for the 118 miles in the Central Valley.

And another fun fact, it keeps getting better, to achieve their Nirvana of high-speed rail, Democrats were even willing to throw their other religion under the bus, environmentalism. So, huge opposition to the project developed from greeniacs and also farmers, and that led to mongo delays. 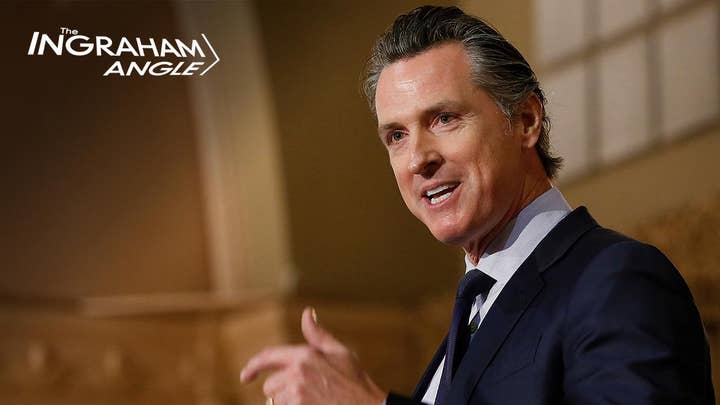 So, my friends, this was a joke from the start, and the only people who benefited were the countries that bought our debt to fund it and the consultants who lined their pockets selling this as a panacea for congested roads.

Now, this is no different, though, from so many other unnecessary and unwanted liberal projects that require billions to fund and just end up driving us further into debt. I think of Vermont's idea for the single payer dream in 2011 before -- it ended basically before it began when Governor Peter Shumlin realized it had become too costly to implement, and then he just called the whole thing off.

Who can forget Obama's solar energy grants to Solyndra and Fisker Automotive, just to name a few. There were five defaulted loans that American taxpayers were on the hook for as a result of that boondoggle.

And, of course, none of these examples of waste, fraud, and abuse ever mattered to the fanatics on the left. Their goals of their Green New Deal, oh, my God, what does that tell us? It tells us that they are actually doubling down on all the failures of the past.

In fact, on Tuesday, California Governor Gavin Newsom lowered expectations for the project, kind of yanked it from under its feet, but he kept insisting that he won't return the $3.5 billion that his state wasted on this nightmare.

Here’s what he said, “Abandoning the high-speed rail entirely means we will have wasted billions and billions of dollars with nothing but broken promises, partially fulfilled commitments, and lawsuits to show for it. And with all due respect, I have no interest in sending back $3.5 billion of federal funding that was allocated to this project to President Donald Trump.”

Well, shazam. Isn't that a neato trick? Newsom is basically shutting down huge parts of the high-speed rail project, but he's keeping all of the money. Just moments ago, we had a little tweet-off. The president telling Newsom and California that he wants the money back for the American taxpayers. And Newsom responded in the last few minutes that this is California's money, and "We're not giving it back."

That’s a typical liberal, he thinks it's their money – that other people's money is their money. It's the taxpayers' money, Gavin.

You know what I was thinking. Think of all of the Congressional Democrats who right now are opposed to spending $5 billion on a wall that will help the entire country, something that can actually be built under budget and will actually be effective. Radical Congressman Juan Vargas, who by the way represents areas in the extreme southern portions of California, he's actually even opposing the measly $1.375 billion border deal, saying "We shouldn't give him a penny for his wall. It was a political stunt. It's a total waste of money." Waste of money, coming from California. What a travesty.

If the new and improved, more socialist Democrats get their hands on the reins of power in 2020 you can bet your bottom dollar that we are all going to be hurtling down the tracks to fiscal ruin.

Adapted from Laura Ingraham’s monologue on “The Ingraham Angle” on February 13, 2019.