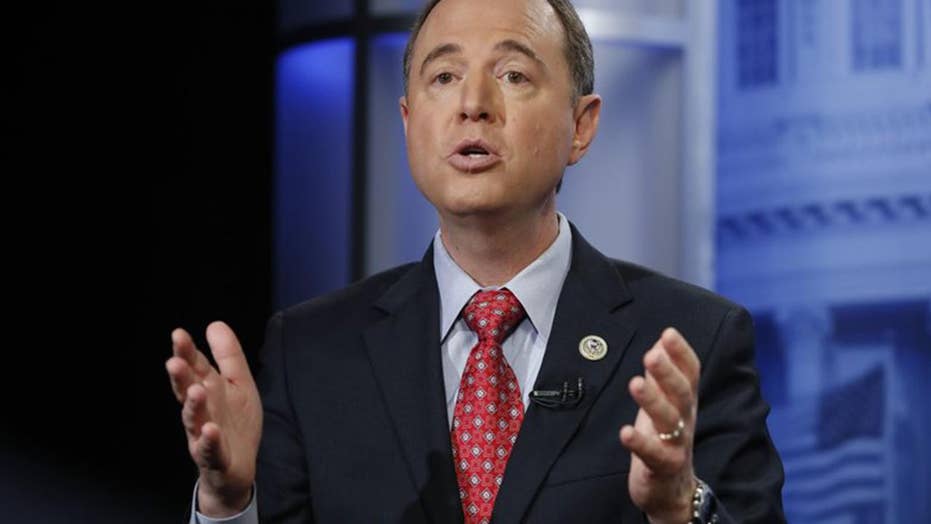 Rep. Schiff calls for release of all Fusion GPS transcripts

Rep. Adam Schiff has many talents, though few compare to his ability to function as a human barometer of Democratic panic. The greater the level of Schiff hot, pressured air, the more trouble the party knows it’s in.

Mr. Schiff’s millibars have been popping ever since the Permanent Select Committee on Intelligence, on which he is ranking Democrat, last week voted to make a classified GOP memo about FBI election year abuses available to every House member. Mr. Schiff has spit and spun and apoplectically accused his Republican colleagues of everything short of treason. The memo, he insists, is “profoundly misleading,” not to mention “distorted” and “political,” and an attack on the Federal Bureau of Investigation. He initially tried to block his colleagues from reading it. Having failed, he’s now arguing Americans can know the full story only if they see the underlying classified documents.

This is highly convenient, given the Justice Department retains those documents and is as eager to make them public as a fox is to abandon the henhouse. Intelligence Chairman Devin Nunes had to threaten a contempt citation simply to get permission for his committee to gain access, and even then investigators had to leave Capitol Hill to view them, and were allowed only to take notes. Mr. Nunes has no authority to declassify them. The best he can do in his continuing transparency efforts is to summarize their contents. Only in Schiff land is sunshine suddenly a pollutant.

The Schiff pressure gauge is outmatched only by the Justice Department and the FBI, which are now mobilizing their big guns to squelch the truth. That included a Wednesday Justice Department letter to Mr. Nunes—written by Assistant Attorney General Stephen Boyd, designed as a memo to the media, copied to its allies in Washington, and immediately leaked to the public. And the department wonders why anyone doubts the integrity of all its hardworking professionals.