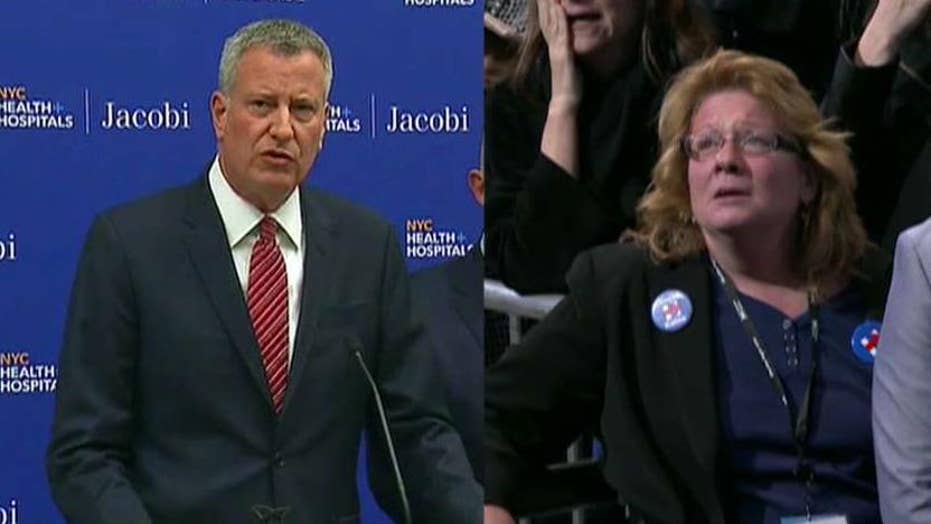 According to the New York Post, Mayor Bill de Blasio is creating a citywide safe space for New York City’s municipal workers and offering them psychotherapy sessions to deal with the results of the presidential election.

Taken literally (and we should), the mayor is telling citizens of New York City that they should indulge any potential weakness inside them that makes them believe they can’t deal with the results of American democracy when the results don’t go their way — that they’re easily injured, inherently weak and don’t have the personal fortitude to keep fighting for what they believe in.

See, there are politicians who will use any occasion to coax people into dependency on the state — whether for food, shelter, the raising of their children or hand-holding — when anything in life doesn’t go their way.

The DiBlasio mindset is the same one that results in telling the losing team of kids that they get trophies, too. They need only to agree that they are sad and defeated and need parental figures to indulge them with unwarranted accolades.

The mayor is suggesting to citizens of New York City that they should consider whether the democratic process has injured them to such an extent that they need to limp into therapists’ offices and, kind of, cry it out. Like coddled children. He seems to believe that he and other progressive “leaders” like him should be the only ones with personal power — the only real adults.

Be weak, de Blasio and the likes of him say, and you will be embraced. You will be loved.

This undermining of human autonomy, self-confidence and self-determination in citizens of a city or a nation is the opposite of what psychiatrists like me stand for — which is self-possession. And make no mistake, it isn’t just funny and it isn’t just foolish. It is a strategic effort to erode individual well-being, individual thought, individual action and individual potential.

This nation has faced tests of its will before, in world wars — and it faces one now, in radical Islamic terrorism.  Our survival — and the survival of liberty around the globe — will depend, ultimately, on American, God-given strength.  And those who would bleed that strength from our souls, would only set the stage for other vampires, who don’t pretend they love us, to finish us off.