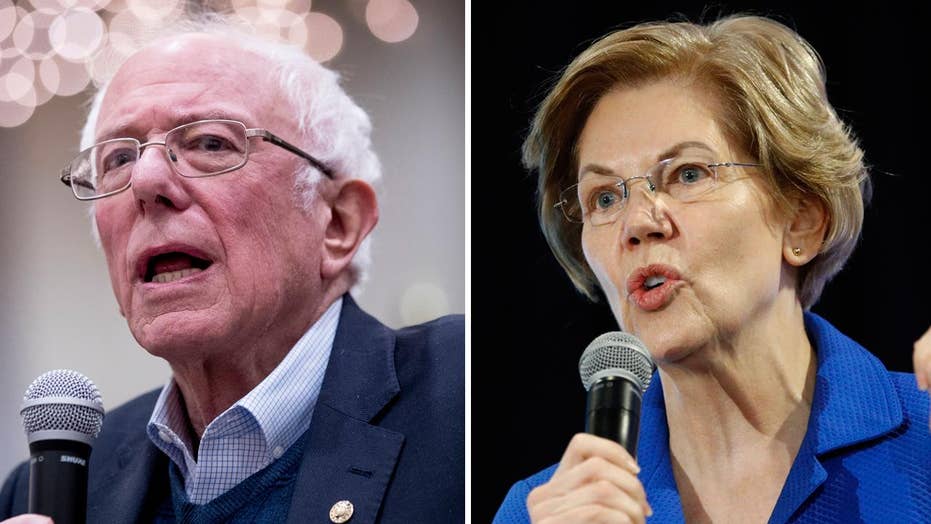 No one can deny that the United States is facing a student debt crisis.

With more than $1.6 trillion in outstanding student loan debt, tens of millions of Americans are forced to pay huge sums of money every month – this writer included – to private and government lenders, slowing down growth in other important areas of the economy, like the housing industry.

As usual, Democrats’ plans to fix this important problem is to throw even more money at it and give greater power to the very same government agents and politicians that messed the system up in the first place.

One of the costliest and most controversial parts of many of these plans circulating among Democratic presidential candidates is to “cancel” some or all student loan debt.

For example, Sen. Bernie Sanders, I-Vt., would eliminate all debt related to student loans that were made, guaranteed or insured by the national government – regardless of the borrowers’ current income.

The proposal formulated by Sen. Elizabeth Warren, D-Mass., would forgive up to $50,000 of student loan debt for those in households earning less than $100,000 per year. Some of those earning more than $100,000 would receive a reduced amount of forgiveness, based on a sliding income scale.

Warren, Comrade Bernie and numerous other Democratic members of Congress have said that such plans are necessary because students are drowning in debt and can’t afford to make their payments. In the vast majority of cases, that simply isn’t true.

Only about 10 percent of borrowers default on their student loans, a rate that has declined for six years in a row. And in many of these cases, borrowers who default hold relatively small amounts of debt – often less than $10,000 – and have acted irresponsibly by amassing numerous other kinds of unmanageable debt, like credit card debt.

Even more importantly, there are already a slew of government programs that make defaulting on student loans relatively uncommon. For example, many students with federal student loans – the overwhelming majority of new borrowers – are eligible for income-based repayment plans that tie monthly student loan payments to household income rather than their debt amount.

The student debt crisis won’t be solved by “canceling” debt because most borrowers can afford to make their student loan payments and many will be eligible for student debt forgiveness at some point in the future.

According to data from the U.S. Department of Education, a single borrower who has more than $100,000 in loan debt and earns $40,000 per year would only initially be required to pay $177 per month in payments under the Pay as You Earn plan, far less than the standard 10-year repayment amount of $1,208 per month. The less a student earns, the less he or she must pay.

Also, depending on where the borrower lives, a person with an income at or below $19,000 isn’t required to pay anything at all under an income-based repayment plan.

Given the dire rhetoric of Sanders, Warren and others, you might also be surprised to learn that the federal government already has numerous student debt cancellation programs. The most readily available allows borrowers to have their entire federal student loan debt forgiven after 20–25 years, including for those who have made few or no payments.

Another popular program provides student loan forgiveness to those who work for a nonprofit organization or for the government after 10 years of on-time, income-based repayments – which, don’t forget, could be very little.

A single borrower working at a qualifying employer who earns $40,000 annually and has an initial loan balance of $100,000 would be eligible to receive $149,550 in student debt forgiveness after 10 years of payments in the Pay as You Earn plan.

Not all borrowers are eligible for these programs. For instance, those with private student loans (a relatively small proportion of all new borrowers) and those with student loans that predate the Obama era are typically not eligible for many of the largest debt forgiveness plans. However, recent borrowers who have taken the time to figure out which federal loans they should be applying for are very often eligible – negating any reason for plans like those promoted by Sanders and Warren.

That’s not to say there isn’t a student debt crisis. But it won’t be solved by “canceling” debt because most borrowers can afford to make their student loan payments and many will be eligible for student debt forgiveness at some point in the future. (And don’t forget that “canceling” debt is a misleading political slogan that’s not based in reality. Someone is going to have to pay the debts of those who receive loan forgiveness!)

The only way to fix the current broken system is to make college much more affordable. And it should start by significantly reducing the federal government’s role in the student lending industry.

People like Sanders, Obama and even some Republicans like George W. Bush helped to create the present crisis by creating or expanding policies that incentivize poor economic decision-making by borrowers, lenders and higher-education institutions.

Because the federal government guarantees nearly all students (and their parents) access to loans that will cover the cost of college attendance – no matter how high it is – colleges know they can charge almost anything they want for tuition, fees and other expenses. That’s the biggest reason the cost of college has skyrocketed in recent decades.

Further, students and parents are not making wise financial decisions because they know that graduates will be able to use income-based repayment plans to limit their monthly payments, regardless of how much debt they have, and that they might even be able to receive loan forgiveness in as little as 10 years.

Instead of promoting reforms that would encourage colleges to lower costs and parents and students to shop around for the best higher-ed bargain, the current system, which was built by irresponsible Democrats and Republicans alike, rewards those who make terrible choices and punishes those who have been fiscally conservative.

Until we fix the foundational problems at the root of the student debt crisis, this important issue will never be resolved.