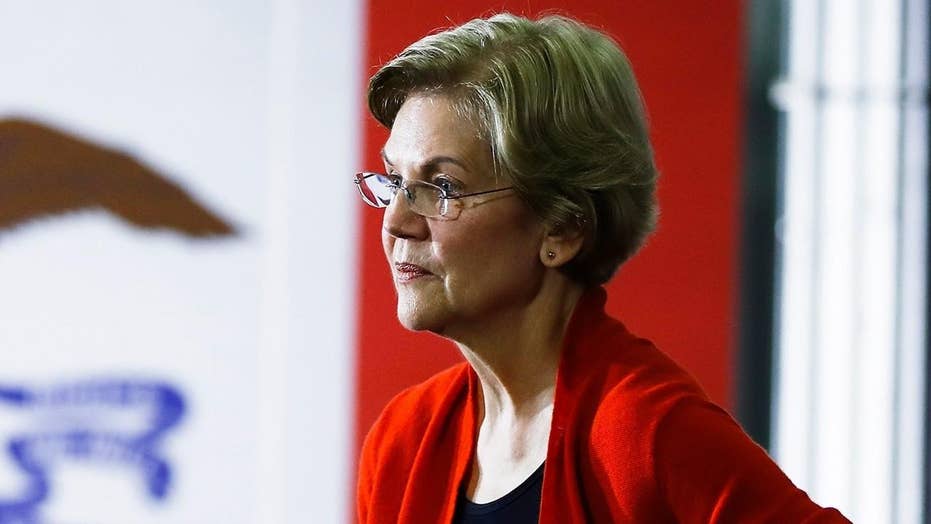 The Electoral College sets a high bar that irks politicians whose base is in the big cities, executive director of Save Our States Trent England says.

Sen. Elizabeth Warren, D-Mass., talks about her Oklahoma roots but rejected them long ago. She settled in Massachusetts, the state that made her its junior senator in 2012. Now Warren wants to be president and, along with many of her fellow Democrats, she’s calling for an end the Electoral College.

This makes sense. The Electoral College sets a high bar that irks politicians whose base is in the big cities. But this is by design. Right from the beginning, one reason for the Electoral College was to check the power of big cities and to require some geographic balance in our politics.

The Electoral College is a two-step, democratic process. Each state gets the same number of electoral votes as it has U.S. representatives and senators. This means small states get at least three, and big states get more. To win the White House requires a majority of electoral votes. All this means that no one can win the White House by running up huge support in just one region of the country or in a collection of big cities. Even overwhelming popularity in places like New York and Los Angeles is not enough to win. Middle America gets a say, too.

NPV would change how states select presidential electors (the people who cast a state’s electoral votes). Under NPV, states would ignore their own voters and instead choose electors based on the national vote. This would manipulate the Constitution to create a direct election for president — an outcome rejected at the Constitutional Convention.

NPV is backed by a well-funded, California-based campaign led by John Koza. One of the left’s mega-donors, Koza’s money comes from inventing the scratch-off lottery ticket used by states to run lottery monopolies. The NPV campaign has spent millions lobbying legislators and taking them on expenses-paid vacations to places like Hawaii and Puerto Rico.

A vast and diverse nation like the United States needs systems that push politicians to consider the interests of many different kinds of people. The Electoral College helps to do this.

NPV takes effect if states representing at least 270 electoral votes support it. So far, 15 states and D.C., with 196 electoral votes, have passed legislation to join the compact. This puts the compact nearly three-fourths of the way to taking effect.

NPV would shift more power to big cities. And because it has no majority requirement or runoff system, it would allow candidates to win with smaller and smaller pluralities. This would encourage splinter parties and spoiler candidates that could produce dramatically anti-democratic outcomes. These are some of the reasons why most major countries elect their presidents or prime ministers with a two-step process, like the parliamentary systems in Canada and Great Britain.

A vast and diverse nation like the United States needs systems that push politicians to consider the interests of many different kinds of people. The Electoral College helps to do this. Warren would be a better candidate if she embraced the diversity of our nation rather than trying to get rid of the Electoral College, or to nullify it with NPV.

Trent England is the executive director of Save Our States.