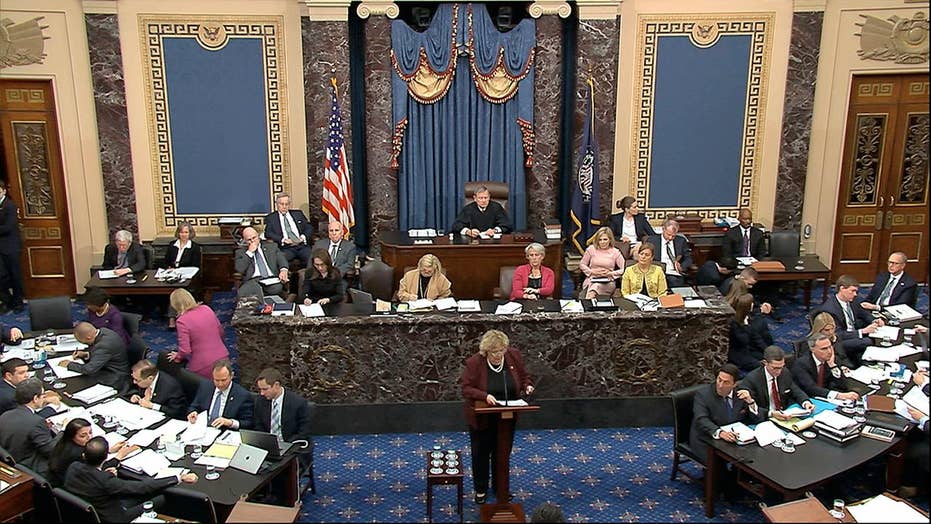 Is the battle over potential impeachment witnesses winding down? Reaction and analysis on 'The Five.'

As the Senate impeachment trial unfolds, we're witnessing an alarming dual justice system where Democrats accuse the president and the Republican Party of criminal wrongdoing and foul play while giving themselves a pass for the very same acts of which they accuse others.

Take foreign interference in U.S. elections. Democrats have launched an impeachment charade against President Trump stemming from a July 2019 phone call he had with Ukraine President Volodymyr Zelensky. Democrats allege that the president pressured Ukraine to investigate former Vice President Joe Biden, a political rival, in exchange for U.S. aid. This accusation stands despite the transcript of the phone call released by the president showing that no quid pro quo or criminal acts took place. Zelensky, a fact witness, has also stated on numerous occasions there was "no pressure" by the president and that Trump did nothing wrong.

Those material facts continue to be dismissed by the left while documented liar and conspiracy theorist Rep. Adam Schiff, D-Calif., Rep. Jerry Nadler, D-N.Y., and other Democrats traffic a deceptive political narrative that the president of the United States committed crimes warranting his removal from office.

Meanwhile, Democrats — and their partisan allies in media — conveniently overlook high-ranking members of their own party doing virtually the same thing with zero accountability.

"That's a threat and that's the same kind of stuff they're accusing Trump of," Kentucky Sen. Rand Paul said during a TV interview last October.

As you can see, Democrats are permitted to engage foreign nations and officials to help them in investigating a political rival — and by doing so invite foreign interference in our elections — but Trump can't do anything that even remotely resembles the same.

A double standard, no?

Then there's the Russian collusion hoax peddled by Schiff, the Democratic Party and complicit fake news media the past several years. Before Trump was even elected, the left spread vicious lies and conspiracy theories that Trump and his former campaign associates colluded with Russia to tilt the 2016 election. As such, Democrats succeeded in getting several congressional and DOJ investigations opened against the president — including a 22-month special counsel investigation — predicated on an "unverified and salacious" opposition research known as the dirty "dossier."

Now here's the kicker: The dossier that reportedly was used as the basis to go after the president and triggering multiple criminal investigations was concocted by Russian informants and an ex-British spy — paid for by Hillary Clinton and the Democratic National Committee.

Translation: It's A-OK for Democrats to work with Russian spies and other shady foreign actors to target their political rival Donald Trump but not acceptable if anyone in Trump's camp has any contacts whatsoever with foreigners.

This includes Lt. Gen. Michael Flynn, Trump's former national security adviser whom Democrats, the biased media and former FBI Director James Comey's corrupt agency went after for speaking to foreign officials during the 2016 transition. Flynn is facing jail time stemming from his conversations with Russian Ambassador Sergey I. Kislyak and then lying about it. Meanwhile, Hillary Clinton and the DNC, who paid millions for the Russian-sourced dossier to derail the Trump campaign are being shielded by the justice system and walking free.

But that's not all.

During this Senate impeachment process, Democrats have been complaining the trial is "unfair" and accusing the president of a cover-up. Of course, they turn a blind eye to how totally unfair their House impeachment proceedings were from the get-go. It was an utterly rigged process that denied the president due process, restricted Republican lawmakers from calling witnesses, accessing documents or allowing Trump's counsel to be present to cross-examine his accusers. Schiff also blocked Democratic-favored witnesses from answering Republican lawmakers questions.

But now they're accusing Republicans of a "cover-up"? It's beyond hypocritical — it's a stacked deck — especially since Democrats have been blocking the whistleblower and other key witnesses such as Hunter and Joe Biden, from testifying.

What we're witnessing is a topsy-turvy house of mirrors where whatever Democrats accuse Republicans of doing they're guilty of doing themselves — with zero accountability, thus eroding trust in our justice system.

One can only hope the American people hold bad actors accountable come November.