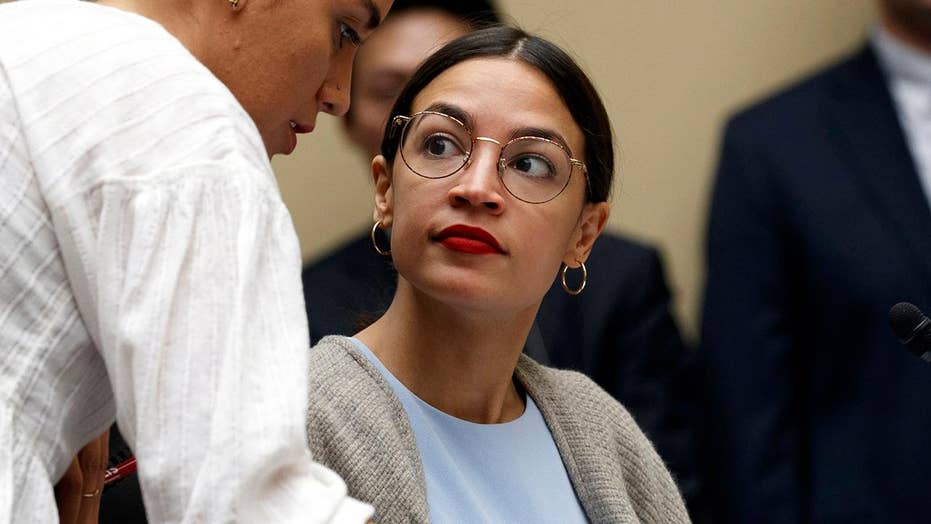 But hey, why let facts get in the way of a good tweet or soundbite for TV? Ocasio-Cortez certainly never has.

Ocasio-Cortez, D-N.Y., tweeted Thursday on behalf of statehood for Washington, D.C. – a long-cherished goal of Democrats, because the city’s overwhelming Democratic voter registration would guarantee that party two more seats in the Senate and one in the House.

The District of Columbia Board of Elections reported in August that a whopping 76 percent of the city’s registered voters are Democrats, but only 6 percent are Republicans.

Never mind that 19 other U.S. cities have larger populations than Washington, D.C. Democrats don’t argue for statehood for those cities.

In tweeting on behalf of D.C. statehood, Ocasio-Cortez wrote: “DC was the 1st territory in the United States to free the enslaved. It’s where Black Americans fled the tyranny of slavery & towards greater freedom, to DC. Yet today it’s where 2nd class citizenship reigns, and the right to vote is denied.”

The National Archives – which employs real historians as opposed to politicians who just make stuff up – says that: “Slavery remained legal in the District until April 16, 1862, when President Abraham Lincoln signed into law an act abolishing slavery in the District.” This took place when the Civil War (perhaps you’ve heard of it, Congresswoman?) was well underway.

In fact, Vermont abolished slavery in 1777. By 1804 every Northern state had passed laws to abolish slavery. It took a few years for abolition to phase in in some states.

When confronted with these historical facts, Ocasio-Cortez tried to explain away her obviously false tweet, writing on Twitter: “The right is pushing back on this. To clarify in 280 chars, DC was the first area where enslaved people were freed by the US government.”

OK, but that’s not a clarification. It’s a correction of a blatantly false statement – something Ocasio-Cortez could not bring herself to admit.

Ocasio-Cortez also stated falsely in her tweet that “the right to vote is denied” to residents of the nation’s capital.

In fact, the people of Washington elect their own City Council members and mayor. And since 1961 D.C. residents have been allowed to vote for candidates for president and vice president, and the district has been able to cast ballots in the Electoral College.

It’s true, however, that because Washington, D.C., isn’t a state, it doesn’t have voting representation in Congress, although it does have a non-voting representative in the House. But that’s a far cry from claiming D.C. residents are “2nd class” citizens who don’t have the right to vote.

It would take a book to list all the false – and frankly ridiculous – statements Ocasio-Cortez has made in her meteoric rise to media stardom.

Why are Ocasio-Cortez’s ignorance and false statements about slavery and the lack of voting rights for residents of Washington important? Because they illustrate her cluelessness and dishonesty (if she actually believes the nonsense she is peddling) about a lot of other things.

And because she has become a magnet for media coverage and has a huge social media following, the 29-year-old first-term congresswoman – who worked as a waitress and bartender before her surprise election victory last year – has enormous influence on the left. Some of her enthusiastic supporters even want her to run for president after she turns 35, the minimum age for a president set in the Constitution.

It would take a book to list all the false – and frankly ridiculous – statements Ocasio-Cortez has made in her meteoric rise to media stardom.

For example, she has come up with the Green New Deal to fight climate change and restructure our entire society to bring about a socialist revolution. In reality, the Green New Deal requires actions that are scientifically impossible, enormous tax increases on us all, the destruction of many industries and millions of American jobs, and trillions of dollars in new government spending that would bankrupt our country.

And on top of it all, the Green New Deal wouldn’t even affect climate change, because it would do nothing to reduce carbon emissions in other countries.

In addition, Ocasio-Cortez’s embrace of the failed system of socialism is downright scary. If she seriously thinks Venezuela, Cuba, North Korea, China and the old Soviet Union are role models for what the U.S. should be, she needs to go back to elementary school and catch up on lessons she missed.

The congresswoman could have a great career as a writer of fantasy and science fiction. What comes out of her mouth – and her Twitter feed – is so divorced from reality that no one who has made it past kindergarten should take it seriously.