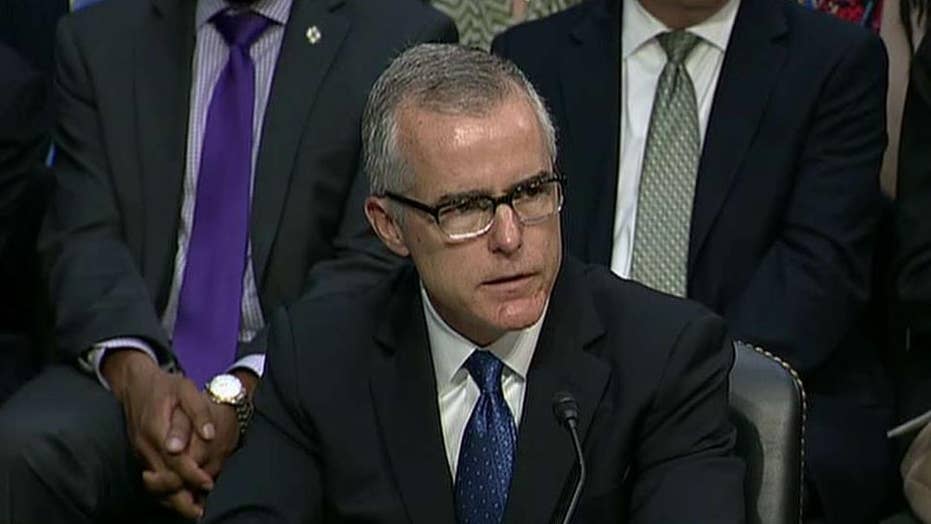 It’s clear that the Justice Department is right to seek criminal charges against fired former FBI Deputy Director Andrew McCabe in light of the leaking and lying that cost him his job last year.

After rejecting a final appeal from McCabe’s legal team, the Justice Department stands ready to seek an indictment against McCabe based on his misconduct as described in an Office of the Inspector General’s report regarding the Hillary Clinton email investigation, Fox News has reported.

Inspector General Michael Horowitz found that McCabe repeatedly lied to investigators about his leaking of confidential information regarding the Clinton probe. That’s a felony. The Justice Department would be remiss in its duty if it ignored the finding and let McCabe escape criminal charges.

Fox News reported that U.S. Attorney for the District of Columbia Jessie Liu recommended moving forward with charges against McCabe and that Deputy Attorney General Jeffrey Rosen rejected an appeal by attorneys for McCabe to go against Liu’s recommendation.

Liu and Rosen made the proper decision. Just because he held a high position in the FBI does not mean that McCabe is above the law.

In the latest development in the case, Fox News reported Friday that attorneys for McCabe are trying again to get the Justice Department to drop plans to prosecute the fired FBI official, who briefly served as acting director of the bureau after James Comey was fired from the top FBI job.

McCabe’s attorneys made the request citing “rumors from reporters starting this morning that the grand jury considering charges against Mr. McCabe had declined to vote an indictment,” according to an email from McCabe’s legal team obtained by Fox News.

If McCabe’s involvement is as extensive as some are suggesting, I have complete confidence that he’ll soon face charges far more serious than merely lying about his leaks.

The likely prosecution of McCabe is an important step in the necessary effort to hold senior Obama-era officials at the FBI and elsewhere accountable for abusing the power and credibility of the U.S. government in an attempt to reverse the American people’s choice of Donald Trump to become president of the United States.

Last month, I reassured Fox News readers that Attorney General William Barr’s decision not to pursue criminal charges against Comey was not “a vindication of Comey, a defeat for the president, or an end to the inquiry surrounding these leaks.”

The likely impending indictment of McCabe proves that I was right to trust Barr’s judgment. The restraint Barr showed in his handling of Comey’s own leaks adds to the legitimacy of the case against McCabe, which seems about to become the first prosecution in the “investigation of the investigators.”

This shows that President Trump’s Justice Department and Attorney General Barr are focused solely on the restoration of public trust, and that they’re totally committed to the integrity of the process as they seek to remove the stain left by the out-of-control Obama-era FBI leadership.

We now know this investigation has teeth. All that remains to be seen is how far it all goes. A wider and wider swath of misconduct during the Comey-McCabe era is coming under scrutiny, as the motion alleging that the government withheld evidence in the case against former National Security Adviser Michael Flynn shows.

Foreign Intelligence Surveillance Court documents – at least some of which reportedly carry McCabe’s signature — may finally be approaching declassification as well.

The ultimate question will be just how much evidence emerges linking McCabe to a conspiracy to trump up charges against Flynn and inflate the Russiagate hoax in an effort to sabotage President Trump.

If McCabe’s involvement is as extensive as some are suggesting, I have complete confidence that he’ll soon face charges far more serious than merely lying about his leaks.

The decision to prosecute McCabe is the strongest indication yet that the Justice Department is on the trail of some truly nefarious behavior by some extremely high-ranking government officials. The only question now is how deep and broad this genuine conspiracy goes.