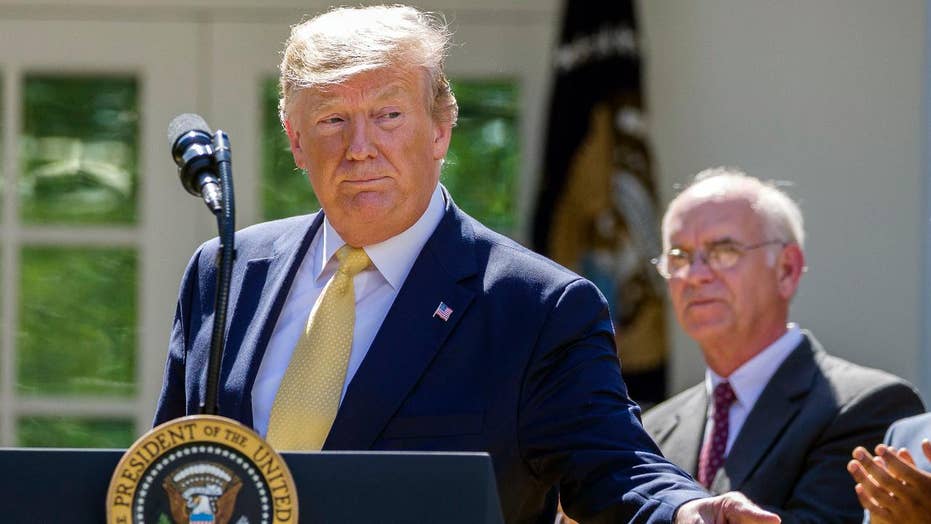 Former federal prosecutor Jon Sale says it is not required by law to contact the FBI if a person is approached by a foreign entity with opposition research.

It’s got to be a good time to be an orthopedist in Washington. I haven’t seen contortionists like this since my last Cirque du Soleil show in Las Vegas. But D.C. Republicans are putting on quite the show, aren’t they? Bending over backwards to defend something they know full-well is wrong: the right for foreign governments to interfere in American elections.  By defending President Donald Trump’s comments that he would happily work with foreign governments to win an election, Republicans have helped him open up the door to foreign corruption and said “come on in.”

Did Trump say verbatim he wants to work with foreign governments to win the next election? No. But that’s the bottom line. Because if you’re willing to sit down and listen to what they have to say, you’re working with them. It would be like if agents of the Russian government contacted a U.S. presidential campaign to offer up “dirt” on their opponent, and that campaign accepted the meeting. Oh, wait…

This is a legitimate and serious threat to our democracy.

Trump’s comments to ABC News were not only an admission of his past, but a preview of what to expect from him in the coming election. And a clear sign that he learned nothing from the Mueller investigation.

It’s an established fact that Russia interfered in the 2016 election, and Donald Trump just told them he’s ready for more.

Set aside any partisan loyalty and ask, “am I ok with that?” Or “how would I react if this was a president of a different party?” And be honest with yourself.

Soon we’ll be celebrating the Fourth of July, Independence Day. But if we not only allow foreign interference in our elections, but encourage it, from what or whom are we actually independent? If a foreign government gives you something, they expect something in return.

Instead of asking themselves these questions, either out of blind partisanship or fear, our Republican Senators and Congressmen have engaged in a game of “what-aboutism.” Instead of calling out the president, they’re pointing to the now infamous Steele Dossier. Aside from the fact that Donald Trump is president and Hillary Clinton isn’t, this has nothing to do with Steele.

For the purpose of setting the record straight, Christopher Steele was a foreign national of a close U.S. ally, not an agent of any government, and he was working for a U.S. company. That company, Fusion GPS, was first hired by the conservative Washington Free Beacon “to do opposition research on Trump on behalf of a Republican opposed to the businessman’s candidacy,” before then being paid by a Clinton-aligned law firm.

For more than 200 years brave men and women have taken far greater risks and paid a much higher price on behalf of our nation. With every statement, the president is practically begging for an impeachment inquiry.

That’s very different from either holding meetings with foreign governments to talk about potential “dirt” on an opponent, or from telling the world you would be open to such a meeting.

“But what about Hillary?” Republicans wail.

How about this? What about America? What about protecting the very independence generations of Americans literally fought and died for? Forget party. I seriously don’t care who you voted for. Because what’s at stake here rises above all of that. A president who has praised murderous foreign dictators has said he’s ok working with foreign governments – even if they are considered adversaries –  if it means him winning an election. Sit with that a minute.

This president needs to be held accountable. Mueller himself stated that Trump wasn’t criminally charged because he could not be indicted under a controversial Justice Department policy. So now it’s up to Congress.

“But what about the political risks of going after Trump?” Democrats wail.

Again, I ask what about America? If we want this to rise above politics for Republicans, then the same standard should apply to Democrats. The action we take should have nothing to do with political expediency and everything to do with protecting our great nation. We have to do what’s right for the greater good.

To be clear, I would very much prefer to beat Donald Trump at the voting booth than seeing him impeached and removed from office (which won’t happen anyway since Republicans control the Senate). Impeachment is a stain on our history that never fades. But, as I have said before, beating Trump on Election Day will be viewed as more fair because the people will have spoken, free from Washington politics. Plus I want Trump to feel the sting from losing.

Is it politically risky? Oh yeah. But for more than 200 years brave men and women have taken far greater risks and paid a much higher price on behalf of our nation. With every statement, the president is practically begging for an impeachment inquiry, it’s time to give him – and our country – what he deserves.