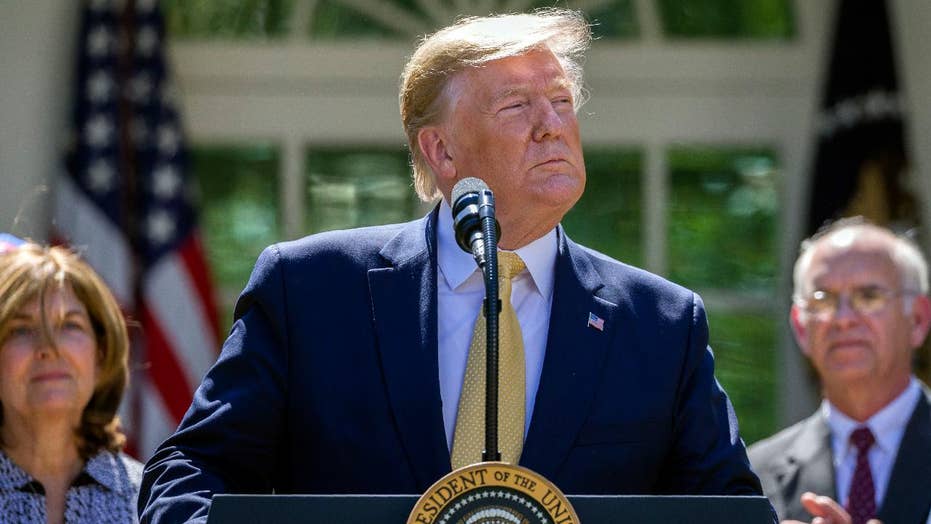 Special Counsel Robert Mueller said last month that charging President Trump with a crime “was not an option we could consider” because of the Justice Department policy barring the prosecution of sitting presidents.

Democrats are now talking about finding a way to change that.

“Congress should make it clear that presidents can be indicted for criminal activity, including obstruction of justice," Massachusetts Sen. Elizabeth Warren, a Democratic presidential candidate, recently proposed.

WARREN PROPOSES LAW SAYING A PRESIDENT CAN BE INDICTED

And other congressional Democrats have since said they are considering whether the DOJ's Office of Legal Counsel 1973 memorandum against charging a sitting president should be revoked -- though no legislation has been introduced just yet.

“It's fair to say that one of the options we should consider is revisiting that Department of Justice rule so you don't have a rogue and lawless president immunized from criminal prosecution,” New York Rep. Hakeem Jeffries, the chairman of the House Democratic Caucus, told The Hill. 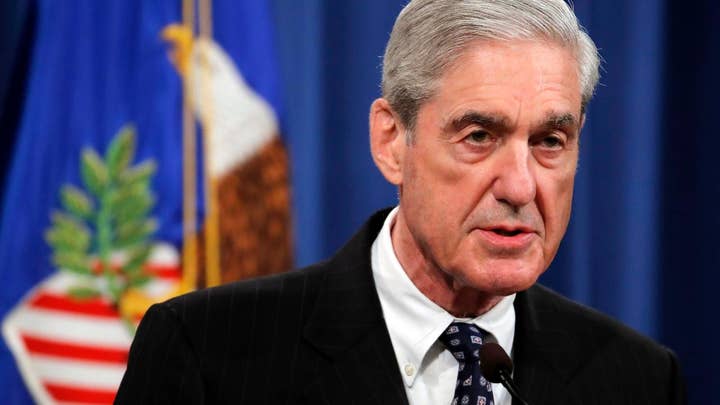 Another lawmaker, Virginia Rep. Gerry Connolly, a member of the House Oversight and Reform Committee, suggested that a measure revoking the policy could be included in some sort of spending package or authorization bill.

“I guarantee you it will be a topic of discussion,” Connolly told The Hill.

While Mueller in his report said his investigation found no evidence of a criminal conspiracy between the Trump campaign and Russia during the 2016 election, the special counsel declined to issue a conclusion in the report about whether Trump obstructed justice through his comments and actions related to the investigation. The president repeatedly referred to the probe as a "witch hunt" and allegedly sought to have Mueller removed -- but he never did, and Trump has recently disputed that he even sought the special counsel's ouster.

“Charging the president with a crime was not an option we could consider,” Mueller said during his public statement last month, adding that “it would be unfair to accuse someone of a crime when there could be no court resolution of the charge.”

After the release of the Mueller report, Attorney General Bill Barr said he determined no crime had been committed by the president, but Democrats have argued Trump would have been charged with obstruction had he not been president. Republicans, meanwhile, have countered that Trump could not have been charged with obstruction since Mueller determined there was no underlying crime of conspiring with the Russians.

TRUMP CLAIMS 'OBAMA HAD TO KNOW ABOUT' EFFORTS TO UNDERMINE PRESIDENCY

The fresh chatter about upending the DOJ guidance amounts to the latest Democratic bid to reexamine federal policy toward alleged wrongdoing of sitting presidents.

Last month, House Judiciary Chairman Jerrold Nadler, D-N.Y., and other Democrats introduced the “No President Is Above the Law Act.” The sponsors said in a news release at the time that it would pause the statute of limitations for any federal offense committed by a sitting president and “ensure that presidents can be held accountable for criminal conduct just like every other American and not use the presidency to avoid legal consequences.”

"No person can be permitted to evade accountability for their actions just because they happen to be president," Nadler said. "I have concerns with the Justice Department interpretation that a sitting president cannot be indicted, but if that is the policy, a president who commits a crime before or during their term in office, could exploit this loophole and avoid prosecution just because the statute of limitations has run out. This is unacceptable. The presidency is not a get-out-of-jail-free card."

Will Elizabeth Warren steal the show at the first 2020 Democratic debate?

Gianno Caldwell and Antjuan Seawright weigh in on what can be expected from the first Democratic presidential debate of the 2020 election cycle.

Even though Barr said he determined no crime had been committed by the president, several Democratic presidential candidates are now indicating on the campaign trail that they would support a DOJ investigation into whether Trump obstructed justice if they win the White House in 2020.

“I believe that they would have no choice and that they should, yes,” Harris said.

“To the extent that there’s an obstruction case, then yes, DOJ’s got to deal with it,” Buttigieg said in an interview with The Atlantic published Thursday.

Trump, during an interview that aired Sunday night on ABC News, denied being worried about being prosecuted once he leaves office.

“Did nothing wrong,” Trump said. “There was no collusion.” 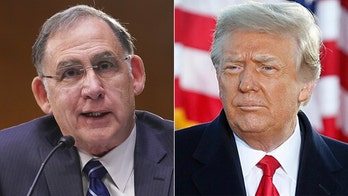