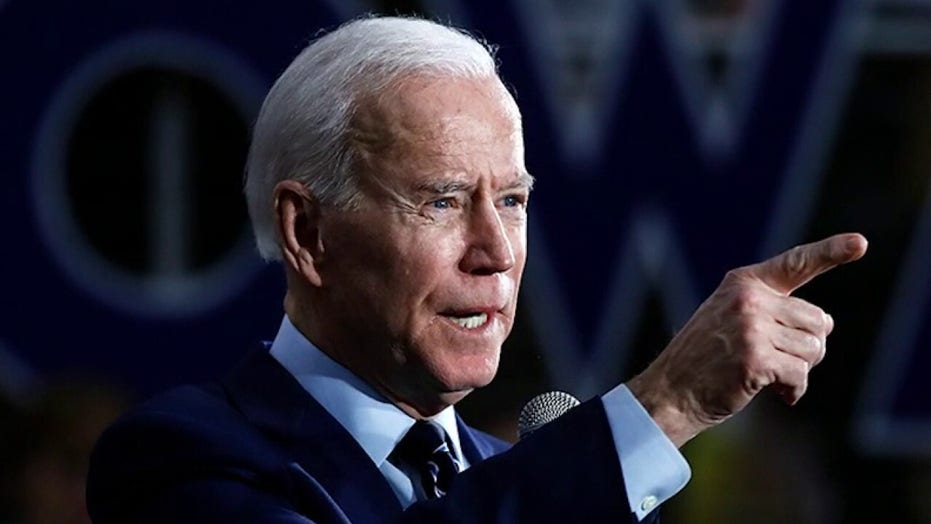 The Democratic Party has taken the black vote for granted for decades, but on Friday former Vice President Joe Biden took this view to a new and very hurtful level. During a morning interview on a popular urban radio show, “The Breakfast Club,” Biden said: “If you have a problem figuring out whether you’re for me or Trump, you ain’t black.”

In civil discourse, we must be able to disagree and to make our case without reducing American voters to the color of their skin. Biden’s statement is the epitome of arrogance and condescension. He challenged millions of black Americans – the descendants of slaves – to choose between our right to think for ourselves and our identities.

Biden backpedaled on his offensive comment later in the day after he got a well-deserved torrent of criticism. “I shouldn’t have been such a wise guy …. No one should have to vote for any party based on their race or religion or background,” he said in a desperate effort at damage control.

Biden didn’t walk back his comments because he thinks his remarks were wrong. It’s clear he thinks he knows what’s best for black people: dependence on and lockstep obedience to the liberal agenda and power preservation.

Biden has shown clearly that he thinks he knows better than black people what is best for us, and that if we don’t support him we are denying our own racial identity and heritage.

Worse, I don’t see Biden’s Democratic colleagues holding him accountable for his comments. Instead, I hear silence.

Biden has shown clearly that he thinks he knows better than black people what is best for us, and that if we don’t support him we are denying our own racial identity and heritage.

Do leaders of the Democratic Party really think they “own” the black vote? Will anyone from the Democratic Party call out Joe Biden? Will my opponent in Michigan’s U.S. Senate race, Sen. Gary Peters? After 30 years of rank-and-file partisanship as a career politician, I suspect he won’t.

Here is what I can say for sure: when one party is guaranteed the black vote, it guarantees that neither party will work for it. I think that this is wrong. Too many people have died and struggled in the pursuit of black Americans’ rights to think and to choose for ourselves to permit any political party or person to take ownership of that right.

Biden’s views have been exposed and stand in stark contrast to President Trump, who visited Michigan Thursday and actually listened to the needs of black people from black people.

On his visit the president asked black community leaders what we need to deal with COVID-19, a disease that has unmasked long-standing inequities in black communities. I was there, joining in advocating for jobs and training to build up our black communities and the entire state of Michigan.

The president also heard requests for medical supplies, small-business help, and even the suggestion of a new college.  President Trump is willing to listen – but most importantly, he is prepared to act quickly for our community.

Has Joe Biden sufficiently proven to us that he’s suddenly willing to do more after nearly a half-century of missed opportunities in Washington as both a senator and as vice president?

Americans of every race, creed, gender and ethnicity should evaluate the candidates and choose for themselves. For my part, I can promise Michigan voters who will see my name on the ballot for U.S. Senate in November that they can expect me to work hard to earn each one of their votes as a candidate and to think independently on their behalf as a senator.

I pray that the people of Michigan will eschew bigotry and judge me based upon the fruits of my actions – not on hearsay, political affiliation and certainly not based on the color of my skin.

John James is the Repulican candidate for U.S. Senate in Michigan.  A West Point graduate, he served as an Apache helicopter pilot with over 750 hours of combat during Operation Iraqi Freedom.  He currently serves as the President of James Group International.