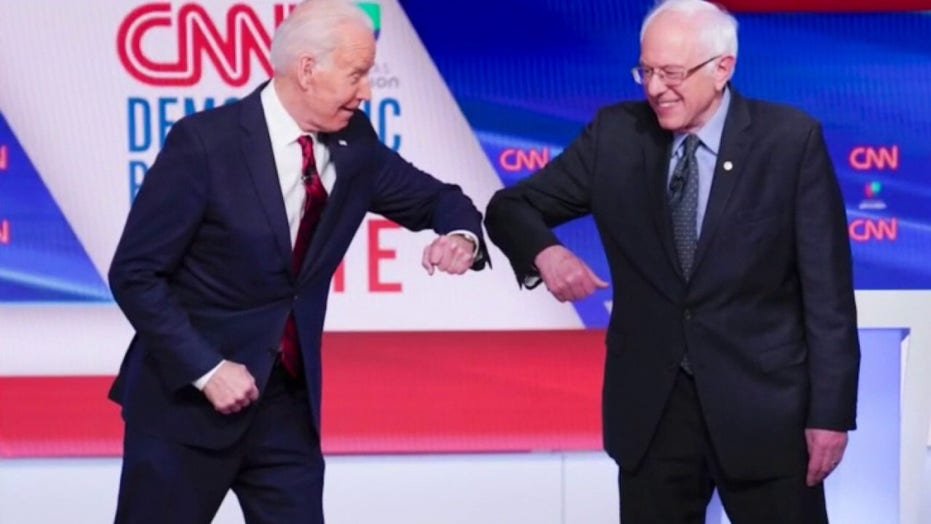 In the first one-on-one Democratic presidential candidate debate between former Vice President Joe Biden and Sen. Bernie Sanders, voters were asked Sunday night to choose between addressing the nation’s current crises and launching a political revolution against what Sanders called “the power structure in America.”

Since part of that power structure is what many Americans are counting on to protect them from the coronavirus, it’s not surprising that Sanders, I-Vt., didn’t close the sale. In the absence of a game-changing stumble by Biden, Sanders remains the clear underdog for the Democratic nomination to run against President Trump.

That’s not to say that Sanders hasn’t won a big consolation prize. He has yanked the Democratic Party to the left and dragged Biden with him. The former vice president embraced the “identity politics” of Sanders supporters Sunday night by promising to appoint a woman as his running mate and an African-American woman as his first Supreme Court appointment. Sanders said “in all likelihood” he would also pick a woman running mate as long as she was progressive enough.

Biden then continued his effort to placate his party’s left in ways that may complicate his general election strategy by driving some centrist voters to support Trump.

Biden’s new position on immigration is that if he is elected, no one will be deported in his first 100 days as president. And he said a person who enters the U.S. illegally won’t be deported even if the person has a criminal record in any foreign country, unless the immigrant is convicted of a felony in the U.S.

That position on deportations is an extreme one that could cost Biden votes even in Hispanic communities among people who fear that new neighbors who have committed crimes elsewhere might commit crimes again in the U.S.

Then Biden sought to appease the environmental community by pledging that there would be “no new fracking” if he becomes president, and also said he would ban drilling for fossil fuels on public lands.

Given the importance of fracking to the economies of key electoral states such as Pennsylvania, Ohio and even Colorado, Biden is opening himself up to relentless attacks by Trump in the fall that he is anti-jobs and that he would make America dependent on imported oil and natural gas.

In spite of what was overall a good night, Biden must be disappointed that Sanders didn’t take the opportunity to drop out of the race at the close of the debate. Sanders hurt Hillary Clinton in 2016 by dragging their presidential primary battle into the summer. The result was that 12 percent of Sanders voters wound up voting for Donald Trump, with an additional unknown number choosing to stay home or vote for a third-party candidate.

Nonetheless, Biden could take a lot of satisfaction from how the debate went. Biden’s next debate against Sanders is a month away, giving the former vice president plenty of time to scoop up more delegates.

Biden appeared more statesmanlike and realistic than Sanders, and nothing said Sunday night dented his argument that he’s more electable against Trump.