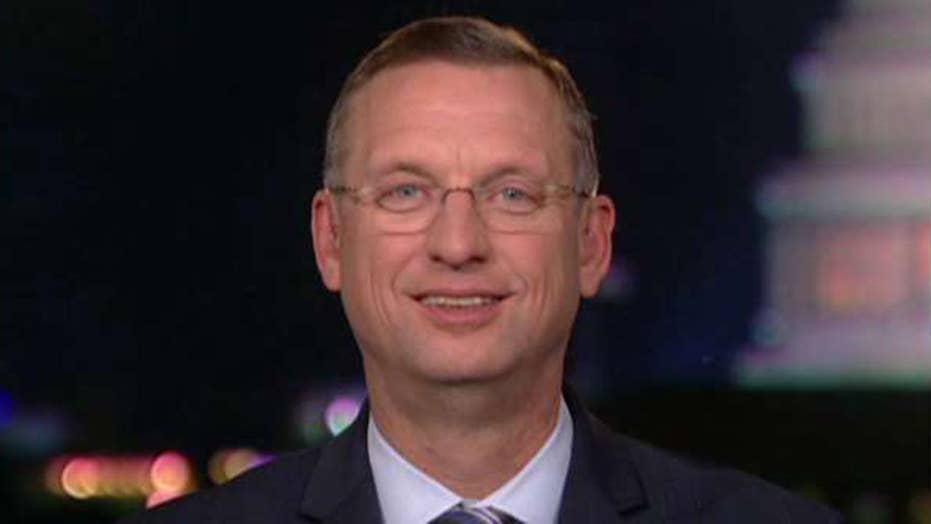 President Barack Obama would have been impeached if the standards House Speaker Nancy Pelosi and her fellow Democrats are applying to President Trump today had been evenly applied before 2017.

Did Obama withhold documents? Daily. Did he hold back witnesses? Regularly. Did he unnecessarily delay congressional inquiries? Yes.

Did Obama encourage foreign governments to help him politically? Absolutely. Did his vice president – Joe Biden – engage in manipulation of a foreign prosecutor? Sure did.

JASON CHAFFETZ: BIDEN FALSELY CLAIMS NO HINT OF SCANDAL WHEN HE WAS VP

Did a Republican-controlled House ever seriously consider impeaching President Obama?  Of course not. It would have been absurd – just as absurd as the effort now underway by the Democratic majority in today’s House to impeach Trump.

The natural tensions found between the legislative and executive branches of government when two different parties share power is not a new phenomenon. The United States has lived through these political differences for more than 200 years.

Yet this election cycle is different. The Democrats have been hyperventilating about Trump’s mere presence since he descended the escalator at Trump Tower to announce his candidacy.

The establishment doesn’t like Trump and the media want to get him out of Washington. But the economy is doing great, foreign policy is succeeding, and the prospect of Trump winning a second term is high.

The Democrats have been operating with the end in mind. Since Day One of Trump’s presidency, the resistance wing of the Democratic Party has been plotting to impeach him.

For three years the Democrats have been seeking evidence and hoping to find facts to support their conclusion that Trump should be impeached. Thus far they have failed. Special Counsel Robert Mueller’s report was a bust in their minds – but undeterred, they still seek to impeach, no matter the evidence or lack thereof.

On. January 20, 2017 The Washington Post published a story headlined “The Campaign to Impeach President Trump Has Begun.” This was the first day of the Trump presidency – but his opponents already wanted him out office.

“The resistance” wanted to grab back the power and didn’t want to wait four or eight years. The clock is ticking and they must move now or they will run out of time.

Impeachment has always been the goal for the Democrats. They knew what they were going to do – if only they could find some information so egregious they could convince others to join them.

By contrast, when I was a Republican in the House of Representatives when President Obama was in office we sought accountability and followed the facts, but never seriously suggested impeaching the president.

There was plenty of scandal in the Obama-Biden administration.

We investigated Fast & Furious, the IRS scandal, Benghazi, Hillary Clinton’s emails, the secretive Iran payment, Obama’s Justice Department spying on reporters, Obama’s intervention in Libya, and on and on.

And that was all before the revelations uncovered by the Justice Department inspector general resulting in referrals for prosecution or disciplinary action against the FBI director, deputy director and assistant director.

The investigations of the Obama-Biden administration were serious, involving cases where people were killed and major malfeasance was being perpetrated.

Based on the loose, make-it-up-as-we-go secretive “impeachment” proceedings by Speaker Pelosi, she should have sought to impeach President Obama. He would have never had a chance.