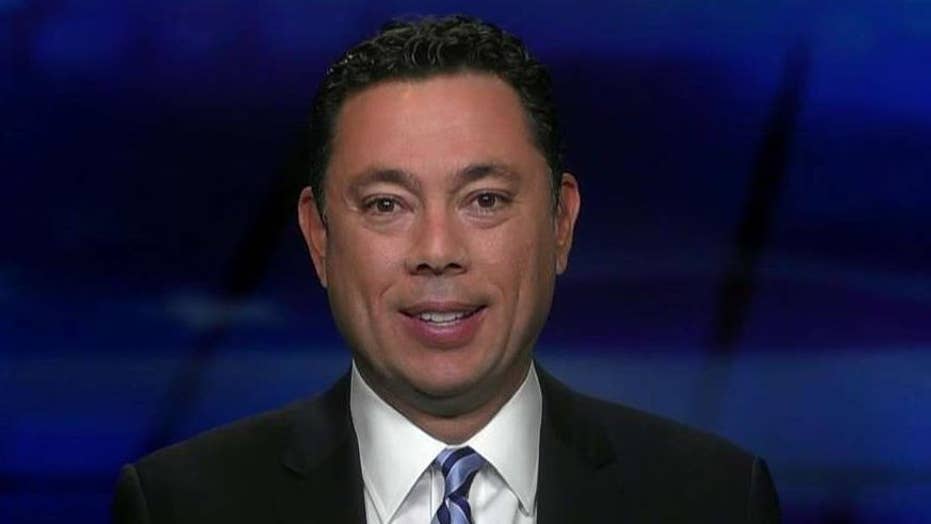 Following frightening demonstrations of how to breach voting machines at a recent Las Vegas hacker conference,  Democratic lawmakers are pointing the finger at Senate Majority Leader Mitch McConnell, R-Ky., accusing him of blocking so-called "election security" measures passed by Democrats in the House.

There's one problem: it's all just a pretext. If their solutions are any indication, the Democrats don't actually care about election security. What they care about is securing power.

Like their solutions to climate change, the Democratic solutions to problems with election security are not serious. The supposed solutions are just another way to justify an unprecedented consolidation of power in a federal government Democrats hope to control.

I did a deep dive into the Democrats’ so-called election security measure for my upcoming book, “Power Grab: The Liberal Scheme to Undermine Trump, the GOP, and Our Republic.”

Like their solutions to climate change, the Democratic solutions to problems with election security are not serious. The supposed solutions are just another way to justify an unprecedented consolidation of power in a federal government Democrats hope to control.

Democrats made this issue the centerpiece of their legislative agenda this year, honoring it with the symbolic bill designation of H.R. 1. Though they refer to it as the For the People Act, a closer inspection shows this is a bill written by the swamp and for the swamp, with provisions specifically designed to protect the swamp.

Though the bill was dead on arrival in the Senate, it can tell us a lot about what Democrats really mean when they use the term "election security."  Hint: they aren't talking about stopping hackers.

Like the deceptively named Affordable Care Act, the For the People Act was named to create the illusion that it would do exactly the opposite of what it does. Democrats marketed the legislation as an ethics reform bill. The nearly 600-page behemoth addresses election reforms, campaign finance rules, redistricting, and the makeup of the Federal Election Commission (FEC), among other things.

In reality, the bill would impose more than 30 consequential new federal mandates on state governments. It would essentially reverse our election process from a bottom-up approach run at the local level to a top-down approach controlled by partisan politicians and a newly politicized FEC.

H.R. 1 appears designed to ensure a permanent hold on power for Democrats. If you wanted to create a roadmap for perpetuating voter fraud, the legislation would look a lot like this bill.

The For the People Act's most egregious provisions include eliminating tools for detecting voter fraud, overriding voter ID requirements, nullifying state laws, imposing sweeping limits on free speech, and turning control of the FEC over to partisans.

The bill expands the FEC from an even number of members to an odd number in a way that enables partisan control.

Voter list maintenance is one of the most egregious targets of the bill. Using the sinister term "voter caging" to describe basic maintenance activities required by the National Voter Registration Act, the bill prohibits states from verifying current addresses of registered voters against the U.S. Postal Service's national change-of-address system.

The For the People Act compels states to stop using provisional ballots for people who show up on Election Day asserting they have moved into the precinct. Those people would be required to use a regular ballot, which could not later be retrieved if the voter's address proved invalid.

If someone were to lie about where he or she lives, there would be no way to recall that ineligible vote. In my book, I detail many more examples of how the bill nullifies voter ID laws, removes incentives for challenges of voter eligibility, legalizes ballot harvesting and more.

This bill is anything but an election security measure.

Yet over the weekend, we had Rep. Ted Lieu, D-Calif., telling the media that Republicans are to blame for poor election security because Sen. McConnell will not put this fake election security bill on the Senate floor for a vote.

Democratic hand-wringing over election security is all just a pretext for a new kind of power grab. Though there is likely common ground between Democrats and Republicans on the issue of preventing hacking, Democrats are more interested in weaponizing the consensus on that issue so they can pass bills that stack the deck in their favor politically.