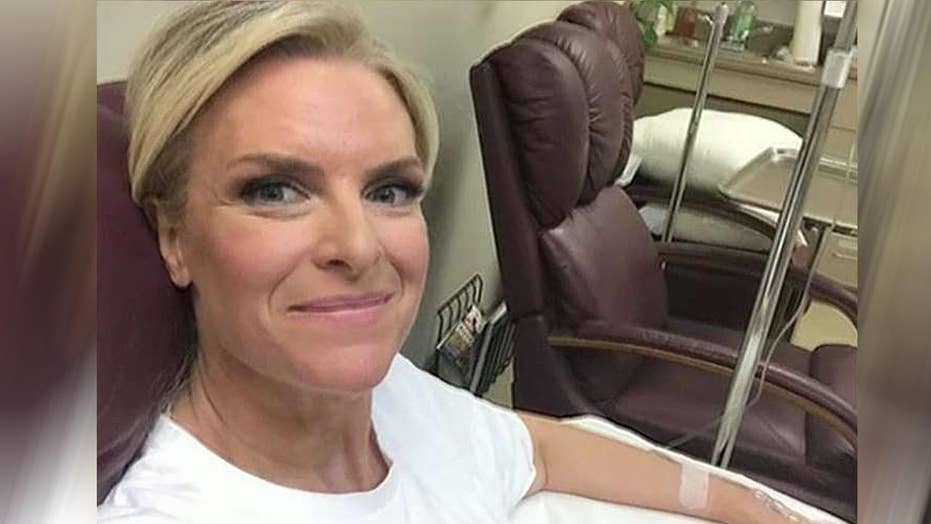 A new study is the first major examination of MS prevalence in the U.S. since 1975, telling the world about the scope of this neurological condition.

It’s the headline that is making all of us who live with or love someone with multiple sclerosis (MS) pay attention. There are many more of us out there than has ever been reported.

Four years ago, the National Multiple Sclerosis Society decided to do a study of MS prevalence in the U.S. The number of people with the disease that the society had been citing – 400,000 – seemed way too low to people in the MS community.

So the society got together some very smart folks – neurologists, epidemiologists, statisticians – and they came up with an algorithm and used it to search through 125 million medical records.

JANICE DEAN: THIS IS #MS -- MY JOURNEY WITH MULTIPLE SCLEROSIS

The results show there are actually more than twice as many people in the U.S. living with MS as previously estimated – nearly 1 million.

For me, this study is personal. In 2005 I was diagnosed with MS and over the past 13 years, I have met hundreds of people who also live with this disease. Almost every single person I know tells me they have a loved one or a friend who has it too.

My first major flare-up happened in 2005. I literally woke up one morning and could not get out of bed. I had numbness and tingling in my feet and thighs. I was so exhausted – it was difficult for me to even move.

The first doctor I saw told me my symptoms could be anything from a slipped disc to multiple sclerosis. She told me I needed to see a neurologist and get an MRI (magnetic resonance imaging) scan. Neurologists use MRI scans for examining the brain and spinal cord.

My MRI showed lesions on my brain and spine. I also had a spinal tap done. That showed I had proteins in my spinal fluid that further confirmed my diagnosis.

I felt alone at the time. But I don’t feel that way anymore.

The new study is the first major study of MS prevalence in the U.S. since 1975, according to Dr. Nick LaRocca, vice president of health care delivery and policy research for the National MS Society. He is one of the researchers and co-authors of this study. He’s been researching MS prevalence for 12 years.

Dr. LaRocca said the new findings are important because they tell the world about the scope of this neurological condition.

“The more we know about a disorder, then we can make a bigger difference,” LaRocca said. “If a million people have this, rather than a thousand, that leads to bigger policy implications from state to a national level. Now more people will do more research, there will likely be more money available from an advocacy standpoint on a federal and state level. It’s motivation to do more.”

Before the new study, the MS International Federation estimated more than 2.3 million people are affected by MS worldwide. There’s no word yet on how the results of this study will affect that number.

Because the federal Centers for Disease Control and Prevention does not require U.S. physicians to report MS cases, and because symptoms can be completely invisible, the prevalence of MS in the U.S. can only be estimated.

LaRocca reminds us that before 1990 there were no treatments for MS. Back then, because there were no effective drugs or therapies, some doctors wouldn’t even put the diagnosis in the charts. People were just told to go home and try to live their best lives, not knowing if they would recover or get worse.

Things have changed with better methods to diagnose MS and more than a dozen drugs and therapies to help slow the progression of the illness – there is much more hope today.

Still, there’s no way to predict how a person’s MS will progress. I have relapsing-remitting MS, which means my attacks or exacerbations subside with full or partial recovery.

Others have a more aggressive type of the disease which causes a steady progression of disability from the onset of symptoms, with few or no relapses or remissions. And there are others who are somewhere in between.

There is no cure for MS. However, there are more than a dozen medications that have been shown to modify the course of the disease, reducing the number of relapses and delaying the progression of disability to some degree.

Because this new study is showing that more of us have this illness, there is hope that our strength in numbers will help advance treatments and understanding of MS in the future – perhaps even getting us closer to finding a cure.

Cyndi Zagieboylo, president and CEO of the National MS Society, says society officials weren’t surprised by the results of the new study.

“We always knew the numbers were greater,” Zagieboylo said. “But this proves there are many, many more who live with this. We want to know and help every single person who has MS. This study gives us twice the amount of amplification. Now we know we have more numbers, twice as many people need support, need to have help to live their best lives, and twice the number of people need us to find a cure.”

Zagieboylo said it’s not just the person living with MS who is affected.

"If twice as many people have MS, then that’s many more caregivers and those who need our support to care for their loved ones.” Zagieboylo said. “We are here for every single person who lives with MS and their family and loved ones. And now we can shout it. We need you! We need your voice. We need every single one of you to get the message out to end this. The numbers matter. Together we are even stronger and together we can beat this.”

If you’d like to find out more about MS and this new study, I encourage you to click here.

"Every day, people living with MS do whatever it takes to move their lives forward," Zagieboylo said. "They work, have families, advocate for themselves and others with the disease. Their strength, courage and resiliency inspire us in our work to end MS forever."

I have to say in closing that the release of this study is very timely because I’ve written a book in which I spend several chapters sharing my MS diagnosis and how I’ve dealt with the challenges of the illness. One of the main reasons I wrote "Mostly Sunny" was to help others feel like they are not alone.

The diagnosis was terrifying, and the struggle can be incredibly frustrating – especially not knowing what the future holds. However, I don’t feel like I’m alone anymore. And now, with more of us out there, the message is clear.

There is strength in numbers. We’re twice as loud. We’re twice as powerful. There are more of us who need to see the end of MS in our lifetime. Because together WE are stronger.

And the forecast for MS?  It’s looking better and brighter every day.