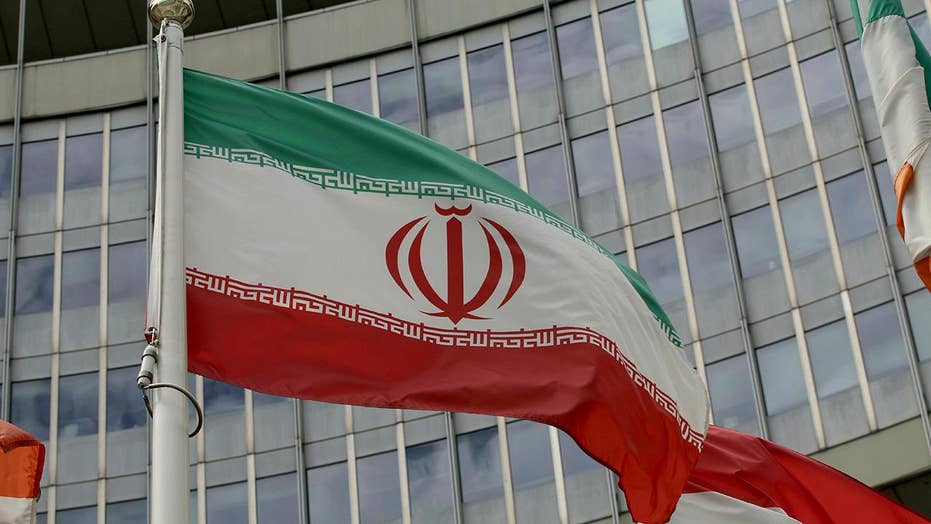 Ehe Royal Navy says Iran tried to block a British oil tanker from passing through the Strait of Hormuz; analysis from Jon Alterman, director of the Middle East program at the Center for Strategic and International Studies.

The pundits wringing their hands and prognosticating war between Washington and Tehran are focusing on yesterday’s news. Like the latecomers to "Stranger Things" who are still watching and rehashing its third season, they are way behind the real discussion: What will happen next season?

Tehran seldom looks back. The regime is always pressing forward. Consequently, its leaders must be mulling the day when they will have to deal with a United States president post-2020.

Most likely the leaders of Iran are developing a strategy to accommodate different electoral outcomes: one that will put them in a great place if Trump loses, but also leave them in a stronger negotiating spot than they occupy now if Trump should win.

With that as a goal, upping the ante on military confrontation makes little sense for the regime.

Iran’s leaders have already learned — after shooting down a U.S. surveillance drone — that Trump can’t be goaded into a disproportionate military response. Rather he responded to Iran’s aggression with an asymmetrical counterpunch — some pointed cyber strikes — that caught Tehran flatfooted.

Washington also engineered the British seizure of Grace 1, an Iranian tanker bound for Syria in violation of European Union sanctions.

The Iranians' next gambit turned into an embarrassment. It sent small craft to dog and demand payment from a British tanker, but wound up looking pretty pathetic when the Iranian ships fled at the approach of a single warship flying the Union Jack.

This cat-and-mouse strategy has not worked out for Iran. The whole idea was to suck Trump into doing something reckless, so as to weaken both international support for containing Iran and Trump’s reelection chances.

Of course, rogue nations gotta go rogue, so Tehran’s leaders still try to look threatening, wagging their fingers at the British and enriching uranium beyond the levels permitted under the Iran deal and far in excess of what’s needed for a civil nuclear program.

The British should ignore Tehran’s whining and not release Grace 1, despite whatever "assurances" or threats the regime might make. The ship now has no flag (Panama revoked its registry), no insurance, and may not even be legitimately seaworthy. Let it rust away in Gibraltar’s quiet waters. Tehran will get the message: "Go try and pick on someone else."

Meanwhile, in the near term it is extremely unlikely the Europeans will meet Tehran’s demands to find ways around U.S. sanctions. To be honest, if they could they probably would. They can’t. Tehran knows that.

Yet the regime will likely keep up its illegal uranium enrichment activities, even though it could well trigger the dispute resolution clause in the Iran deal, eventually leading to even more sanctions.

Why would Iran risk further isolation? Because it can. The regime is certainly capable of tightening its belt and squeezing enough out of the economy to keep everything going until after the November 2020 elections in the U.S.

Iran’s leaders have been through tougher times. They will follow the time-honored recipe of totalitarian regimes: make their people suffer for the excesses and misjudgments for their brutal leaders.

Continuing to enrich uranium and irritate the U.S. and its European allies makes perfect sense from Tehran’s perspective: it gives the regime something to bargain with in 2020. If Trump is ousted, expect the resolve of a new administration and the Europeans to buckle faster than a fan offered free tickets to a Carrie Underwood concert. Everyone will be anxious to appease a dangerous Iran.

On the other hand, if Trump wins, the mullahs will need to make a deal. However, enrichment and abhorrent behavior are all they have to put on the table. From Tehran’s position, the more of these "chips" they can pile up before the election, the stronger they can push their cards.

Tehran is not foolish enough to seek all-out war with the U.S. But it seems bent on tip-toeing up to the limits of U.S. forbearance as a way to strengthen its bargaining position in future, post-2020 election negotiations.