An oil tanker traveling through the tiny strip of water located in the mouth of the Persian Gulf stopped transmitting its location more than two days ago when it drifted into Iranian waters.

It is not clear what happened to the Panamanian-flagged oil tanker – which is based in the United Arab Emirates – on Saturday night as it traveled through the Strait of Hormuz, but its apparent disappearance has raised concerns amid heightened tensions between Iran and several Western nations.

The Riah, a 190-foot oil tanker, typically made trips from Dubai and Sharjah on the UAE’s west coast before going through the strait and heading to Fujairah on the UAE’s east coast.

DETAINED IRANIAN TANKER WILL BE RELEASED IF OIL IT'S BOUND FOR SYRIA, UK FOREIGN SECRETARY SAYS 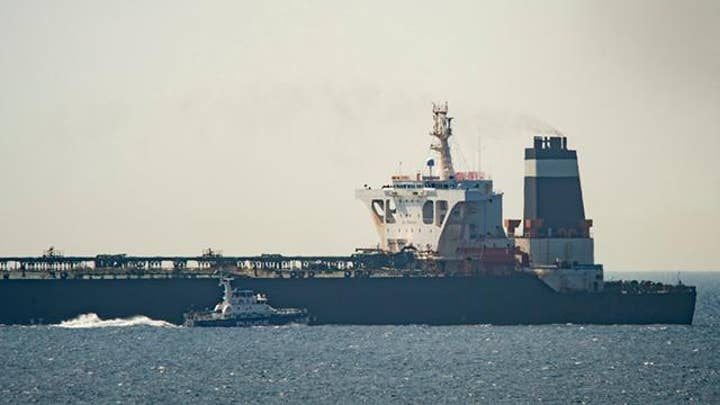 However, something happened to the vessel after 11 p.m. on Saturday when it stopped transmitting its location with tracking data shows its last position pointing toward Iran.

Capt. Ranjith Raja of the data firm Refinitiv told The Associated Press on Tuesday that the tanker hadn't switched off its tracking in three months of trips around the UAE.

Oil tankers have previously been targeted as the Persian Gulf region took center stage in a crisis over Iran’s unraveling nuclear deal with world powers.

Recently, Iran has inched its uranium production and enrichment over the limits of its 2015 nuclear deal, trying to put more pressure on Europe to offer it better terms and allow it to sell its crude oil abroad.

However, those tensions also have seen the U.S. send thousands of additional troops, nuclear-capable B-52 bombers and advanced fighter jets into the Mideast. Mysterious attacks on oil tankers and Iran shooting down a U.S. military surveillance drone has added to the fears of an armed conflict breaking out. 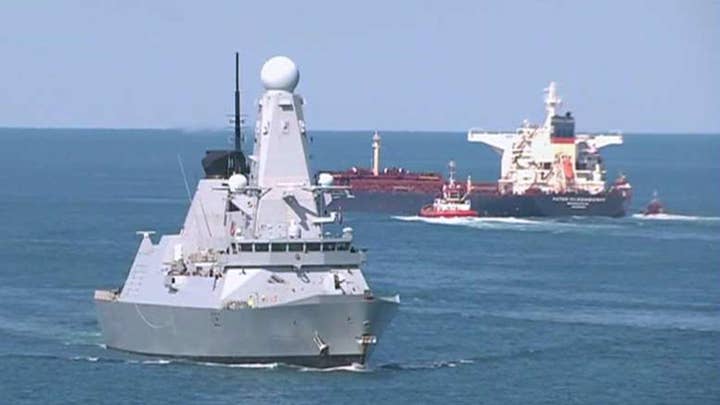 Iranian officials have not said anything publicly about the ship, nor have officials in the UAE. The U.S. Navy's 5th Fleet, which oversees Mideast waters, declined to immediately comment.

The ship's registered owner, Dubai-based Prime Tankers LLC, told the AP it had sold the ship to another company called Mouj Al-Bahar. A man who answered a telephone number registered to the firm told the AP it didn't own any ships.

Separately, Iran's Supreme Leader Ayatollah Ali Khamenei said Tuesday his country will retaliate over the seizure of an Iranian supertanker carrying 2.1 million barrels of light crude oil. The vessel was seized with the help of British Royal Marines earlier this month off Gibraltar.

Khamenei called the seizure of the ship "piracy" in a televised speech Tuesday. 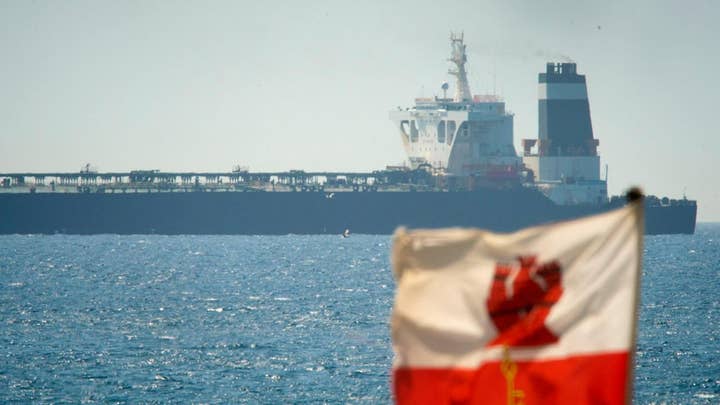 "God willing, the Islamic Republic and its committed forces will not leave this evil without a response," he said.

British Foreign Secretary Jeremy Hunt said Saturday that Britain will facilitate the release of the ship if Iran can provide guarantees the vessel will not breach European sanctions on oil shipments to Syria.