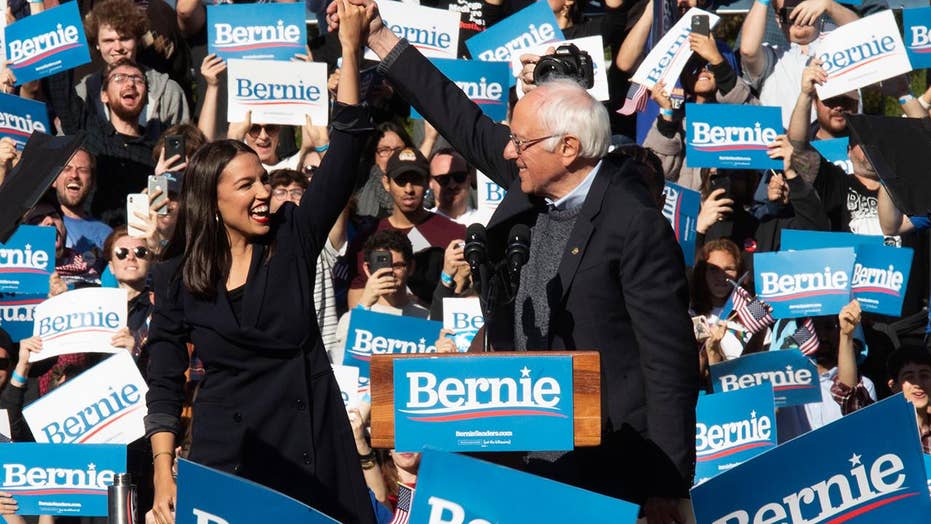 Following Iran’s missile attack Wednesday on U.S. troops in Iraq in retaliation for the U.S. killing of Iranian Gen. Qassem Soleimani – and the Iraqi Parliament’s nonbinding vote calling on the U.S. military to leave – America needs all the friends it can get in the Middle East.

In these troubled and uncertain times, we have no truer and more important ally in the region than the Jewish state of Israel.

Despite this fact, Democratic presidential contender Sen. Bernie Sanders, I-Vt., has become one of the leading critics of Israel on Capitol Hill. He has taken positions that – if he is elected president in November – would make him the most anti-Israel president since the founding of the modern Jewish state in 1948. His intent and timing could not be worse.

Sanders has said plenty of things about Israel that have bothered members of the Jewish community, including his misguided assertion that American foreign aid to Israel – which strengthens U.S. national security – should be dependent on Israel’s fealty.

In the past, Sanders has watered down the despicable crimes of Hamas, the terrorist group based in the Gaza Strip that is hell-bent on the annihilation of the Jewish people. He oddly seems more concerned about the welfare of Palestinian terrorists than Israelis.

However, when convenient, Sanders is happy to trumpet his Jewish identity and even call himself a Zionist. He wants us to believe that because he was born into a Jewish family he is immune to criticism for his positions that would cause grave harm to Israel should he become president.

Sorry, but we have to judge presidential candidates based on their records and their policy positions.

In addition to his own anti-Israel views, Sanders has surrounded himself with political allies who champion anti-Israel policies and either perpetuate or enable anti-Semitism on the far left.

This goes beyond Israel policy. Last year Rep. Ilhan Omar, D-Minn., made comments embodying classic anti-Semitic tropes. Sanders could have sent a powerful message by speaking out, but remained conspicuously silent on her incendiary remarks – and indeed is one of Omar’s strongest supporters in Congress.

Omar and Democratic Reps. Rashida Tlaib of Michigan and Alexandria Ocasio-Cortez of New York have all made or enabled problematic remarks that crossed the line between criticizing the Jewish state of Israel and being anti-Semitic. Yet Sanders proudly counts them among his strongest supporters in his presidential campaign and expresses deep admiration for them.

Another strong supporter and campaign surrogate for Sanders is Linda Sarsour, who has a long, shameful history of anti-Semitism.

Late last year Sarsour made a series of incendiary statements, including the accusation that Israel is rooted in “Jewish supremacy” and the assertion that true progressives cannot support Israel.

Why does Sanders welcome the support of these anti-Semites and enemies of Israel? With each new incident, the answer becomes a little clearer: He is courting a far-left fringe that flirts dangerously with anti-Semitism.

Since the modern state of Israel was founded it has enjoyed strong bipartisan support in Congress and from every American president. This is as it should be, because Israel allies itself with America no matter which political party is in power in the White House and Congress.

The Jewish people are, of course, history’s underdogs – persecuted, marginalized and murdered over the centuries. We nonetheless persisted and established the state of Israel in our own ancient homeland, which itself is beset by enemies – Iran being among the most dangerous.

At the same time, millions of Jewish Americans today face a rising tide of anti-Semitism. It would make sense for Sanders, a Jewish American, to stand up for his own community and not turn against the only Jewish state on the planet.

To some, the lines between criticism of Israel, anti-Zionism, and anti-Semitism are blurry. Linda Sarsour’s rhetoric, by contrast, is crystal clear; she is a textbook case of someone using Israel as a proxy to spew vitriol against the Jewish people.

Yet Sanders has come to Sarsour’s defense through numerous controversies – including her association with Louis Farrakhan, an anti-Semite who once referred to Jews as “termites.”

We must be fair when it comes to calling out left-wing anti-Semitism and anti-Israel vitriol.

When Donald Trump received support from white nationalists in 2016, including an endorsement from former KKK head David Duke, the world called on him to reject this support and lambasted him for so much as hesitating. Sanders has not only failed to reject Sarsour’s support – he has given her a pulpit and a microphone.

Sanders is no idiot and he is not naïve. He knows that speaking out against anti-Semitism on the far left or speaking out too strongly in support of Israel threatens his legitimacy in the eyes of fringe far-left progressives, whose opposition to Israel runs deep.

It’s disgraceful that instead of taking a stand, instead of taking this opportunity to change people’s minds about the dangers of anti-Semitism, Sanders enables and endorses the anti-Zionist rhetoric of his base.

No one expects Sanders to give the Jewish community and Israel special treatment because of his Jewish heritage. But at the same time, he should not be turning against the Jewish people and the Jewish homeland with greater vehemence than any non-Jewish candidate for president.

Hate and bigotry have no place in legitimate political discourse. Sanders should acknowledge this and stop allying himself with those who embrace hatred of Israel and the Jewish people.

And Sanders should reevaluate his own positions on Israel and start treating it like an ally and not an adversary of the U.S.

Will Sanders take these steps? Most likely he will not. Voters who support Israel and the Jewish people should keep that in mind when they cast ballots in upcoming Democratic primaries and caucuses.

Jack Rosen is president of the American Jewish Congress.