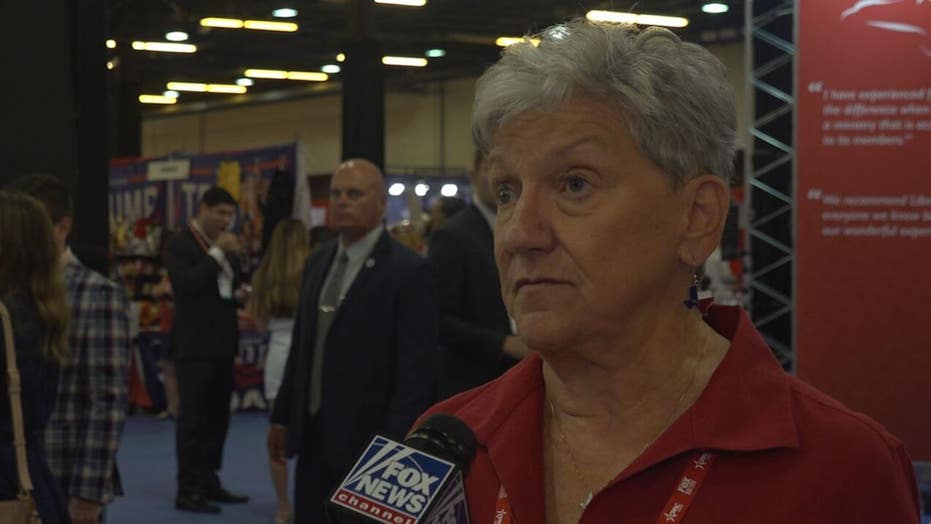 "What happened to you?"

It’s a question I get a lot on Twitter. "When did you become so far right?" "Why have you become a white supremacist, transphobic, misogynistic eugenicist?" Or, of course: "See! I told you who he really was! Just take the hood off, Sully!"

It’s trolling, mainly. And it’s a weapon for some in the elite to wield against others in the kind of emotional blackmail spiral that was first pioneered on elite college campuses. But it’s worth answering, a year after I was booted from New York Magazine for my unacceptable politics. Because it seems to me that the dynamic should really be the other way round.

The real question is: What happened to you?

The CRT debate is just the latest squall in a tempest brewing and building for five years or so. And, yes, some of the liberal critiques of a Fox News-hyped campaign are well taken. Is this a wedge issue for the GOP? Of course it is. Are they using the term "critical race theory" as a cynical, marketing boogeyman? Of course they are. Are some dog whistles involved? A few. Are crude bans on public servants’ speech dangerous? Absolutely.

But does that mean there isn’t a real issue here? Of course it doesn’t.

Take a big step back. Observe what has happened in our discourse since around 2015. Forget CRT for a moment and ask yourself: Is nothing going on here but Republican propaganda and guile? Can you not see that the Republicans may be acting, but they are also reacting — against something that is right in front of our noses?

What is it? It is, I’d argue, the sudden, rapid, stunning shift in the belief system of the American elites. It has sent the whole society into a profound cultural dislocation. It is, in essence, an ongoing moral panic against the specter of "white supremacy," which is now bizarrely regarded as an accurate description of the largest, freest, most successful multiracial democracy in human history.

We all know it’s happened. The elites, increasingly sequestered within one political party and one media monoculture, educated by colleges and private schools that have become hermetically sealed against any nonleft dissent, have had a "social justice reckoning" these past few years. And they have been ideologically transformed, with countless cascading consequences.

Take it from a New York Times woke star, Kara Swisher, who celebrated this week that "the country’s social justice movement is reshaping how we talk about, well, everything." She’s right — and certainly about the NYT and all mainstream journalism. 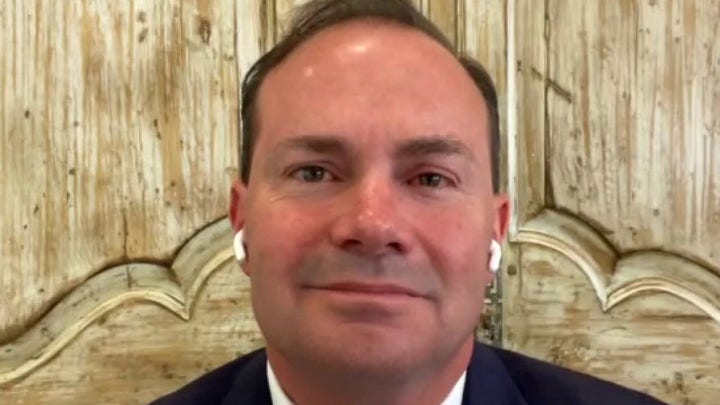 This is the media hub of the "social justice movement." And the core point of that movement, its essential point, is that liberalism is no longer enough.

Not just not enough, but itself a means to perpetuate "white supremacy," designed to oppress, harm and terrorize minorities and women, and in dire need of dismantling. That’s a huge deal. And it explains a lot.

The reason "critical race theory" is a decent approximation for this new orthodoxy is that it was precisely this exasperation with liberalism’s seeming inability to end racial inequality in a generation that prompted Derrick Bell et al. to come up with the term in the first place, and Kimberlé Crenshaw to subsequently universalize it beyond race to every other possible dimension of human identity ("intersectionality").

A specter of invisible and unfalsifiable "systems" and "structures" and "internal biases" arrived to hover over the world. Some of this critique was specific and helpful: the legacy of redlining, the depth of the wealth gap. But much was tendentious post-modern theorizing.

The popular breakthrough was Ta-Nehisi Coates’ essay on reparations in The Atlantic and his subsequent, gut-wrenching memoir, "Between The World And Me." He combined the worldview and vocabulary of CRT with the vivid lived experience of his own biography. He is a beautifully gifted writer, and I am not surprised he had such an emotional impact, even if, in my view, the power of his prose blinded many to the radical implications of the ideology he surrendered to.

The movement is much broader than race — as anyone who is dealing with matters of sex and gender will tell you. The best moniker I’ve read to describe this mishmash of postmodern thought and therapy culture ascendant among liberal white elites is Wesley Yang’s coinage: "the successor ideology."

The "structural oppression" is white supremacy, but that can also be expressed more broadly, along Crenshaw lines, to describe a hegemony that is saturated with "anti-Blackness," misogyny, and transphobia, in a miasma of social "cis-heteronormative patriarchal white supremacy."

And the term "successor ideology" works because it centers the fact that this ideology wishes, first and foremost, to repeal and succeed a liberal society and democracy.

In the successor ideology, there is no escape, no refuge, from the ongoing nightmare of oppression and violence — and you are either fighting this and "on the right side of history," or you are against it and abetting evil. There is no neutrality. No space for skepticism. No room for debate. No space even for staying silent. (Silence, remember, is violence — perhaps the most profoundly anti-liberal slogan ever invented.) 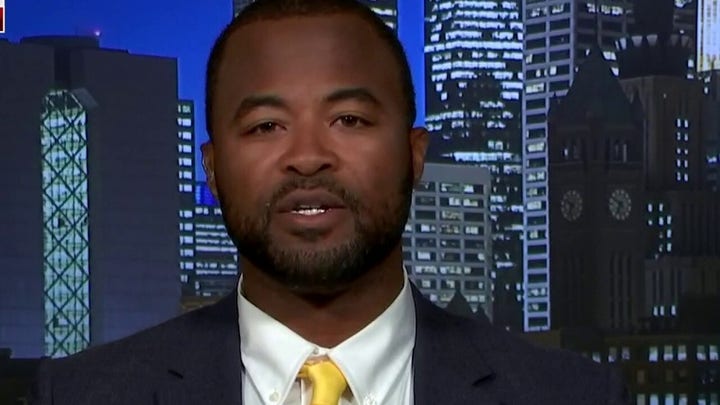 And that tells you about the will to power behind it. Liberalism leaves you alone. The successor ideology will never let go of you. Liberalism is only concerned with your actions. The successor ideology is concerned with your mind, your psyche, and the deepest recesses of your soul. Liberalism will let you do your job, and let you keep your politics private. S.I. will force you into a struggle session as a condition for employment.

At the moment, I’m recording an audiobook for a new collection of my writing, from 1989 to 2021, "Out On A Limb," to be published next month. (More to come on that next week.) It covers the Obama years, including my impression in May 2007 that he’d be the next president and why I found him so appealing a figure. It’s been a shocking reminder of how our politics has been transformed since then: 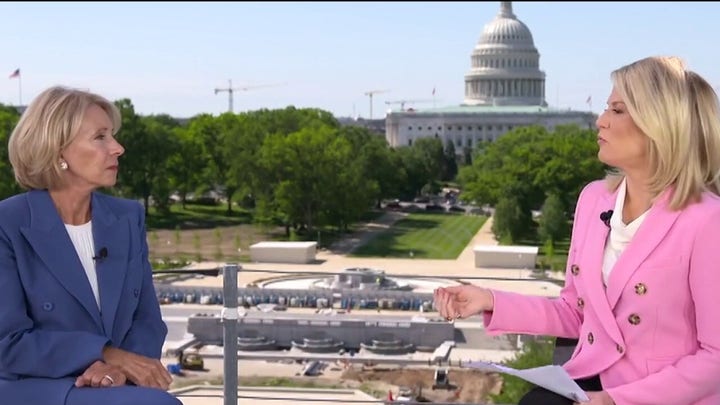 How much further can you get from the ideology of the 1619 Project — that rejects any notion of white contributions to black freedom? In his Jeremiah Wright speech, the best of his career, this is what Obama said of Wright’s CRT-inspired words, damning America:

They expressed a profoundly distorted view of this country — a view that sees white racism as endemic, and that elevates what is wrong with America above all that we know is right with America … The profound mistake of Reverend Wright’s sermons is not that he spoke about racism in our society. It’s that he spoke as if our society was static; as if no progress has been made; as if this country — a country that has made it possible for one of his own members to run for the highest office in the land and build a coalition of white and black; Latino and Asian, rich and poor, young and old — is still irrevocably bound to a tragic past.

This is what I still believe. Do you? 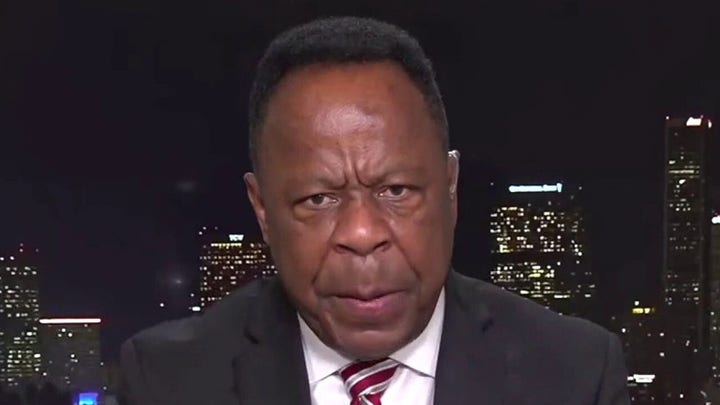 A plank of successor ideology, for example, is that the only and exclusive reason for racial inequality is "white supremacy." Culture, economics, poverty, criminality, family structure: All are irrelevant, unless seen as mere emanations of white control. Even discussing these complicated factors is racist, according to Ibram X. Kendi.

Obama was a straddler, of course, and did not deny that "so many of the disparities that exist in the African American community today can be directly traced to inequalities passed on from an earlier generation that suffered under the brutal legacy of slavery and Jim Crow." I don’t deny that either. Who could? But neither did he deny African American agency or responsibility:

It means taking full responsibility for own lives — by demanding more from our fathers, and spending more time with our children, and reading to them, and teaching them that while they may face challenges and discrimination in their own lives, they must never succumb to despair or cynicism; they must always believe that they can write their own destiny.

To say this today would evoke instant accusations of being a white supremacist and racist. That’s how far the left has moved: Obama as an enabler of white supremacy. You keep asking: What happened to me? I remain an Obamacon, same as I always have been. What, in contrast, has happened to you? 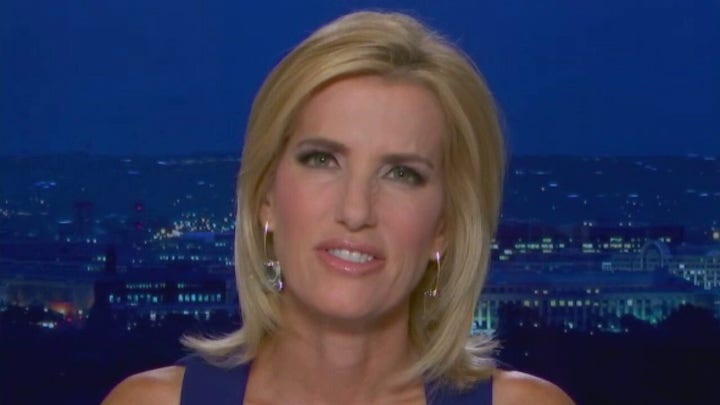 Look how far the left’s war on liberalism has gone.

Due process? If you’re a male on campus, gone. Privacy? Stripped away — by anonymous rape accusations, exposure of private emails, violence against people’s private homes, screaming at folks in restaurants, sordid exposés of sexual encounters, eagerly published by woke mags. Non-violence? Exceptions are available if you want to "punch a fascist." Free speech? Only if you don’t mind being fired and ostracized as a righteous consequence. Free association? You’ve got to be kidding.

Religious freedom? Illegitimate bigotry. Equality? Only group equity counts now, and individuals of the wrong identity can and must be discriminated against. Color-blindness? Another word for racism. Mercy? Not for oppressors. Intent? Irrelevant. Objectivity? A racist lie. Science? A manifestation of white supremacy. Biological sex? Replaced by socially constructed gender so that women have penises and men have periods. The rule of law? Not for migrants or looters. Borders? Racist. Viewpoint diversity? A form of violence against the oppressed.

We are going through the greatest radicalization of the elites since the 1960s. This isn’t coming from the ground up. It’s being imposed ruthlessly from above, marshaled with a fusillade of constant MSM propaganda, and its victims are often the poor and the black and the brown. It nearly lost the Democrats the last election.

Andrew Sullivan is founder of The Weekly Dish.