Pulling US troops out of Afghanistan too soon could be 'strategic mistake': Gen. Keane

Gen. Jack Keane discusses the impact of pulling American troops from Afghanistan on 'The Story with Martha MacCallum'

When an American president makes a decision on military deployment, the action sends signals to friends and foes alike around the globe.

Take for example President Joe Biden’s decision to withdraw the U.S. military presence in Afghanistan by September 11, 2021. Not only was this hasty and misguided, disregarding conditions on the ground, it was also a political message calculated for a front page or primetime talking point on the 20 year anniversary of the 9/11 attacks.

We can’t ignore the reality on the ground in Afghanistan. Many of the threats that brought us there in the first place are spreading through the region. The Taliban is gaining strength and threatening the Afghanistan government. They also threaten those who worked alongside our U.S. military and diplomatic personnel. President Biden’s announcement of a precipitous withdrawal emboldens the Taliban and their allies.

Once the United States military is gone, I’m concerned the Afghan government will struggle to hold on, giving space for extremist groups like al-Qaeda and rogue terrorist states like Iran to regroup for continued attacks against the U.S. And sadly, recent history would show that this is a very dangerous reality that could easily play out, in person or on social media.

U.S. military, intelligence, and homeland security agencies must be vigilant and clear-eyed about what the inevitable consequences of a rushed withdrawal from Afghanistan could mean to our homeland. We should not leave haphazardly and without a plan. And doing so, unconditionally and uncoordinated, may risk our national security. The American people know that what happens over a continent away can have a direct impact on their safety. 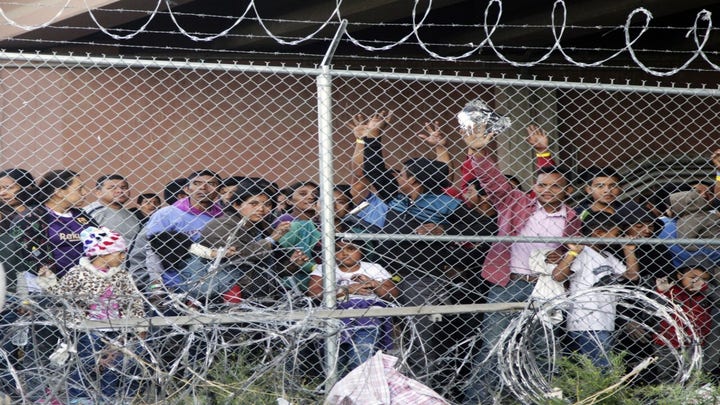 That’s why I’m introducing the Preventing Terrorism from Hitting America’s Streets Act. This bill will require our nation’s military, intelligence, and homeland security branches to take a cold, hard look at the increased risk that a hurried withdrawal from Afghanistan poses to our homeland.

Terrorists can hide in the masses creating the ongoing crisis at our southern border. Earlier this year, two Yemini men who were on the FBI’s terrorist watch list were detained at the southern border, and eleven Iranians were caught illegally entering our country. The radical extremists who planned and executed terrorist attacks on our own soil nearly 20 years ago also slipped into the country. Failed border security combined with no forward thinking or strategy around a potential terrorist resurgence in Afghanistan could lead to devastating consequences for our country.

U.S. military, intelligence, and homeland security agencies must be vigilant and clear-eyed about what the inevitable consequences of a rushed withdrawal from Afghanistan could mean to our homeland

That’s why this new bill will require our military, Intel, and homeland security officials to analyze and explain to Congress what kind of illicit activities are being carried out at our southern border by terrorist groups and our adversaries around the globe. My bill will also require an assessment of the potential for Afghanistan to be used as a base of operation for international terrorism after the withdrawal of our military. It’s forward thinking, and a step toward having some semblance of a plan.

I commanded troops overseas during Operation Iraqi Freedom. As a military leader, it was my responsibility to be on guard and always watchful against any threats to my troops and ultimately to our country. My fellow commanders realized the decisions we made there affected lives back here. It’s with this mindset and posture that the president and his administration must approach our drawdown in Afghanistan.

We cannot have a repeat of history. There needs to be a plan to ensure the safety and security of this country against any threats at home or abroad.

Republican Joni Ernst represents Iowa in the United States Senate. She is the first female combat veteran elected to the Senate and a former commander in the Iowa Army National Guard and a member of the Senate Armed Services Committee.