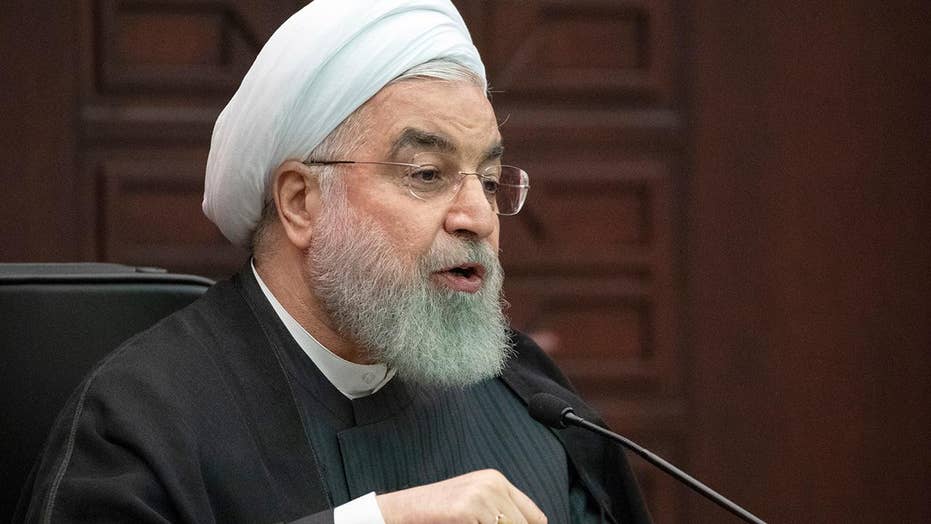 The annual opening session of the United Nations General Assembly is replete with high-level notable moments.

In 1960, Soviet Premier Nikita Khrushchev banged his shoe on the table to interrupt British Prime Minister Harold Macmillan’s speech. In 1974, Palestinian leader Yasser Arafat infamously delivered his remarks with a gun holstered to his side, in violation of U.N. protocol and international decorum. In 2009, Libyan leader Muammar Qaddafi ripped up the U.N. Charter.

And Wednesday Iranian President Hassan Rouhani spoke about creating a “Coalition of Hope” to guarantee stability and security in the Strait of Hormuz.

Rouhani’s suggestion that Iran will spearhead a multilateral organization comprised of the Gulf countries is a brazen attempt to persuade the international community that the Iranian regime is a sheep – not a wolf in sheep’s clothing. It indicates how foolish he believes the world is in viewing Tehran as the victim in the escalating conflict with the U.S. and Saudi Arabia. 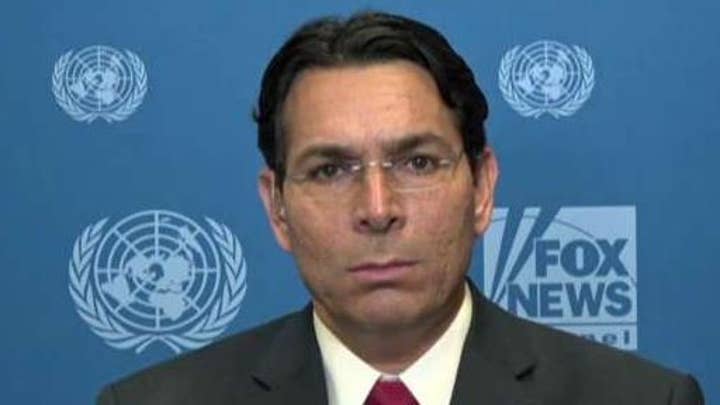 For years, Iranian Supreme Leader Ayatollah Ali Khamenei has trotted out his smiling and ecumenical puppet, Foreign Minister Javad Zarif, to lull the Iran nuclear deal signatories and the rest of the world into a false sense of security.

Khamenei bet that if Zarif was the face of Iran’s outreach his words would be taken at face value and no one would look at Iran’s actions. This strategy appeared to be paying off until the U.S. left the Iranian nuclear deal and imposed sanctions, exposing once again the true ambitions of the evil regime in Tehran.

Ignored in the negotiations that culminated in the nuclear deal was Iran’s vast network of terrorism. Iran funds terrorist organizations in Yemen, Iraq, Syria, Lebanon and the Gaza Strip to the tune of over $7 billion per year. These proxies, in turn, conduct operations around the world at the bidding of their Iranian patrons.

The threat Iran poses to the Middle East and the world is not just that of a nuclear-ambitious state with stated genocidal intentions, but also of the world’s greatest state sponsor of terrorism.

In recent weeks alone, Iran has demonstrated how it conducts its terror campaign. Indeed, these operations took place in the very region that Iran’s “Coalition of Hope” will supposedly protect: the Strait of Hormuz.

This strait is the most important transit point in the world, with over 20 percent of the global oil supply passing through this chokepoint. Keeping these waters open and secure is in the interest of every nation because the effects of any disruption in this narrow passageway affect every nation.

It is in this vital artery that Iran has harassed and attacked international shipping vessels. It is here that Iran launched an unprovoked attack against Saudi oil facilities, threatening the world’s energy supply.

Weeks later, Rouhani had the gall to take the podium at the largest international diplomatic gathering of the year and speak about Iran leading the charge to create the Hormuz Peace Endeavor. Iran’s duplicity knows no bounds.

Still, some leading European countries remain committed to appeasing Tehran. They are floating a $15 billion line of credit for Iran as a potential lifeline to ease the economic pressure and coax Tehran into staying in the nuclear agreement.

What these nations fail to realize, however, is that the Iranian danger is not simply a future one of potential nuclear capabilities. It is an immediate one of terrorism, bloodshed and blackmail. And despite their habit of feting Zarif at every opportunity and believing his silver tongue, it would be more important to pay attention to Khamenei’s actions.

Rouhani’s speech before the General Assembly Wednesday demonstrated just how gullible Khamenei believes the world is. His talk of Iran leading a “Coalition of Hope” for a Hormuz Peace Endeavor is only the most recent and brazen example of the regime distracting the international community from its aggression.

In response, the world’s leaders must recognize that in this escalation, Iran is the enemy of energy security, open markets, and a safer and more peaceful world.

Danny Danon is Israel’s ambassador to the United Nations.