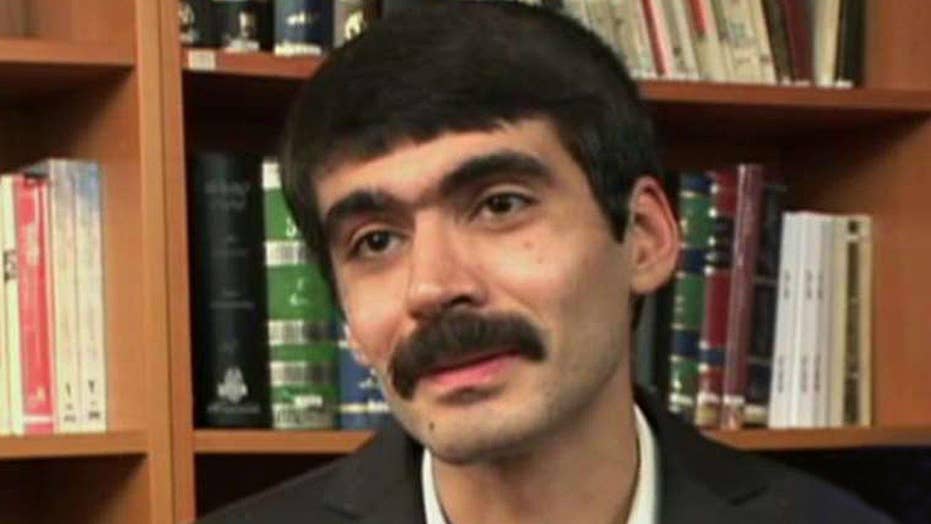 Fears terrorism will increase when Iran's sanctions are lifted

The heinous terrorist attacks in San Bernardino 12 days ago and in Paris last month were clear reminders of the growing threat of Islamic extremism. This vicious ideology continues to take new physical forms - once Al Qaeda, now ISIS. Their goal is to create an Islamic "state" capable of enforcing Sharia law by force and unwinding humanity's democratic achievements.

While the Sunni variant of fundamentalism desperately seeks to achieve this objective, the Shiite version in Tehran is well on its way. It should be confronted, not engaged.

Hotspots like Syria, Iraq, and Yemen have become a breeding ground for ISIS. In all of them, Tehran's fundamentalist regime - the world's largest state sponsor terror - plays a key role in the mayhem.

The Iranian regime’s regional agenda is, in the words of its Supreme Leader, “diametrically opposed” to that of the U.S.

Unless and until the U.S. government looks to solve the Iranian problem by falling back on the problem itself – the regime in Tehran – it will fail to instigate genuine change. It should start by challenging Tehran’s involvement in Syria and working to remove Assad from power as quickly as possible. That is the real solution to the growing threat of ISIS.

In fact, after the deadly Paris attacks, Tehran's officials and media quickly blamed France itself, with some suggesting that the French "deserved" these attacks because Paris supported ISIS against Syrian dictator Bashar Assad - a key Iranian ally.

Tehran is now trying to push a new narrative. For it, ISIS is a blessing in disguise because it conveniently justifies its destructive involvement in Syria and other countries. Now, the mullahs are attempting to convince western governments to join them in backing Assad. That is a dangerous proposition.

Yet in the aftermath of the nuclear deal, some in the West are optimistic about the theocracy being more open to political reforms. But the facts and the evidence do not support this perception. Instead of changing course in the region, Tehran is even more adamant that others should follow its destructive policies.

And if improved human rights are a sign of moderation, the situation in Iran has in fact worsened significantly under the supposedly “moderate” president Hassan Rouhani.

A new United Nations report says in the first nine months of this year, more than 690 people were executed in Iran, “likely putting the execution rate during the first half of 2015 at its highest in some 25 years.” This month, Tehran was censured for the 62nd time by the United Nations.

The U.N.’s special rapporteur Ahmed Shaheed made a chilling reminder that juveniles continue to be executed by the regime, and Amnesty International has called Iran one of the last remaining executioners of children in the world.

Women continue to be treated as second-class citizens. Last year, dozens of women had acid splashed on their faces because they were seen as violating the regime’s strict veiling laws.

Young girls are prevented from attending certain university courses like business management and English translation. And, the parliament (Majlis), under Rouhani, has passed a series of laws further marginalizing and disenfranchising half of the population.

Journalists, bloggers and opposition activists are routinely arrested by the regime. In one high-profile incident, a young blogger, Sattar Beheshti, was killed under torture.

According to the U.N. report, the regime continues to use a variety of torture methods, including the surgical removal of eyes and hand amputations - much like ISIS does in its "caliphate."

So much for moderation!

The Iranian regime is controlled by the Supreme Leader Ali Khamenei -- an equivalent of the "caliph" of the "caliphate." He makes all the final decisions that determine the strategic direction of the "Islamic" state.

A few days after the nuclear deal was announced, Khamenei warned, “We will never stop supporting our friends in the region and the people of Palestine, Yemen, Syria, Iraq, Bahrain and Lebanon. Even after this deal our policy towards the arrogant U.S. will not change.”

Iran's medieval regime cannot be reformed because any sign of moderation would provide an opening for the emergence of popular demands, which would mature into protests for democracy.

Unless and until the U.S. government looks to solve the Iranian problem by falling back on the problem itself – the regime in Tehran – it will fail to instigate genuine change. It should start by challenging Tehran’s involvement in Syria and working to remove Assad from power as quickly as possible. That is the real solution to the growing threat of ISIS.

Ultimately, the answer to Islamic fundamentalism lies in the hands of the Iranian people and Iran’s organized opposition, which is led by a Muslim woman, Maryam Rajavi. The removal of the epicenter of fundamentalism in Iran will ensure that the world is free of the vile threat of extremism for good.

Ali Safavi is a member of the Foreign Affairs Committee of the National Council of Resistance of Iran, which seeks the establishment of a democratic, secular and non-nuclear Iran.