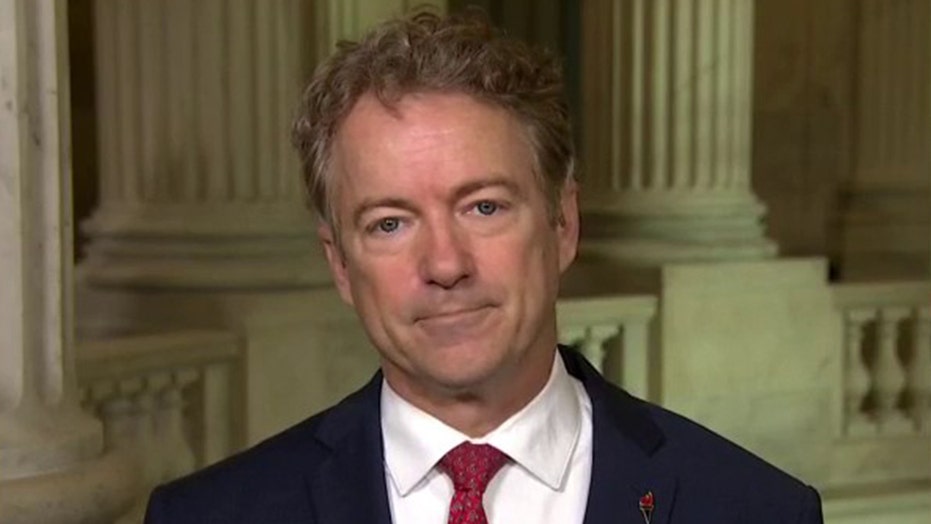 Sen. Paul: I don't think it matters what Bolton has to say

Kentucky Senator Rand Paul weighs in on the impeachment trial and the battle over witnesses.

The American people have seen a grand charade on display in Washington.

First, the circus toured the U.S. House for weeks, and now the sideshow has stopped over in the U.S. Senate. Democrats have accused President Donald Trump of using the government to go after his political opponents, yet they are doing the very same thing right now on the floor of the U.S. Senate.

They have wrongly weaponized the U.S. Constitution in order to go after their political opponent, President Trump. Does their hypocrisy have no shame? They have been bitter and disgruntled about the outcome of the 2016 election since day one, and this is the latest chapter in trying to undermine the will of the people and declare the last election illegitimate.

This partisan exercise is wrong, divides our nation, and wastes not only time but millions of taxpayer dollars on a doomed theatrical production.

House impeachment managers have railed against the president with marathon speechifying, hoping if they repeat untruths often enough, they will somehow become true. President Trump’s legal team has chosen a different approach: a succinct case, and one relying on facts, rather than hearsay. Their avoidance of gossip, speculation, rumor, half-truths, and outright lies has been warmly received in the greatest deliberative body on Earth.

But what was the delay in bringing the articles to the Senate? Speaker of the House Nancy Pelosi sat on the articles of impeachment for a month after the House voted for them, trying to leverage the Senate into adopting rules that would benefit House Democrats, at the expense of the president, the Senate, and any notion of fairness.

Her weeks-long delay fundamentally undercuts the “urgency” of impeachment. Either the impeachment needed to take place as soon as possible because President Trump was a threat to democracy — as Democrats claimed — or the impeachment could gather dust as long as the Speaker wanted. It can’t be both.

But political gamesmanship notwithstanding, consider the articles of impeachment themselves. The first article accuses the president of ‘abuse of power,’ for the ostensible “crime” of suggesting in a phone call that foreign aid to Ukraine would be conditioned on investigations of corruption — including corruption on the part of the Bidens and their associates.

Not only have previous presidents withheld foreign aid, including President Obama, but the United States has regularly conditioned aid on compliance with certain goals, principles, and policies. And plenty of people on both sides of the aisle have raised questions regarding the Bidens and Ukraine. However, President Trump is right when he says people need to read the transcript of the call that started all this. You won’t find conditionality in there. 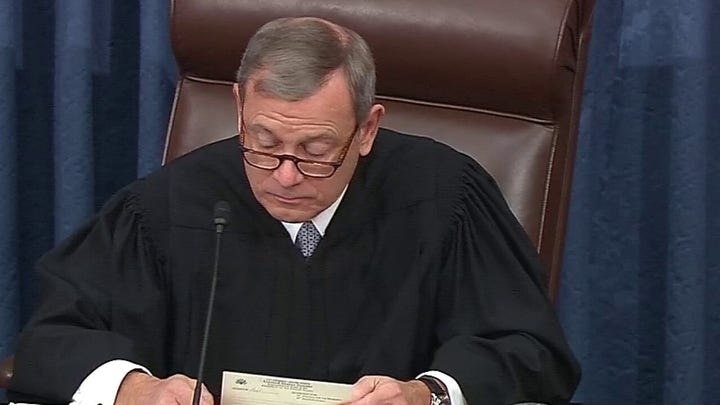 The second article, which accuses the president of “obstructing Congress,” is even more ridiculous and baseless than the first. Having the courts determine what conversations of the president and his advisors are privileged is not “obstruction” — it is correct, constitutional, and appropriate. Under House Democrats’ bizarrely stretched interpretation of “obstruction,” every single American president in history would have warranted impeachment.

Implementing their new “standard” would not only ignore that history, but it would have a chilling effect on the freedom of interaction between presidents and advisors moving forward. It would also distort the idea of separation of powers to one where a president is expected to instantly bow every time to whatever demands partisans in Congress make — or face impeachment.

The Democrats are not preserving justice with their end-run around our legal system. If anything, it is they who are abusing their power of impeachment simply because of their impatience.

If we truly want to talk about obstruction, however, there is no more conspicuous case than the obstruction and deception perpetrated by Rep Adam Schiff, D-Calif. — the head chef of this toxic impeachment stew.

Mr. Schiff told us there was no FISA abuse on the part of partisan senior members of the FBI and DOJ — a claim the Obama-appointed Inspector General of the Department of Justice proved to be wholly false.

Mr. Schiff told us that President Trump’s campaign colluded with Russia — a claim the endless and baseless Mueller investigation found to be false.

Mr. Schiff claimed he had no contact with the so-called whistleblower, whose discredited allegations became the basis of this impeachment scam — this too has been proven false.

Though witnesses are not necessary for this trial, should they be called, Adam Schiff must be among them. He is a fact witness to the matter at hand.

It seems Democrats will do anything to avoid having to persuade the American voter to embrace their increasingly radical and unpopular political platform.

As we move toward the end of the impeachment trial, it is imperative the American people remember that the president’s only true “impeachable” offense was winning the 2016 election — against all odds, and against the coordinated opposition of the establishments of both parties, the Bush and Clinton dynasties, the mainstream media, Wall Street, and the Deep State.

The only quid pro quo relevant here is the American people’s decision to send President Trump to the White House in exchange for his commitment to support our workers, grow our economy, defend our troops, and drain the swamp.

The president has kept his promises, and America will remember in November.