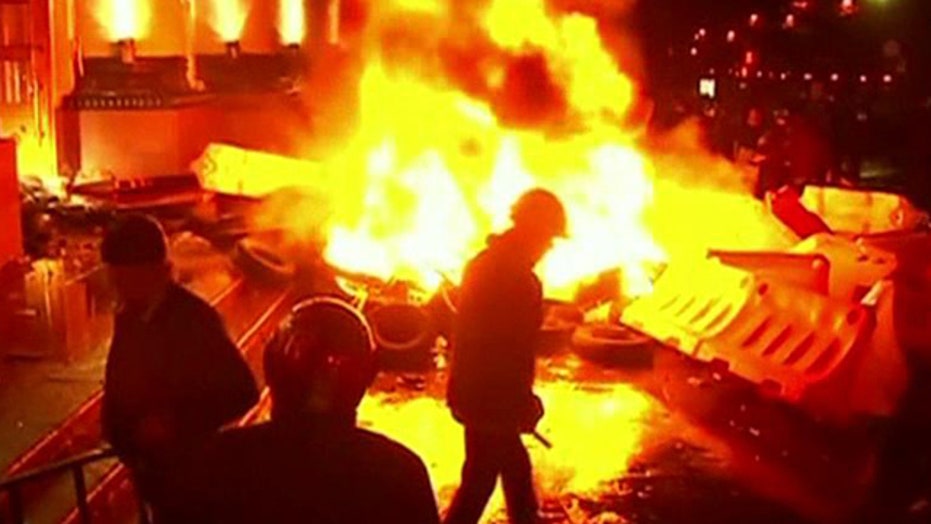 Since the end of the Cold War, security for Western Europe has been premised and organized on the assumption of a Westernizing Russia.

As the recent Crimean crisis has demonstrated, however, Russia in the Putin years has become more authoritarian and more aggressive in trying to intimidate its neighbors.

The collective trans-Atlantic hope that Russia would move forward to enshrine individual liberties, develop a diversified economy, protect its public from criminal depredation, abide by the rule of law and establish government accountability has been proven unrealistic.

America and its NATO allies should reconsider their collective defense choices. European security is a serious proposition once again.

The collective trans-Atlantic hope that Russia would move forward to enshrine individual liberties, develop a diversified economy, protect its public from criminal depredation, abide by the rule of law and establish government accountability has been proven unrealistic.

The collective trans-Atlantic hope that Russia would move forward to enshrine individual liberties, develop a diversified economy, protect its public from criminal depredation, abide by the rule of law and establish government accountability has been proven unrealistic. And Putin is adroitly explaining Russia’s failure as rejection of those values. The Russian leadership is peddling a narrative of grievance: Russian grandeur denigrated by the West, and Russia returning to strength on its own.

NATO labored to build a cooperative relationship with Russia even as it expanded the alliance over Russian objections.

NATO restrained itself, agreeing not to build bases or permanently station military forces on the territory of new members, reducing its nuclear arsenal by 90 percent, limiting military exercises both in size and type so that Russia would not seem to be the threat or feel threatened.

One could even argue that the dramatic reductions in defense spending by most NATO members have been a confidence-building measure.

Russia has not responded in kind to any of these initiatives. In fact, it has rejected all of NATO’s overtures. It has not repositioned its forces away from NATO countries. It has not reduced its bloated tactical nuclear weapons.

It has simulated nuclear attacks on NATO countries in large-scale military exercises along NATO borders.

It has never allowed the treaty limiting conventional military forces to go fully into effect. It has been increasing defense spending by 10 percent per year, resulting in a highly capable military force. And it has been, in President Obama’s words, “behaving like a 19th century power.”

If “a Europe whole and free” – the peaceful and prosperous European order sought after the end of the Cold War – is to be sustained, NATO allies need to take actions that will prevent Russia from concluding that military force will achieve its aims.

If the Russian government insists on behaving like a 19th or 20th century imperialist power, we must show that NATO cannot be coerced or bullied. Not only will bringing military force into the equation re-establish our strength, but preventing the success of Russia’s approach will discourage it as a model elsewhere.

NATO foreign ministers have now agreed to sever all civilian and military cooperation with Russia. They have also directed NATO’s supreme allied commander to propose measures that will reassure NATO allies most exposed to Russian intimidation. This “reassurance package” will be most effective if it avoids symbolic gestures and concentrates on practical means of demonstrating the shared burdens that characterize NATO’s political and military unity.

The Alliance should reconsider its decision not to station military forces on the territory of members admitted after 1991. This policy was always contingent on there being no need to protect member states from Russia.

But Russia’s behavior has now justified more emphasis on our common defense, and the best way to demonstrate our solidarity and strengthen Alliance defenses against the kind of land grab Russia undertook against Crimea – and threatens anyplace Russians live – would be to rotate multinational NATO units in allied countries that border Russia.

NATO countries already participate in multinational units tasked with deploying throughout and beyond the NATO area. Command and participation rotate among nations. These forces could be increased and the basing structure built (NATO even has an infrastructure account for jointly funding priority common defense projects) where the force could be deployed in the event of Russian threats or military buildups. Ground forces have a particular resonance and should be given priority.

The United States could underscore its solidarity by halting its scheduled reductions of troops stationed in Europe, including combat forces in military exercises (in which we have previously limited participation to combat service support units), and rotating forces to Europe more regularly than current budget choices make preferable for the Army. Scheduling exercises that demonstrate the speed with which U.S. forces not stationed in Europe can flow in would also be a useful reminder of our strength.

We should not undertake gestures that sound tough in Washington but are of little value militarily.

For example, revising missile defense proposals is a bad idea, because the system isn’t operationally capable of defending NATO members against Russian missiles and because we will look the hypocrites, having long argued the shield was not intended to deal with Russian systems.

NATO is perennially concerned about adequacy of defense spending; every few years a new program is conjured to encourage greater defense spending by allies – notwithstanding that defense spending is an input measure, not a gauge of whether a nation’s efforts are strengthening the common defense.

These typically have little effect, and, given economic pressures, they would unlikely be adopted uniformly now. Moreover, while additional resources would be welcome, NATO allies ought not forget that spending is a relative, not an absolute, measure – and compared to Russia, the West has significant advantages in resourcing.

Another allied policy Russian behavior occasions reconsidering is nuclear burden sharing. NATO has a robust consensus on the role of nuclear weapons in its defense strategy: They exist to deter any attack on our territory.

Deterrence is strengthened by widespread participation in the nuclear mission. Until now, members that joined NATO after 1991 have not been operationally involved; several of them seek to be, and the current distribution of responsibility is not sacrosanct. Much more creativity could and should be employed participation in NATO’s nuclear forces. We do not propose basing nuclear weapons in the newer members of the Alliance, but we do believe the time has come to examine how pilots from those nations might be integrated into NATO composite nuclear-roled squadrons, and into where and how the Alliance’s civilian leadership engages in nuclear planning and exercises.

France should definitely not continue delivery of ships to the Russian military. Members will be understandably concerned about setting a precedent (will German automakers, British bankers and American realtors also be compensated?).

Jeff Lightfoot’s suggestion that NATO purchase the amphibious command ships has great merit, although we would advocate using NATO’s current cost-sharing formula rather than leaning on the U.S. for the majority of funding.

We would take the idea even further, manning the ships with multinational crews and stationing one in the Baltic and one in the Mediterranean.

Other useful reminders of the military strength of the Western alliance would be increased maritime surveillance and operations in the Baltic Sea and approaches to the Atlantic Ocean, earlier engagement of Russian aircraft approaching allied airspace and military exercises with non-NATO allies on Russia’s periphery that share our concern about Russian military moves.

Russia’s aggression in Ukraine necessitates NATO bolstering its defenses to protect our allies and to signal our seriousness of purpose to the Putin government. NATO has numerous practical military measures it can undertake to strengthen the West: building basing in NATO’s east, deploying multinational units routinely, temporarily suspending reductions of U.S. forces stationed in Europe, expanding NATO’s military exercises and increasing U.S. involvement in them, opening participation in NATO’s nuclear deterrence to all its members, jointly buying and manning ships for stationing in the Baltic and Mediterranean.

The Alliance ought to focus on such practical ways of showing our common purpose.

Franklin Miller served as a senior official in the Defense Department and on the NSC staff during a 31 year government career.