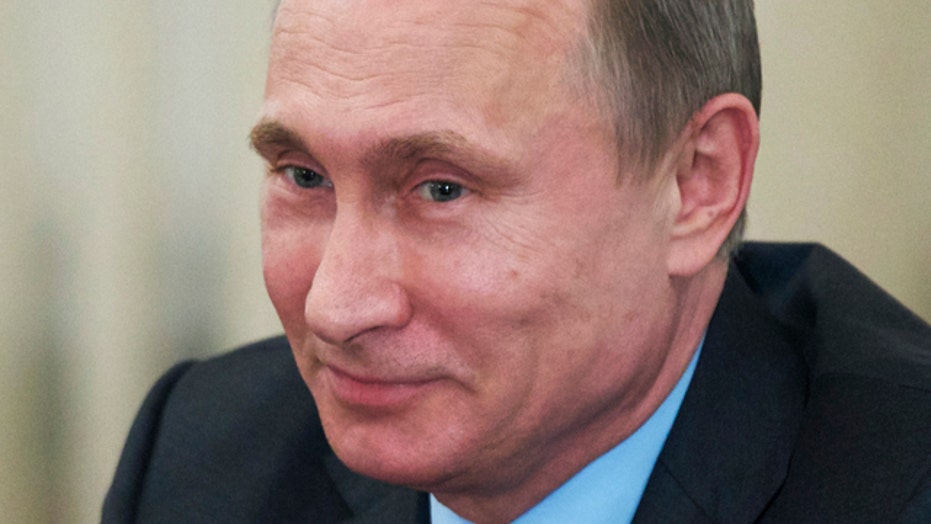 Secretary of State Kerry met with his counterpart Russian Secretary Lavrov in Paris Sunday to discuss the crisis in Ukraine. The meeting was preceded by a phone call from Russian President Putin to President Obama just a day before.

Putin’s phone call to the White House was widely interpreted as a signal to Obama that Russia might finally come to its senses and opt for a diplomatic solution to the crisis in Ukraine.

Unfortunately, what Obama failed to understand from Putin’s overture was that Russia wants its own version of a “diplomatic solution” – one that does not let Ukraine have a say in its destiny nor even offer a rational reason for shutting out the country’s leadership.

Russian’s version of a diplomatic solution is the potential break up of Ukraine and the first step in Putin’s ultimate goal: the reassembling of the former Soviet Union.

Rumors quickly spread in Ukraine about what this spur of the moment meeting in Paris between Kerry and Lavrov might mean. The conclusions were all the same: the federalization of Ukraine.

This idea is nothing new for Ukraine as Russian officials and state-run television has been ‘graciously suggesting’ federalization for a while now, without much success from the country’s Ukrainian counterparts.

Now Russians have made it official, on the international level, about what their plan is  for Ukraine.

So what could federalization mean to Ukraine? And what would it mean to Russia?

Federalization, the way Russia is proposing it, it would mean the formation of autonomous states within Ukraine, where every region could decide its own budget, laws, and governance, without the consent of Ukrainian government as a whole. The purpose of a central government would then be just for show, it would have very little authority over the Ukrainian states.

Russians are now feeling absolutely brilliant about their plan to legally break up Ukraine.

It's as if they told Ukrainians, “OK, so we want to own your country, sort of.  It would feasible if you just divide it up into smaller bites for us. That way it will be easier to swallow.”  Gosh, is this ‘plan’ is even worth four hours of talks between Lavrov and Kerry? It’s so perfect and smart it should be too ridiculous to even discuss it.”

Over the weekend, it became clear that Russia has found a ‘diplomatic solution’ to divide Ukraine and make it part of Putin’s empire.

After the Paris meeting, Kerry said “No decisions about Ukraine without Ukraine.” Ukrainians gave a collective sigh of relief. They had feared that Kerry might agree to federalization as an option just to resolve matters with Russia.

Oddly, this still seems to be the hope of the Obama’s presidency. He wants to get things right with Russia. But it’s a fool’s errand, the idea that the leader of the United States could talk some sense into Putin. Putin is a man who lost his senses a long time ago. It looks silly when Putin tells Obama to jump and he jumps, when the president of the United States agrees to pointless diplomatic talks instead of taking any real action.

The only thing Putin understands is power that’s a match for him. If he is not threatened he will not be stopped.

If America’s current naïve foreign policy continues, the results will be disastrous.

Tetyana Shvachuk is a Ukrainian-American political activist and writer. She is CEO of Enlightened Beauty and will be publishing her first book in 2014.
ADVERTISEMENT