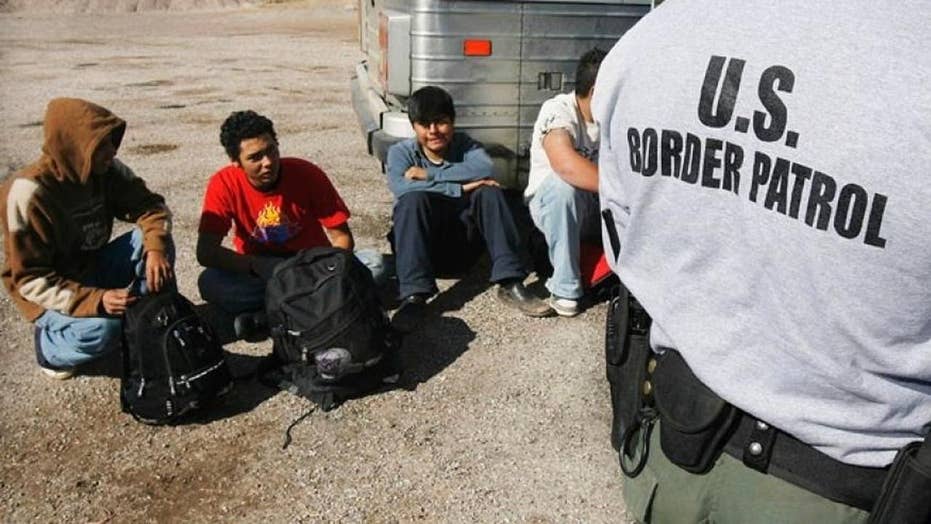 Is President Trump being more generous than President Obama?

The New York Times describes 11 million people – those who are living in the country illegally – as sleepless with anxiety, waiting for the “fists pounding on the door, the agents in black, the van ride, the cell.” Who has thrown such fear into this community? How about the Left, aided and abetted by the liberal media, which has purposefully distorted President Trump’s immigration policies, characterizing them erroneously as a radical departure from past practices?

In a feverish blast to donors sent out yesterday, the Democratic Legislative Campaign Committee claims that “Donald Trump plans to add thousands of immigration agents and begin deporting “almost all” undocumented immigrants.”

That is, excuse the expression, fake news. Trump is doing no such thing. In fact, he recently hinted that he would most likely abide by President Obama’s Deferred Action for Childhood Arrivals, allowing the 740,000 people covered by that initiative to stay in the country. In addition, the new guidelines rolled out by Homeland Security indicate that people who have lived in the country for two years or more will not be vulnerable to “expedited removal.” Trump also has made it clear that he would prioritize deporting criminals.

The hysteria over recent ICE operations is a great example of how Trump’s policies are being misrepresented. Last week, Immigration and Customs Enforcement officials arrested 680 individuals, “stoking fears that the Trump administration is increasing the arrests and deportations of undocumented immigrants,” as The Times reported.

Another news organization proclaimed that “panic” and “terror” is…running through immigrant communities in the U.S. following raids carried out across at least six states as part of Donald Trump’s pledge to crack down on illegal immigrants.”

But the head of ICE in LA said, "These operations take weeks and sometimes months of planning, so this operation was in the planning stages before the current administration came out with the executive orders."

In other words, the raids had nothing to do with Trump.