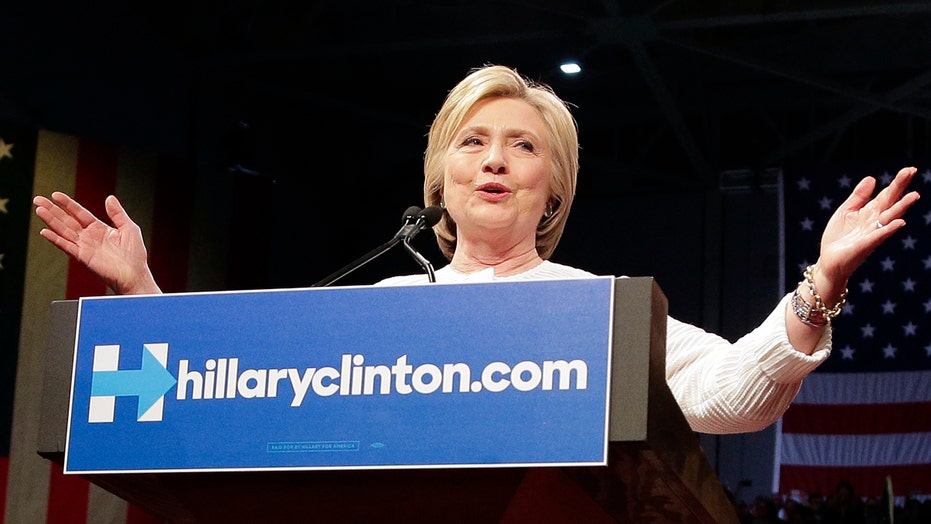 Hillary Clinton clinching the Democratic Party nomination isn't a victory for women, it's a betrayal.

As a former leader within the American feminist establishment I cringe every time I realize that someone as corrupt and incompetent as Hillary Clinton filched this milestone from the nation.

Courtesy of Mrs. Clinton, we are now saddled with something truly historic: the first time an American political party has nominated a person under investigation by the Federal Bureau of Investigation.

Moreover, two days after that nomination and on the very day President Barack Obama endorsed Mrs. Clinton, the White House itself confirmed the DOJ examination into her use of a private server was, in fact, a "criminal" investigation.

But those aren't the only historical firsts for Mrs. Clinton. She is also the only nominee in history to have a former staff person, the IT person who set up and managed her homebrew computer servers, plead the 5th Amendment out of fear discussing his work for her could lead to criminal prosecution.

When Mrs. Clinton won the New Jersey and California primaries on June 7, she officially hoovered up the necessary delegates for the nomination, and the legacy media made sure to hector everyone. On MSNBC we were told we should pause in awe of the accomplishment. Guest Maria Shriver agreed,

"I hope we pause not only to think about how this is historic and unprecedented for her, for women, but about all the people that made this moment possible, all the women who went before her, all the women whose shoulders she stands on..."

As a newsflash for Ms. Shriver, those on whose shoulders Hillary stands includes Russia. After presenting them a much-ballyhooed "reset," her new friend annexed Crimea, went to war with Ukraine, threatens NATO, and harasses NATO nations. Russia also became the power-broker in the Middle East, filling the power vacuum Mrs. Hillary's State Department left behind.

Then there's ISIS, which needed a safe, ungoverned space within which to grow, and Hillary gave them Libya. For some reason, emboldened terrorists then thought they could attack an American consulate in Benghazi, murdering our ambassador and 3 others, with no repercussions. And they were right.

Then there are the shoulders of Bryan Pagliano, Huma Abedin and Cheryl Mills, a gaggle of Clinton aides who are the enablers of a secretary of State so paranoid, controlling and careless that she decides to set up a completely autonomous (and unsecured) email server system with which to conduct federal business.

The latest on the email server debacle? The Associated Press is reporting Mrs. Clinton's exposed emails could have revealed the names of CIA agents. The Wall Street Journal is also now reporting Clinton homebrew emails dealt with CIA drone strikes in Pakistan.

Russia. ISIS. Benghazi. Collapse of the Middle East. Genocide of Christians. 250,000 people dead in Syria, a refugee crisis on the scale of World War II, and the inexplicable decision to set up an email server that is likely still compromising national security. Big, bloody, disastrous shoulders, indeed.

Knowing her history will forever be established as what 'the woman' brought to the table, any woman with this track record, who truly wants women and girls to be inspired and proud, would never have run for president.

For trailblazers the responsibility isn't just the act of winning; it comes with the additional requirement of a moral grasp of the standard this person creates as "the first."

It is an obscene turn of events that the first woman nominated for the presidency is a person so morally bankrupt she lied to the families of the Benghazi fallen, as she stood next to the caskets of the dead and their loved ones.

Mrs. Clinton is so devoid of conscience she claims her nomination is a victory for all women as she brings to the table a history of lies, abandonment, failure and excuses. Yet, she believes she deserves a promotion because... Woman.

I also want a woman in the White House, and we'll get one, and most of us know we'll get one, but it doesn't have to be Monica's ex-boyfriend's wife.

I also know that woman had better know what she's doing and do it well. Unlike Hillary, who is insisting that she as a woman can do whatever a male president can do, but continues to say she'll put her husband in charge of the economy "because he knows how to do it."

Hillary Clinton represents everything that is wrong with the leftist American feminist movement and our disconnected and corrupt political system. She's a favorite of the establishment because she'll protect the bureaucracy's secrets and continue with the expected wealth and power distribution amongst the members of their private power club.

Hillary Clinton may be the first women nominee by a major party, but there's still time to make sure she does not become the first woman president. Why? Because little girls, women, and the men who love them all deserve a trailblazer they can be proud of.